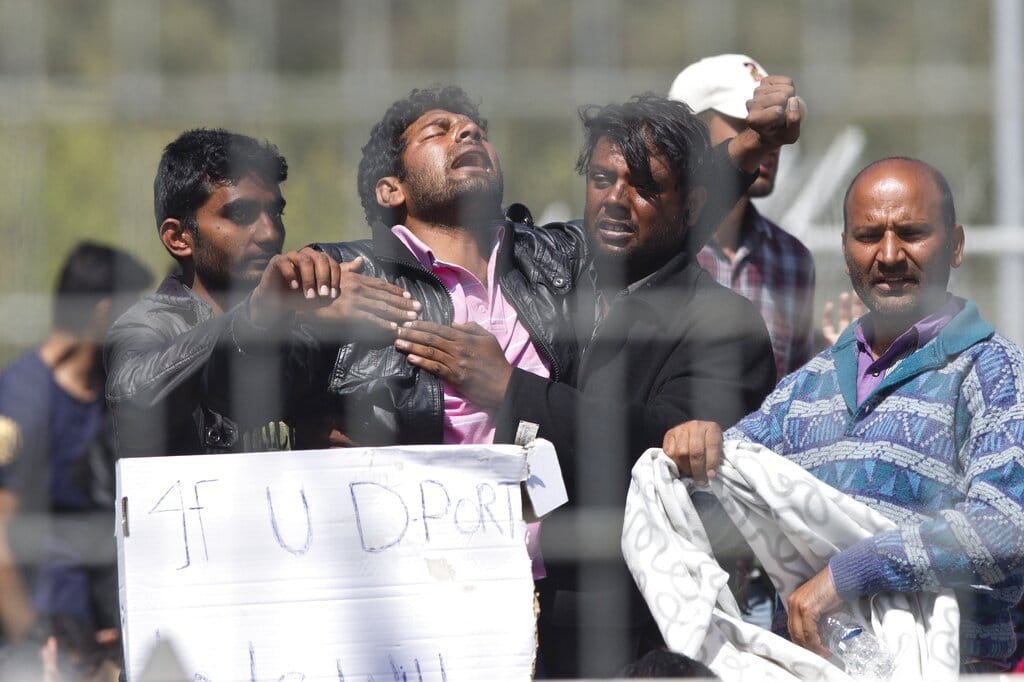 The five-year-old agreement between Turkey and the EU limiting migrants from entering Greece may be renewed. While human rights activists have criticized it, European leaders say it has been a success. The Associated Press has the story:

BRUSSELS (AP) — Five years after it was signed, the widely-criticized deal between the European Union and Turkey aimed at preventing migrants from entering Greece no longer works, but the Europeans insist it has served them well and will do so again. Not only that, they want to do similar deals in northern Africa.

Recent signals from Brussels and Ankara suggest that an arrangement will be found to resuscitate the March 2016 “EU Turkey Statement” — which reduced migrant arrivals into the Greek islands to a relative trickle in a couple of years — and an update of its terms is likely.

“I think it should continue to be implemented and continue to be the key framework for cooperation on migration,” EU foreign policy chief Josep Borrell said Monday, a week before he submits a report to a summit of the 27-nation bloc’s leaders on the troubled state of EU-Turkey ties.

For Borrell, the deal saved lives, stopped most people trying to cross the Aegean Sea to islands like Lesbos and Samos, and improved the circumstances of refugees in Turkey. But for aid groups, it created open-air prisons where thousands have languished in squalid conditions while others were blocked in Turkey.

Eve Geddie, Director of Amnesty International’s EU office, said that five years on, “15,000 women, men and children remain trapped in overcrowded camps.” She said it highlights the EU’s willingness to strike deals “based purely on political convenience with little regard for the inevitable human cost.”

“It has become crystal clear that outsourcing the EU’s migration management to non-EU countries is neither a humane, sustainable or workable solution,” she said.

The agreement was drafted in a panic after the arrival of well over 1 million people in Europe in 2015, many of them Syrians and Iraqis fleeing conflict, sparked one of the EU’s biggest ever political crises as countries bickered over how to manage the arrivals.

Under it, the EU offered Turkey up to 6 billion euros ($7.1 billion) in aid for Syrian refugees on its territory, visa-free travel for Turkish citizens and fast-track EU membership talks to persuade Ankara to stop tens of thousands of migrants setting out for Greece.

It all involves some legal sleight of hand; Europe’s top court has no jurisdiction over its terms.

It was a one-for-one arrangement. For every migrant that Turkey took from the Greek islands, a Syrian would be resettled from Turkey to the EU. Since March 2016, according to EU figures, Turkey took 2,140 people, plus 601 under an arrangement with Greece, while the EU resettled 28,621 people.

The impact of the agreement was immediate. Arrivals from Turkey plummeted within two years, but the disputes among EU countries continue today.

The deal itself ground to a standstill a year ago as the coronavirus spread and after Turkey, angered by a lack of EU support for its invasion of northern Syria, gave approval for thousands of migrants to leave, sparking clashes at the Greek border.

More than 3,000 people who were in Greece have found new homes in 13 European countries since April. None have been sent to Turkey.

EU trying to help migrants who remain in Turkey

Still, the money continues to pour in — indeed the EU recently extended two programs for Syrian refugees in Turkey worth almost half a billion euros (nearly $600 million). The money doesn’t go to the government, but the migrants’ spending will flow into the Turkish economy.

The visa and accession talks, however, have been at a standstill for years and are unlikely to budge.

“Turkey has fulfilled all of its obligations since 2016,” Cavusoglu said, and he encouraged the Europeans to respond to Turkey’s proposals to upgrade the agreement, which he said includes support for refugees willing to go back to Syria.

“We now need to ensure the Syrians’ voluntary, secure and honorable return and we have to meet the basic humanitarian needs of those who return,” he said.

That leaves the EU in a bind. The Europeans don’t consider Syria a safe country to send refugees. But Turkey has maneuvered itself to the center of Europe’s interests. It plays a role in Syria and Libya — another source of many migrants — and is a key player in talks on the divided island of Cyprus resuming next month.

Despite the challenges, EU foreign and interior ministers discussed again this week how to develop better “partnerships” with other countries that migrants leave or transit, mostly in Africa, using trade, development assistance, investment, education and visas as carrots and sticks.

Dutch Greens EU lawmaker Tineke Strik told The Associated Press that the EU-Turkey deal “opened the door to shift responsibility for the reception of refugees to countries outside Europe. This outsourcing increases the risk of human right violations of refugees, without the EU taking action against it. More of the same deals means more repression of refugees and less solidarity.”