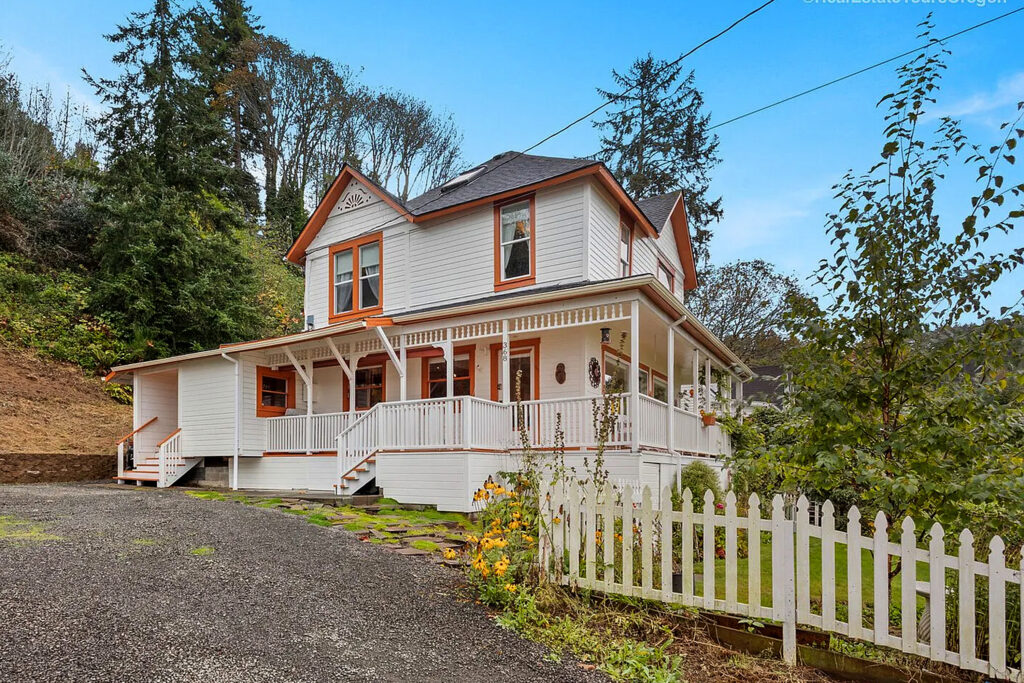 The likely new owner of a Victorian-era home in Astoria, known as “The Goonies” house, is a fan of the classic coming-of-age movie about friendships and treasure hunting, and he promises to preserve and protect the landmark, says listing agent Jordan Miller of John L. Scott Real Estate. The Associated Press has the story:

The listing agent for the Victorian home featured in the “The Goonies” film in Astoria, Oregon, said this week the likely new owner is a fan of the classic coming-of-age movie about friendships and treasure hunting, and he promises to preserve and protect the landmark.

The 1896 home with sweeping views of the Columbia River flowing into the Pacific Ocean was listed in November with an asking price of nearly $1.7 million.

Jordan Miller of John L. Scott Real Estate said the sale is expected to close in mid January, The Oregonian/OregonLive reported. The new owner, a self-described serial entrepreneur, will make his name known at that time, Miller said.

Since the movie came to theaters in 1985, fans have flocked to the home in northwestern Oregon’s historic port of Astoria. The city celebrates Goonies Day on June 7, the film’s release date, and welcomes thousands of people for the event.

An offer was accepted six days after the house was listed, according to public record.

“After the word spread that the property was for sale, we received multiple offers, at asking price and higher, and we have a full backup offer,” Miller said.

Seller Sandi Preston is passing along movie memorabilia she has collected or has been given, and some of the furniture in the home, restored to its original 1896 style, may also be sold to the buyer, according to Miller.

Preston was known to be largely welcoming to visitors. But she lived in the house and the constant crowds were a strain that prompted her at times to close it to foot traffic.

After the film’s 30th anniversary drew about 1,500 daily visitors in 2015, Preston posted “no trespassing” signs prohibiting tourists from walking up to the property. She reopened it to the public in August.

Based on a story by Steven Spielberg, the film features a group of friends fighting to protect their homes from an expanding country club and threats of foreclosure. In the process, they discover an old treasure map that leads them on an adventure and allows them to save their “Goon Docks” neighborhood.