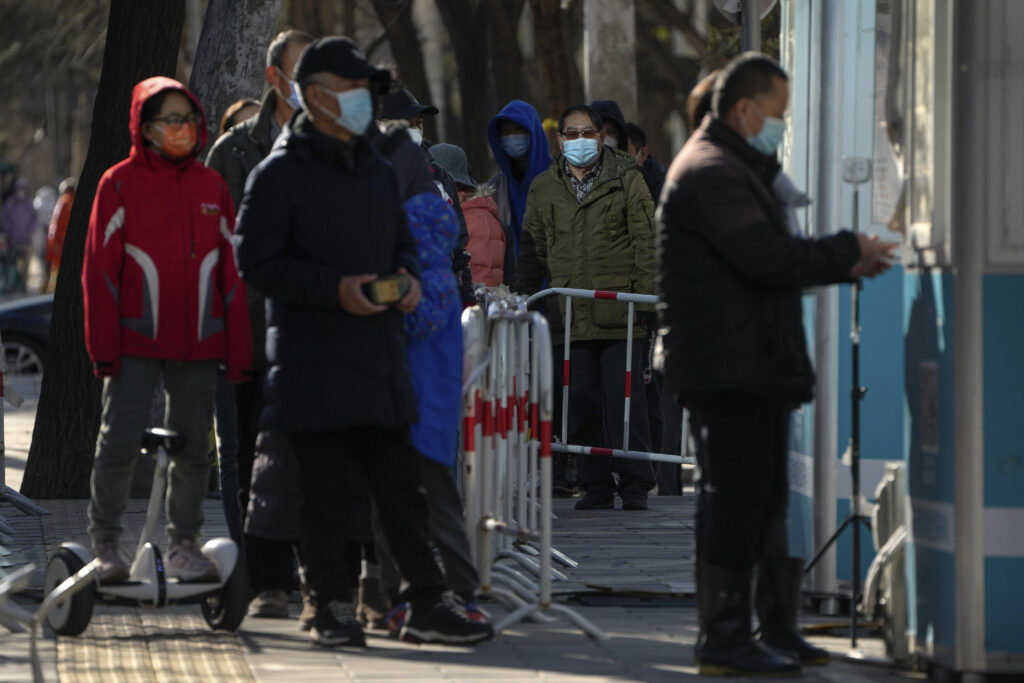 China reported two more deaths from COVID-19 as some cities move cautiously to ease anti-pandemic restrictions following increasingly vocal public frustrations. The National Health Commission said one death was reported each in the provinces of Shandong and Sichuan. No information was given about the ages of the victims or whether they had been fully vaccinated. The Associated Press has the story:

The National Health Commission said one death was reported each in the provinces of Shandong and Sichuan. No information was given about the ages of the victims or whether they had been fully vaccinated.

China, where the virus first was detected in late 2019 in the central city of Wuhan, is the last major country trying to stop transmission completely through quarantines, lockdowns and mass testing. Concerns over vaccination rates are believed to figure prominently in the ruling Communist Party’s determination to stick to its hard-line strategy.

Given those figures and the fact that relatively few Chinese have been built up antibodies by being exposed to the virus, some fear millions could die if restrictions were lifted entirely.

Yet, an outpouring of public anger appears to have prompted authorities to lift some of the more onerous restrictions, even as they say the “zero-COVID” strategy — which aims to isolate every infected person — is still in place.

The demonstrations, the largest and most widely spread in decades, erupted Nov. 25 after a fire in an apartment building in the northwestern city of Urumqi killed at least 10 people. That set off angry questions online about whether firefighters or victims trying to escape were blocked by locked doors or other anti-virus controls. Authorities denied that, but the deaths became a focus of public frustration.

The country saw several days of protests across cities including Shanghai and Beijing, with protesters demanding an easing of COVID-19 curbs. Some demanded Chinese President Xi Jinping step down, an extraordinary show of public dissent in a society over which the ruling Communist Party exercises near total control.

Beijing and some other Chinese cities announced that riders can board buses and subways without a virus test for the first time in months. The requirement has led to complaints from some Beijing residents that even though the city has shut many testing stations, most public venues still require COVID-19 tests.

While many have questioned the accuracy of the Chinese figures, they remain relatively low compared to the U.S. and other nations which are now relaxing controls and trying to live with the virus that has killed at least 6.6 million people worldwide and sickened almost 650 million.

China still imposes mandatory quarantine for incoming travelers even as its infection numbers are low compared to its 1.4 billion population.