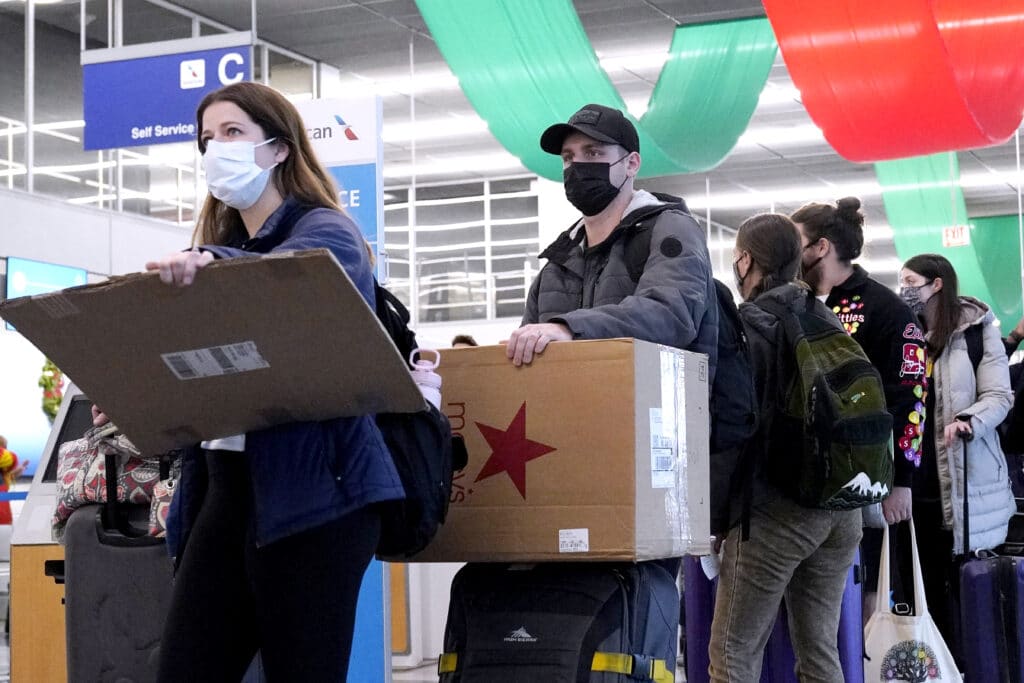 A federal judge’s decision to strike down a national mask mandate, was met with cheers from travelers and concern in government over whether it is really time to lift the mandate. Transportation Security Administration announced it wouldn’t enforce a January 2021 security directive that applied to airplanes, airports, taxis, and other mass transit. As reported by the AP:

The Federal ruling still gave certain entities the option to keep their mask rules in place, resulting in directives that could vary from city to city

ST. PETERSBURG, Fla. (AP) — A federal judge’s decision to strike down a national mask mandate was met with cheers on some airplanes but also concern about whether it’s really time to end one of the most visible vestiges of the COVID-19 pandemic.

The major airlines and many of the busiest airports rushed to drop their requirements on Monday after the Transportation Security Administration announced it wouldn’t enforce a January 2021 security directive that applied to airplanes, airports, taxis, and other mass transit.

Passengers on a United Airlines flight from Houston to New York, for instance, could ditch their masks at their departing airport and on the plane, but have to put them back on once they land at Kennedy Airport or take a subway, the federal ruling stated.

In a 59-page lawsuit ruling, U.S. District Judge Kathryn Kimball Mizelle in Tampa said the U.S. Centers for Disease Control and Prevention overstepped its authority in issuing the original health order on which the TSA directive was based. She also said the order was fatally flawed because the CDC didn’t follow proper rulemaking procedures.

Mizelle, an appointee of former President Donald Trump, said the only remedy was to throw out the mandate for the entire country because it would be impossible to end it only for the people who objected in the lawsuit.

The White House said the mask order “is not in effect at this time” and called the court decision disappointing.

United Airlines, Delta Air Lines and Alaska Airlines all quickly announced they were yanking the mask requirement for domestic and some international flights. So did American Airlines, Southwest Airlines and JetBlue Airways.

Sleepy passengers on a Delta flight between Atlanta and Barcelona, Spain, cheered, whistled, and applauded when a flight attendant announced the news mid-flight over the ocean.

“No one’s any happier than we are,” the attendant says in a video posted by Dillon Thomas, a CBS Denver reporter, who was on the flight. She added that people who wanted to keep on their masks were encouraged to do so.

“But we’re ready to give ém up,” she added. “So, thank you and happy unmasking day!”

Major airports dropped their requirements but sided with the CDC in recommending that people be voluntarily masked. They included Los Angeles International Airport, the world’s fifth busiest by passenger volume, and Salt Lake City International Airport, which announced it would hand out masks to anyone requesting them.

New York City’s public transit system planned to keep its mask requirement in place. The Washington Metropolitan Area Transit Authority said it would make masks optional for riders on its buses and trains.

The websites of ride sharing companies Lyft and Uber as of Monday evening still said masks were required.

The CDC had recently extended the mask mandate, which was set to expire Monday, until May 3 to allow more time to study the BA.2 omicron subvariant of the coronavirus now responsible for the vast majority of cases in the U.S. But the court ruling puts that decision on hold.

Since the pandemic began two years ago, many state or local governments had issued various orders requiring masks to be worn inside schools, restaurants, stores or elsewhere. The rules were largely rolled back as the deadliest, most infectious months of the pandemic eased.

But the national rule for travelers remained and was arguably the most widespread, visible and irksome measure of its kind.

The wearing of masks aboard airplanes sparked online flame throwing between those who felt they were crucial to protecting people and those who saw it as an unnecessary inconvenience or even government overkill.

Some flight attendants found themselves cursed and even attacked by passengers who refused to comply.

The lawsuit was filed in July 2021 by two plaintiffs and the Health Freedom Defense Fund, described in the judge’s order as a nonprofit group that “opposes laws and regulations that force individuals to submit to the administration of medical products, procedures and devices against their will.”

Republicans in Congress waged a running battle to kill the mandate.

Florida Gov. Ron DeSantis, who was not directly involved in the case but has battled against many government coronavirus requirements, praised the ruling.

“Both airline employees and passengers deserve to have this misery end,” DeSantis tweeted.

Writers David Koenig in Dallas, Michael Balsamo and Will Weissert in Washington, and Karen Matthews in New York contributed to this story.