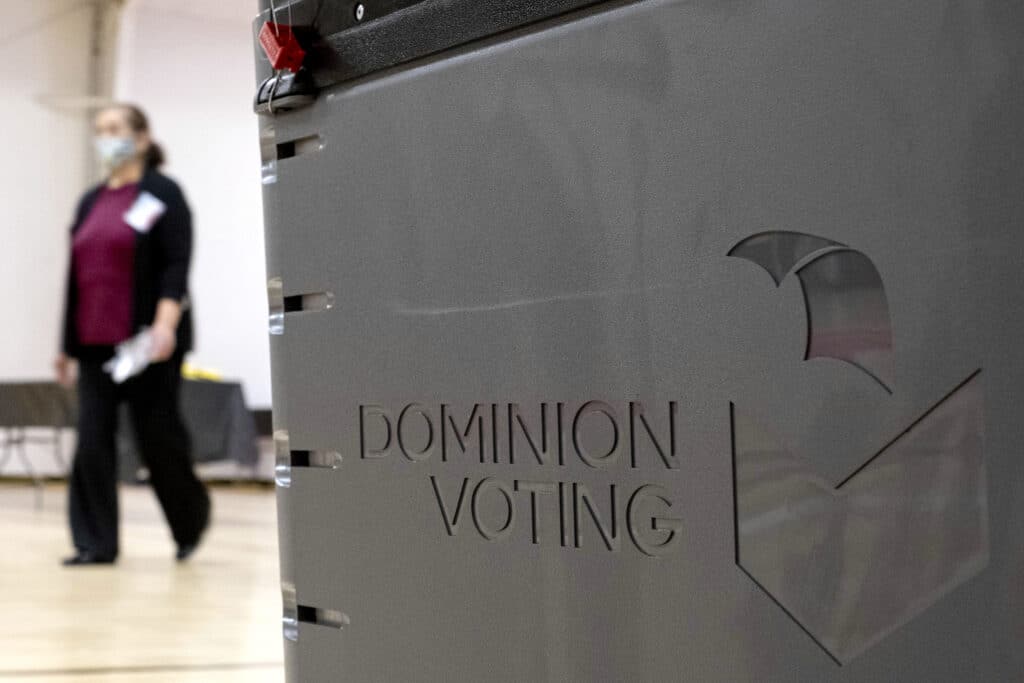 Fox News has filed a motion to dismiss in the defamation lawsuit brought by Dominion Voting Systems. Dominion claims that Fox News ran false information about it during the challenged presidential election. The Associated Press has the story:

WASHINGTON (AP) — Fox News has filed a motion to dismiss a $1.6 billion defamation lawsuit brought by Dominion Voting Systems over claims about the 2020 presidential election, arguing that its coverage is protected by the First Amendment.

The cable news giant said in court papers filed Tuesday that the Constitution safeguards the right to a free press and that well-established doctrine gives the media the ability to report without fear of liability.

“A free press must be able to report both sides of a story involving claims striking at the core of our democracy — especially when those claims prompt numerous lawsuits, government investigations, and election recounts,” according to the court papers. “When a sitting President of the United States and his legal team challenge a presidential election in litigation throughout the nation, the media can truthfully report and comment on those allegations under the First Amendment.”

Dominion argued in March that Fox News, in an effort to boost faltering ratings, falsely claimed that the voting company had rigged the 2020 election in favor of President Joe Biden and at the detriment of former President Donald Trump. The lawsuit argued that Fox amplified inaccurate assertions that the voting company altered votes and “sold a false story of election fraud in order to serve its own commercial purposes, severely injuring Dominion in the process.”

A spokesperson for Dominion said Wednesday that the company “strongly supports free speech, but defamation for commercial gain is clearly not protected, and we intend to hold Fox accountable for its reckless disregard for the truth. This case will strengthen the First Amendment, not weaken it.”

Fox attorneys said in court papers that Fox did not create the allegations against the company. They also argue that the news outlet was “fairly and extensively” covering the results of a contested election, calling Arizona for Biden before any other network and reporting on the legal challenges around Biden’s win and Trump’s refusal to concede.

“The news media has the right in a democracy to inform citizens by reporting and commenting on a President’s allegations challenging the security of our elections,” according to court papers.

The lawsuit by Dominion is part of a growing body of legal action filed by the voting company and other targets of misleading, false and bizarre claims spread by then-President Trump and his allies following Trump’s election loss to Biden. Those claims helped spur on rioters who stormed the U.S. Capitol on Jan. 6 in a violent siege that left five people dead, including a police officer. The siege led to Trump’s historic second impeachment.

Fox News has filed four other motions to dismiss other legal action against its coverage.

At least one other media company, Newsmax, apologized for airing false allegations that an employee for Dominion manipulated machines or tallies. The employee in turn dropped Newsmax from his defamation suit.

There was no known widespread fraud in the 2020 election, a fact that a range of election officials across the country — and even Trump’s attorney general, William Barr — has confirmed. Republican governors in Arizona and Georgia, key battleground states that Biden won, also vouched for the integrity of the elections in their states. Nearly all the legal challenges from Trump and his allies were dismissed by judges, including two tossed by the Supreme Court, which has three Trump-nominated justices.