Game of Drones: A Shifting Balance of Power in the Maghreb

Andrew Milburn
10 posts
Retired in 2019 as the chief of staff of Special Operations Command Central, He is on the adjunct faculty of the Joint Special Operations University & a fellow of the Modern War Institute. He also teaches courses overseas to officers from countries across Africa, the Middle East and Asia. 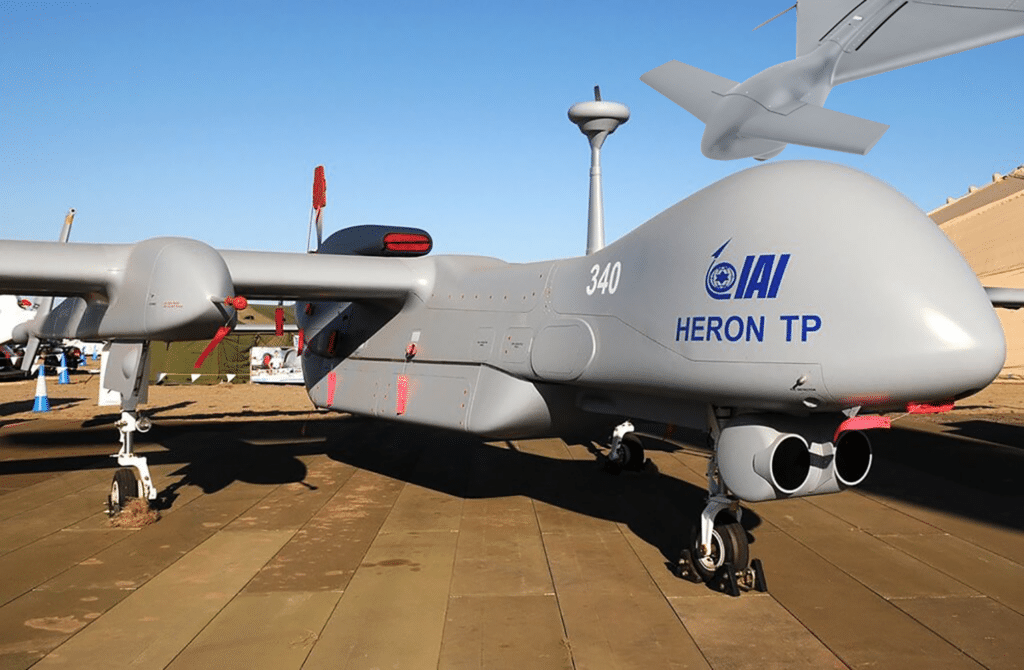 Game of Drones: A Shifting Balance of Power in the Maghreb

Morocco has recently contracted with Turkish and Israeli companies to acquire two revolutionary drone platforms.  This move, Rabat maintains, will enhance Morocco’s ability to conduct counter-terror operations in the vast expanses of the Western Sahara.  However, the Kingdom’s primary purpose is probably to counter-balance Algeria’s inventory of armed-drones, as tensions continue to mount between the two neighbors.

In a conflict that saw both sides compete to dominate the news cycle, as much as they sought to destroy each other in battle, the images of destruction were as undeniable as they were shocking.  Azeri drones, working in packs, penetrated deep into Armenian rear areas, wreaking havoc on armored vehicles, artillery batteries and air defense units. It was a robotic ballet of precision carnage that undermined Armenian morale and destroyed their ability to fight.  The stark footage was released daily to the word’s media, in canny recognition of its propaganda value.

In the aftermath of the conflict, the TB-2 became a hot item on the international market, with multiple countries seeking to vaunt their status by joining the exclusive club of states with armed drone technology.   Algeria is currently the only North African member of this club, having purchased a fleet of Chinese made drones in 2019, upgrading this fleet earlier this year with a squadron of Wing Longs, an advanced platform used by UAE in Libya.

Morocco will soon become the first country in the region to own both the TB-2 and a variant of the Israeli Harop.  The Moroccan government has just ordered a dozen of the Turkish drones along with four ground control stations.

Even more remarkable is another deal just announced this week.  It involves a contract between the Moroccan government and manufacturer Israeli Aerospace to make loitering munitions in Morocco. The deal will allow the Israelis to produce large quantities of these drones in Morocco at a much lower price, helping to expand their export market. At the same time, it catapults Morocco into the lead amongst North African nations with drone capability.

The contract was part of a larger agreement brokered by the United States last December, by which Morocco become just the fourth Arab nation to recognize the state of Israel.  As part of this agreement, Washington also recognized Moroccan sovereignty over Western Sahara, scene of a decades-old insurgency by the Algerian-backed Polisario Front.

Bayar Makina, the Turkish company involved in the TB-2 deal is closely connected to Turkish President Recep Erdogan, and the agreement is seen as an attempt by Erdogan to strengthen ties with Morocco and perhaps distance himself from Algerian President Abdelmajid Tebboune with whom he has recently fallen out.

The TB-2 is a medium-altitude drone, which can fly for over 24 hours, and has demonstrated its efficacy supporting Turkish forces in Libya and Syria.TB-2s have been sold to Qatar, UAE, Azerbaijan and Poland, but the Moroccan contract is Turkey’s first such export to Africa.  In an agreement that followed shortly after the Moroccan deal, the Turks agreed to sell to Tunisia a similar model of armed drone.

Used in tandem with the Harop, the TB-2 gives Morocco an insurmountable edge in the regional balance of power.

The Rise of Blue-Collar Air-power

The TB-2 is a “blue collar drone” – inexpensive enough for mass production which enables it to be employed in swarms designed to overwhelm the target acquisition process of an opponent.  And yet, the TB-2 is also remarkably sophisticated.  In addition to providing identification and targeting data – from high resolution onboard systems that can include a signals intelligence capability – the platform carries smart, micro-guided munitions that can kill multiple targets autonomously at the same time.

Loitering munitions, such as the Harop, are designed to engage beyond line-of-sight ground targets with an explosive precision guided warhead.  The Harop is equipped with electro-optical and infrared cameras that enable the operator to locate, surveil, and guide the vehicle to the target. A defining characteristic of the Harop is its ability to “loiter” in the area for an extended period, giving the operator time to decide when and how to strike.  Once armed and airborne, loitering munitions are meant to detonate on impact – hence the sobriquet of Kamikaze Drone. Many loitering munitions are marketed for infantry use because they offer ground forces greater precision and responsiveness than mortars or artillery. But as the Turks have demonstrated, the Harop can also be directed by another drone such the TB-2.

Used together in a manner that makes best use of their synergistic capabilities, these two platforms have a potentially revolutionary effect on modern warfare.

The TB-2/Harop combination will likely be a mainstay of Morocco’s national defense and a key component of its counter-terrorism strategy.

On 6 April, the Moroccan Army killed Addah al Bendir, the Polisario’s head of gendarmerie. The strike was carried out by a Moroccan F-16 fighter, guided by one of the three unarmed Harfang drones acquired by Morocco in early 2020 – an example of how the Kingdom has already become a regional pioneer in the use of drones for intelligence and target acquisition.

With a lethal new tandem of platforms in its armory, Morocco can undermine terrorist groups in the region with minimal risk to its own forces.   And it is here that the Kingdom will find common ground for cooperation with regional partners Tunisia, Libya, and Egypt. And who knows – maybe even Algeria, which finds itself now at a disadvantage in this new balance of power.