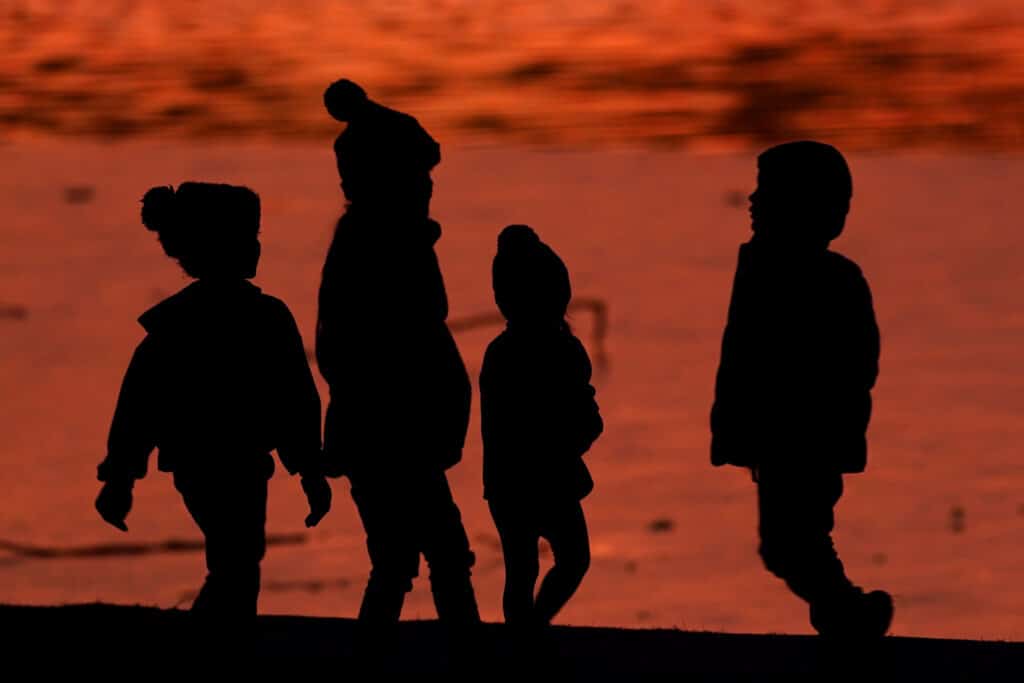 Children all over the world are developing severe liver damage, and health authorities don’t know why. Some think it may be due to a stomach bug, but it’s not known for causing liver damage and it doesn’t show up in their diseased livers. The Associated Press has the story:

The best available evidence points to a fairly common stomach bug that isn’t known to cause liver problems in otherwise healthy kids. That virus was detected in the the blood of stricken children but — oddly — it has not been found in their diseased livers.

“There’s a lot of things that don’t make sense,” said Eric Kremer, a virus researcher at the Institute of Molecular Genetics of Montpellier, in France.

As health officials in more than a dozen countries look into the mystery, they are asking:

— Has there been some surge in the stomach bug — called adenovirus 41 — that is causing more cases of a previously undetected problem?

— Are children more susceptible due to pandemic-related lockdowns that sheltered them from the viruses kids usually experience?

— Is there some mutated version of the adenovirus causing this? Or some other not-yet-identified germ, drug or toxin?

— Is it some kind of haywire immune system reaction set off by a past COVID-19 infection and a later invasion by some other virus?

The U.S. Centers for Disease Control and Prevention and investigators around the globe are trying to sort out what’s going on.

The illnesses are considered rare. CDC officials last week said they are now looking into 180 possible cases across the U.S. Most of the children were hospitalized, at least 15 required liver transplants and six died.

More than 20 other countries have reported hundreds more cases in total, though the largest numbers have been in the U.K. and U.S.

The scope of the problem only started to become clear last month, though disease detectives say they have been working on the mystery for months. It’s been maddeningly difficult to nail a cause down, experts say.

Conventional causes of liver inflammation in otherwise healthy kids — the viruses known as hepatitis A, B, C, D and E — didn’t show up in tests. What’s more, the children came from different places and there seemed to be no common exposures.

What did show up was adenovirus 41. More than half of the U.S. cases have tested positive for adenovirus, of which there are dozens of varieties. In a small number of specimens tested to see what kind of adenovirus was present, adenovirus 41 came up every time.

The fact that adenovirus keeps showing up strengthens the case for it playing a role, but it’s unclear how, Dr. Jay Butler, the CDC’s deputy director for infectious diseases, told The Associated Press.

Many adenoviruses are associated with common cold symptoms, such as fever, sore throat and pink eye. Some versions — including adenovirus 41 — can trigger other problems, including inflammation in the stomach and intestines. Adenoviruses previously have been linked to hepatitis in children, but mostly in kids with weakened immune systems.

Recent genetic analysis has turned up no evidence that a single new mutant version of the virus is to blame, said Dr. Umesh Parashar, chief of the CDC group focused on viral gut diseases.

Adenovirus infections are not systematically tracked in the U.S., so it’s not clear if there’s been some recent surge in virus activity. In fact, adenoviruses are so common that researchers aren’t sure what to make of their presence in these cases.

“If we start testing everybody for the adenovirus, they will find so many kids” that have it, said Dr. Heli Bhatt, a pediatric gastroenterologist who treated two Minnesota children with the liver problems.

One was a child who came in nearly five months ago with liver failure. Doctors couldn’t figure why. Unfortunately, “not having a cause is something that happens,” Bhatt said. Roughly a third of acute liver failure cases go unexplained, experts have estimated.

Bhatt said the second child she saw got sick last month. By that time, health officials had been drawing attention to cases, and she and other doctors began going back and reviewing unexplained illnesses since October.

Indeed, many cases added to the tally in the last few weeks were not recent illnesses but rather earlier ones that were re-evaluated. About 10% of the U.S. cases occurred in May, Butler said. The rate seems to be relatively flat since the fall, he added.

It’s possible that doctors are merely discovering a phenomenon that’s been going on for years, some scientists said.

COVID-19 vaccination has been ruled out because “the vast majority of these children are unvaccinated,” Butler explained.

But past infection with the coronavirus itself might be factor, scientists say.

The CDC recently estimated that, as of February, 75% of U.S. children had been infected.

Only 10% to 15% of the children with the mysterious hepatitis had COVID-19, according to nasal swab tests given when they checked into a hospital, health officials say.

But investigators are wondering about previous coronavirus infections. It’s possible that coronavirus particles lurking in the gut are playing a role, said Petter Brodin, a pediatric immunologist at Imperial College London.

In a piece earlier this month in the medical journal Lancet, Brodin and another scientist suggested that a combination of lingering coronavirus and an adenovirus infection could trigger a liver-damaging immune system reaction.

“I think it’s an unfortunate combination of circumstances that could explain this,” Brodin told the AP.

Butler said researchers have seen complex reactions like that before, and investigators are discussing ways to better check out the hypothesis.

He said it was “not out of the realm of plausibility, at all.”

A Case Western Reserve University preprint study, which has yet to be peer reviewed, suggested children who had COVID-19 had a significantly higher risk of liver damage.

Dr. Markus Buchfellner, a pediatric infectious diseases doctor at the University of Alabama at Birmingham, was involved in the identification of the first U.S. cases in the fall.

The illnesses were “weird” and concerning, he said. Six months later, “we don’t really know exactly what we’re dealing with.”