UK report on ‘Partygate’ about to come out 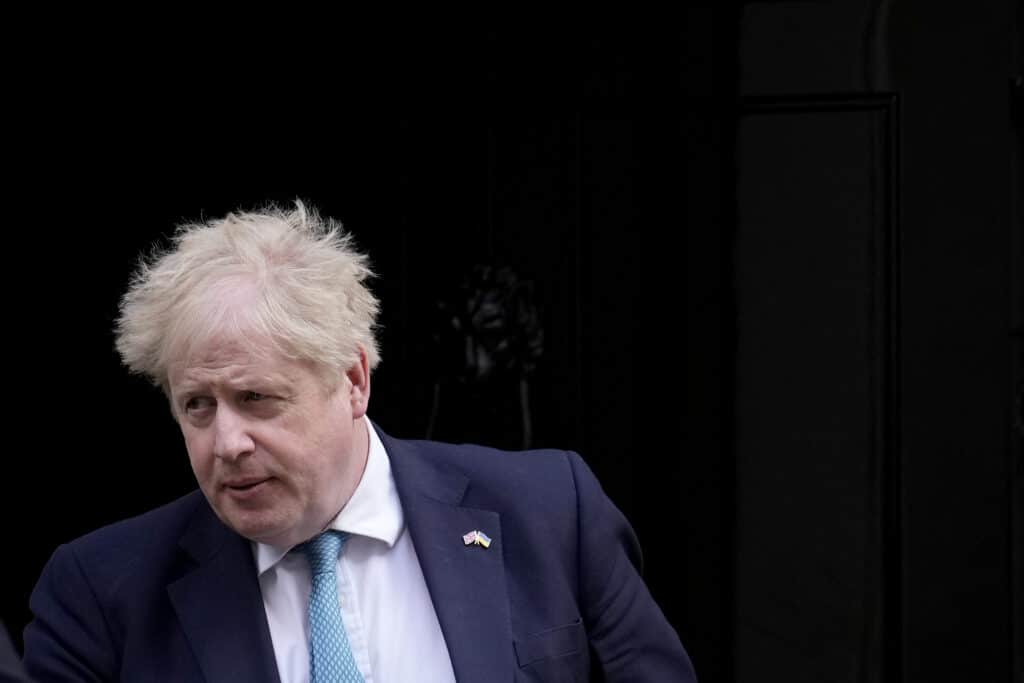 After it came out that British Prime Minister Boris Johnson and his staffers engaged in unapproved partying during the COVID-19 lockdown, an investigation was started. Senior civil servant Sue Gray is about due to release her findings on “partygate.” The Associated Press has the story:

LONDON (AP) — British Prime Minister Boris Johnson has been shadowed by career-threatening scandal for months — but so far he has escaped unscathed.

This week he faces one more threat to his political future: a comprehensive report into lockdown-breaching parties in government offices that is expected to be published within days.

Senior civil servant Sue Gray is due to release her findings on “partygate,” the scandal over more than a dozen gatherings in Johnson’s No. 10 Downing St. residence and nearby buildings that took place when coronavirus restrictions barred people in Britain from mixing with others.

Claims that Johnson and his staff enjoyed illegal office parties while millions in the country were prevented from seeing friends and family in 2020 and 2021 have dogged Johnson’s Conservative government since they first surfaced late last year. Critics, including some within Johnson’s own ranks, have called for him to resign.

Police investigated and said last week they had issued a total of 126 fines to 83 people. Most are thought to be junior staffers, but one 50-pound ($60) fine went to Johnson, for attending a surprise birthday party thrown for him in June 2020. That made him the first British prime minister ever found to have broken the law while in office.

Johnson apologized, but insisted that he didn’t knowingly break the rules, saying “it did not occur to me” that the brief gathering, complete with birthday cake, was a party — a claim that drew derision from many.

Pressure grew again on Monday when broadcaster ITV published four photographs showing Johnson raising a glass in front of a group of people, with snacks and several wine bottles on a table in front of him.

ITV said the pictures were taken at a leaving party for Johnson’s communications chief in November 2020, when England was under the second of three periods of national lockdown. When allegations of Downing Street parties emerged a few weeks later, Johnson told lawmakers “there was no party” and no rules were broken.

Officials in Johnson’s office worry that Gray’s report may include more photos, vivid evidence that could reignite public anger over revelations government staff enjoyed “bring your own booze” office parties and “wine time Fridays” while millions stuck to lockdown rules

Johnson has clung on to power so far, partly because Russia’s invasion of Ukraine diverted public and political attention. Some Conservatives who had considered seeking a no-confidence vote in their leader said it would be rash to push Johnson out in the middle of a European war.

Johnson got a further reprieve when the Metropolitan Police told him last week that he wouldn’t be getting any more fines, even though he attended several of the events under investigation.

Treasury minister Simon Clarke defended the prime minister on Monday, saying Johnson “had a fine for a slice of cake between meetings.”

He said the context of the parties was a government under “extraordinary” pressure during the pandemic with people “working on questions of literally life and death” and operating under “exhausting strain.”

Gray’s full report could renew pressure on Johnson if it heavily criticizes him and senior officials, or contains photos and other vivid evidence of Downing Street socializing.

The government says it will publish Gray’s report in full once it is handed in. A partial version was published in January after police asked Gray to leave out details to avoid prejudicing their inquiries. The interim report didn’t name individuals, but it did criticize “failures of leadership and judgment” that allowed the parties to take place.

Gray has a reputation as a tough and independent-minded civil servant, but she has limited scope for censuring Johnson, who is ultimately her boss.

Critics have also accused the government of meddling after it emerged that Johnson and Gray held a private meeting several weeks ago.

Government officials initially said Gray requested the meeting, but Johnson’s spokesman acknowledged Monday that Downing Street officials had asked for it to discuss the “timings and publication process” of Gray’s report.

“What we do know is there was industrial-scale lawbreaking in Downing Street, over 120 fines,” Starmer said. “So what we need now is the full report, all of the evidence. It’s the least the public is entitled to from this government.”

Johnson also faces a separate inquiry by lawmakers about whether he knowingly lied to Parliament when he told lawmakers earlier that no laws had been broken at Downing Street.

Ministers found to have done so are generally expected to resign. But Johnson’s ability to shrug off previous scandals over his ethics and judgment means few are willing to bet against his survival in Britain’s top job.

By SYLVIA HUI and JILL LAWLESS