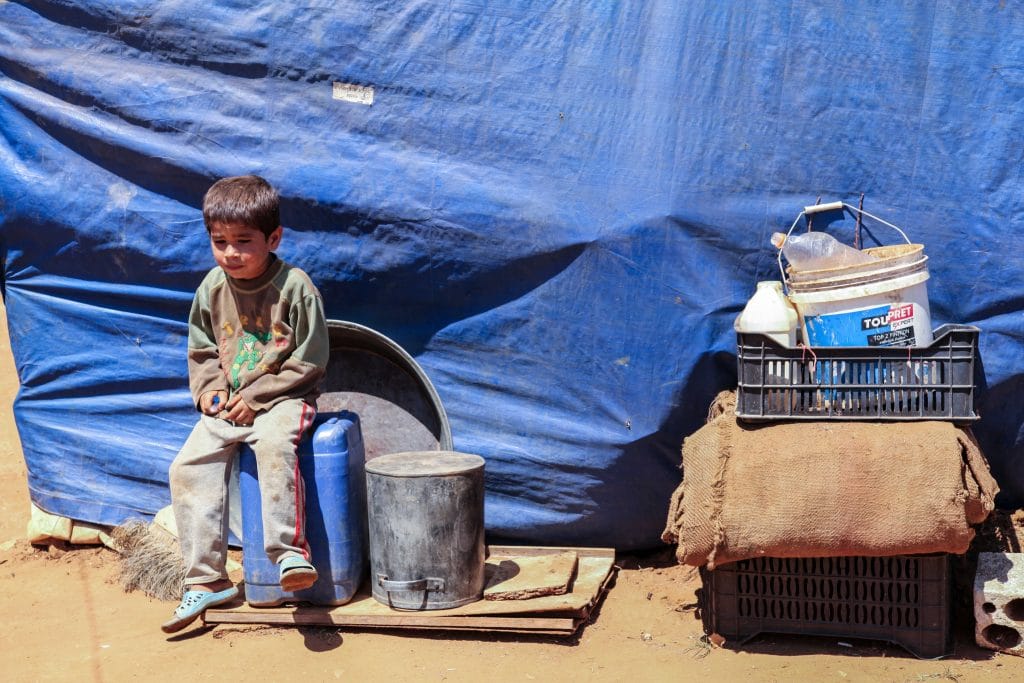 Amidst today’s strident new debate “normalization” with Bashar Al-Assad’s brutal but tenacious regime in Syria, one key piece of the puzzle is missing: the country’s more than two million Kurds.  They, with their local Arab and other proteges, have carved out an Autonomous Administration in North Eastern Syria (AANES) during the mass uprising against Assad that started a decade ago.  And today they are almost alone in defying his regime’s recapture — in part as a result of the American support they gained by leading the fight against ISIS in Syria.

Right now, however, the nature, duration, and possible conditions of that American support – which includes the deployment of around 900 U.S. troops on the ground — are all in question, and not for the first time.  Former President Trump twice famously gave Turkey a green light to push the Kurds away from its border, by moving American troops further south.  With Turkey currently threatening another incursion, AANES leader Elham Ahmad visited Washington last month, seeking clearer assurances of enduring American presence and protection.  She apparently received only vague private statements, as U.S. officials publicly took refuge behind the claim that their entire Syria policy remained “under review.”

This week, finally, one anonymous U.S. official told an interviewer that this review has concluded.  Broadly speaking, Washington will not support Arab or other normalization with Assad – but will not actively oppose it, either.  No specific mention was made of the Kurds.  Yet reading between the lines, a few key points emerge on this sensitive issue.

One is a reiterated commitment to “sustaining the U.S. and coalition campaign against ISIS and Al-Qaidah.”  Translated from diplo-speak, that probably means keeping some U.S. troops in Syria, to assist and advise the Kurdish-led Syrian Democratic Forces in that ongoing anti-terrorist campaign.  It is still unclear, however, how many, how long, and where exactly these troops will remain.

A second point is “sustaining local cease-fires in place across the country.”  That probably means U.S. opposition, at least diplomatically, to further Turkish incursions into Kurdish-held territory.  This, too, should offer some reassurance to the Kurds.  But again, the details and duration of this undertaking remain unstated.

A third tenet of U.S. Syria policy going forward is said to be “expanding humanitarian access to increase levels of aid throughout Syria.”  This sounds appealing, but is actually problematic. For one thing, it provides the rationale for a relaxed interpretation of sanctions against the Assad regime, opening the door to deals on electricity, oil, and probably other sectors that will inevitably spill over to the regime’s benefit.

Moreover, when it comes to the Kurds, the evidence to date points in quite the opposite direction.  Even as sanctions are relaxed and deals brokered for other parts of Syria, approvals for border crossings, oil development contracts, and other trade or investment in Kurdish-controlled areas languish in the U.S. bureaucracy.  The underlying idea may well be this: since the U.S. will not stay in Syria forever, the Kurds would do better to make economic and political deals with the Assad regime, rather than leave themselves exposed to the tender mercies of Turkey.

To be fair, that is an understandable position; but it begs two questions: Why now? And later, what kind of deals?  This is where U.S. policy could use a course correction.  First, in the short term, it makes no humanitarian or strategic sense for the U.S. to relax sanctions against the adversary Assad regime, even as it imposes stiff obstacles on vital economic activity in the American-allied Kurdish-led region.  It makes much more sense to pursue precisely the opposite policy – or at least to treat Assad and the AANES equally in this area.

Second, in the medium term, the Biden Administration should clarify its commitment to preserve autonomy for northeast Syria, as part of any step-by-step solution for Syria’s overall political status.  A first step could be to insist that the AANES be represented in the next rounds of UN or other diplomatic or constitutional discussions on Syria’s future.  A second step could be to affirm that U.S. troops intend to stay in northeast Syria at least until the AANES accepts some new political arrangement with the government in Damascus.

Assad will surely resist this; but Russia may be induced to support it, in return for concessions on reconstruction or other issues in dispute.  Even Turkey might acquiesce, in exchange for firmer assurances that the Kurdish-led militias will keep their distance from the border, or at least limit their presence in the major towns nearby: Qamishli, Kobane, Manbij, Tal Abyad (Gire Spi), and Ra’s Al-Ain (Sery Kani).

Such adjustments to U.S. policy would have several advantages.  They would demonstrate, to domestic and international audiences alike, that the U.S. is keeping faith with its loyal Kurdish and other allies in Syria.  They would provide greater leverage with all the other players in this arena, at acceptably low risk and cost to Washington.  They would add extra force to the continuing counter-terrorist requirements of the whole region.  And as an unspoken but highly useful added value, these adjustments would provide greater constraints on Iran’s dangerous entrenchment in Syria – which is one of the major drivers of Arab, American, and Israeli policies there.

At the same time, desirable as these adjustments may be, a realistic assessment must acknowledge that they are unlikely to become a high priority for a U.S. foreign policy preoccupied with other problems, and inclined to retrench from the Middle East.  Yet without such stronger American support, a realistic assessment must also conclude with the old proverb that “the Kurds have no friends but the mountains.”  And sadly, in northeast Syria, there are hardly any mountains to speak of. More By The Author

Previous Article
What a Diminished U.S. Role in the Middle East Looks Like
Next Article
Will Foreign Fighters Leave Libya Before the Elections?