How Hollywood is dealing with COVID-19 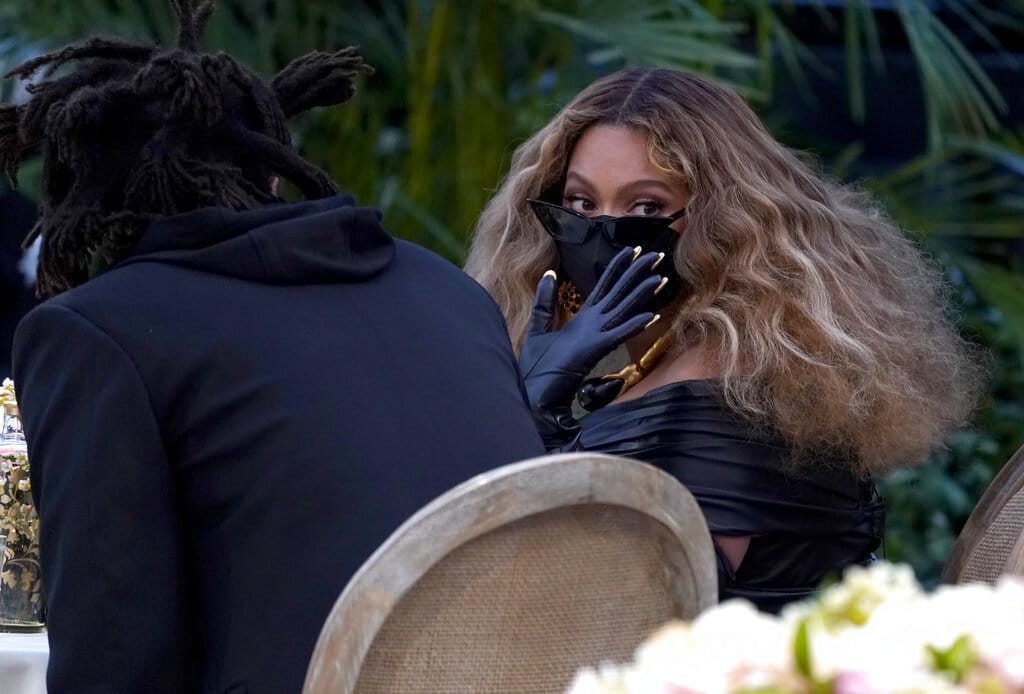 An AP photographer discusses the changes covering events in Hollywood throughout the coronavirus pandemic. For awhile, he worried he might no longer have a job as an entertainment reporter, with everything shut down. The Associated Press has the story:

LOS ANGELES (AP) — On the last normal night in Hollywood, there was one couple wearing masks. It was novel enough that I shot a photo of them. I had no idea they would soon be all of us.

It was March 9, 2020, and the premiere of Disney’s live-action “Mulan” brought a packed red carpet to the Dolby Theatre on Hollywood Boulevard, where as an entertainment photographer for The Associated Press, I had shot the Oscars four weeks earlier. Stars posed up close with big clusters of fans for a crush of dozens of photographers.

A year has passed. Nothing like it has happened since.

Two nights later, Tom Hanks and Rita Wilson, two people I’d shot often, announced they had been diagnosed with the coronavirus, giving a familiar face to the growing pandemic. The entertainment industry, along with most of the U.S., would shut down within days.

I was worried not just about doing my job, but whether I’d even keep it. I was an absurdity: an entertainment photographer in a time with no entertainment.

Yet in its place, history was happening. And what photographer doesn’t dream of capturing that?

So for weeks I wandered through formerly crowded streets, shooting the eerie emptiness of Rodeo Drive, and a Hollywood Boulevard that was suddenly stark and desolate.

As spring turned to summer, some forms of entertainment began emerging. I shot amateur violinists and pianists playing for neighbors from their yards. I shot drive-in movie premieres, drive-in concerts, drive-in charity galas.

I found that the work was sometimes better despite the grim circumstances. Instead of having to shoot in a jostling mosh pit of 40 or 50 photographers, I could move freely and take pictures from any angle with no one yelling in my ears or using my shoulder as a tripod.

The celebrity portraits were fewer, but better. I shot in new and natural spaces, freed from the soulless-and-sanitized hotel rooms I was usually forced into. I shot singer Jason Mraz at his laid back pad where he grows coffee beans. I shot actor Ciara Bravo on a bike path with colorful murals.

At the Emmy Awards in September, I had to stand outside and shoot the cars of the few in-person attendees. I got Tracee Ellis Ross of “black-ish” having her nose swabbed in a moment-defining image.

At the Billboard Music Awards in October I was finally back inside the Dolby Theatre, trying to capture the surreal scene of En Vogue belting out “Free Your Mind” to an audience of no one.

At the Grammy Awards in March, I got to shoot a small crowd that included Beyoncé and Taylor Swift, their faces unmistakable even in masks.

This year’s Academy Awards came around as vaccination numbers were growing, cases were waning, and things were starting to feel normal. Yet it would be by far the strangest, scariest day of my professional life. The pandemic prompted the Oscars to allow just the AP to shoot arrivals and winners to share with the rest of the media. That meant that I, and I alone, was shooting photos for most of the news outlets on Earth.

AP photographers are accustomed to major pressure, but this was another level. What if I had a bad day? What if the camera broke? I brought a backup.

The sun kept vanishing behind clouds and reappearing at LA’s Union Station, this year’s special Oscars location, and I had to fight to get the right light.

In the hours before the show, I shot nonstop. I had to get wide shots and full-length dress shots, head shots and detail shots — not forgetting to zoom in on the jewelry. The real-time eyes of my AP editing team were indispensable.

And the result, thank God, was a photographer’s dream. Halle Berry had a magenta dress that she kept lifting and shape-shifting. Carey Mulligan had a spectacular flowing-gold gown that looked great on camera.

As I sat at home on Monday, looking at media outlets’ slideshows that said “Chris Pizzello” under almost every image, text messages started flowing in from the photographers who would usually be my competition. They were congratulating me.

It was very gratifying. And I hope I never get to do it again.

Virus Diary, an occasional feature, showcases the coronavirus pandemic through the eyes of Associated Press journalists around the world. Chris Pizzello is an AP photographer based in Los Angeles. Follow him on Instagram at http://www.instagram.com/cpizzello/ and on Twitter at http://twitter.com/chrispizzello

Previous Article
Analysis: Are Cops allowed to shoot suspects in back?
Next Article
The Weeknd top contender for Billboard Music Awards