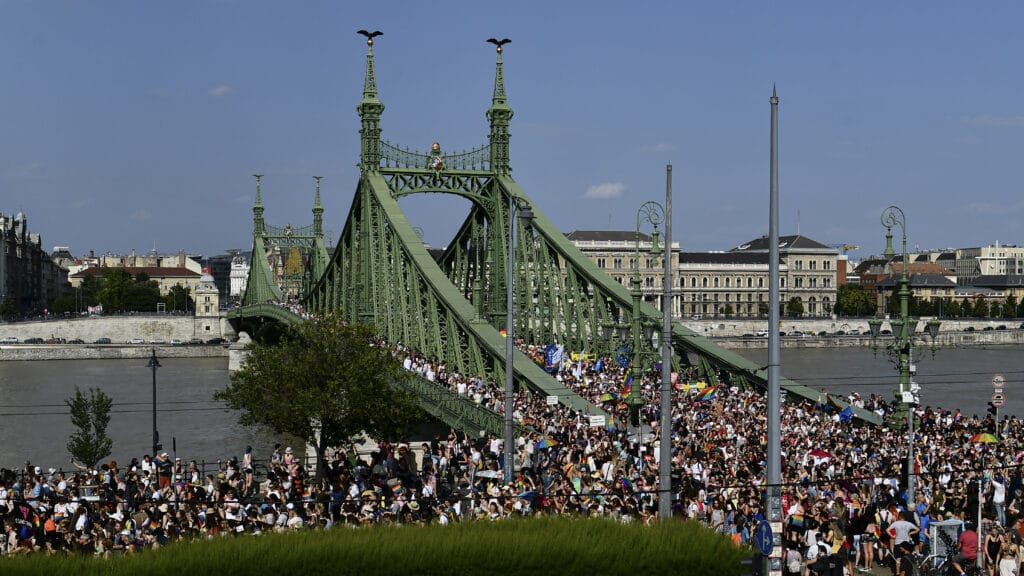 Stephen I, also known as King Saint Stephen, is considered to be the founder of historical Hungary.  Currently, more than a millennium later, after reigning for twelve years without real opposition from 2010 to 2022, Viktor Orban, Hungary’s Prime Minister, is dreaming of elevating this small country in the geographic middle of the continent to unearned importance within the European Union, NATO and beyond.  In essence, Viktor Orban believes that he is the resurrected King Saint Stephen.

Accordingly, Viktor Orban, speaking at the “Hungarian Cavalry,” an artistically dreadful monument located in the town called Satoraljaujhely, depicting the cities lost to Hungary after the Trianon Treaty of World War I of Versailles, France, in 1920, claimed that “the West raped the thousand-year-old borders and history of Central Europe.  They forced us to live between indefensible borders, deprived us of our natural treasures, separated us from our resources, and made a death row out of our country.  Central Europe was redrawn without moral concerns.  We will never forget that they did this.”  Declaring that “Only the state has borders, the nation does not…”; he rumbled on to summarize the well-worn revanchist cliche of the past thus:  “we express our heartfelt gratitude and our highest appreciation to our separated national communities for a century of endurance and loyalty to the Hungarian nation and their homeland.”

True to his one-sided and thus deceptive summary of Hungary’s 20th century history, and intentionally excluding the country’s revanchist blunders between the two World Wars, his FIDESZ party gave “non-resident ethnic Hungarians” citizenship and voting rights within the country.  To ensure that this artificially created voting block will support him and his party, the government has pumped enormous sums of money through its Bethlen Gabor Fund (BGF) into a variety of projects in the neighboring countries with significant Hungarian minorities.  Although the Hungarian government has tried to hide the actual contributions from the public, according to 2020 information, at least 128 billion Hungarian Forints, the equivalent of 351million Euros, were channeled “for national purposes” to Slovakia, Romania, Ukraine, Croatia, Serbia and Slovenia.  This flagrant vote-buying scheme has essentially allowed Viktor Orban and his FIDESZ party to maintain its absolute majority in the Hungarian Parliament through voter fraud and outright criminality.

Yet, Viktor Orban’s vision about the stealthy restoration of the “Great Hungarian Kingdom” also serves his insatiable appetite for plundering the country’s wealth for himself and for his fellow acolytes.  Over the years, Viktor Orban has become increasingly daring and audacious in his quest for enriching himself, his family and his closest comrades to the detriment of the nation and its tax-paying citizens.  From the socialization of a staggering 3000 billion Hungarian Forints (HUF) in 2011, kept in private social security accounts, to the most recent transformation of state-owned universities into private foundations, headed by his trusteed comrades, Viktor Orban and his FIDESZ party have robbed the Hungarian people blind.  Equally outrageous has been Viktor Orban’s complete lack of respect for the rule of law and his chief prosecutor’s total subversion of the existing laws.  Starting with the shameless embezzlement of European Union’s monies and to the corruption-laced Microsoft, Elios, Budapest Metro, Matra Power Plant, the Chinese financed Budapest-Belgrade railroad project, the acquisition of the Chinese life support machines and anti-COVID-19 Chinese vaccines, his son-in-law’s hotel businesses, the KLIK software business, etc., the list of criminally suspect affairs without legal consequences has been endless.  The result of such a ubiquitous impunity for the prime minister and his party has been rampant corruption across the country that has created a thus far unheard of wave of destructive immorality, cynicism and hypocrisy.

As history teaches, there is a symbiotic relationship between the domestic and foreign affairs of a state.  As a general rule, the utility of a state within any international organization depends on its ability to maintain internal stability and not being subject to the absolute rule of a single megalomaniac person.  After 1990, Hungary did not face any problematic question of what foreign policy to follow.  By joining NATO and the European Union successive governments have expressed their desire to belong to the West and not to the East.  However, Viktor Orban’s authoritarian and corrupt governance has made him a pariah within the European Union.  Corresponding to this paradoxical situation, in which Viktor Orban has found himself isolated, he came up with his unique and for his country catastrophic decision.  Gradually, he has embraced the dictatorial regimes of Russia, China, Turkey and the Muslim states of the former Soviet Union.  Under the slogan of “Kipcsak Ver,” meaning Hungary’s historical attachment to the Turk Council of those latter states, he has declared that the real cradle of the Hungarian people is in Asia as opposed to Europe.  What an idiotic and self-defeating notion.  An idea that is a lie is annihilated by its utter idiocy.  Even Viktor Orban cannot transform such an idiocy into reality.  Adding insult to injury, his inverted democracy, called by him “illiberal democracy,” renders his so-called foreign policy a hoax that will lead Hungary into a vacuum of illegitimacy.

Clearly, Viktor Orban’s incompetent and corrupt reign is crumbling.  The coming national elections of the spring hopefully will answer the question whether the majority of the voters would rise up, reclaim their freedom within the political system through personal courage and perspicacity.  Sorely, the so-called “united opposition” to topple Viktor Orban and his authoritarian regime is neither united nor has presented a coherent political, economic, financial and ethical program.  Its candidate for the prime ministership, Marki-Zay Peter, the mayor of a small town in south-east Hungary, is devoid of political skills, charisma and the necessary intelligence.  Therefore, presently, the odds that this will happen appear to be the same.  Serious pressures from the relentlessly appeasement-minded NATO and the European Union on Viktor Orban to refrain from manipulating the elections and their results are unlikely.  The urge to pretend unity within both organizations most likely will override any commitment to their basic values and fundamental human decency.  Yet, if Orban Viktor and his FIDESZ party would remain in power after April 2022, Hungary will be, as we all know, finished as a democracy and a constructive member of both organizations forever.