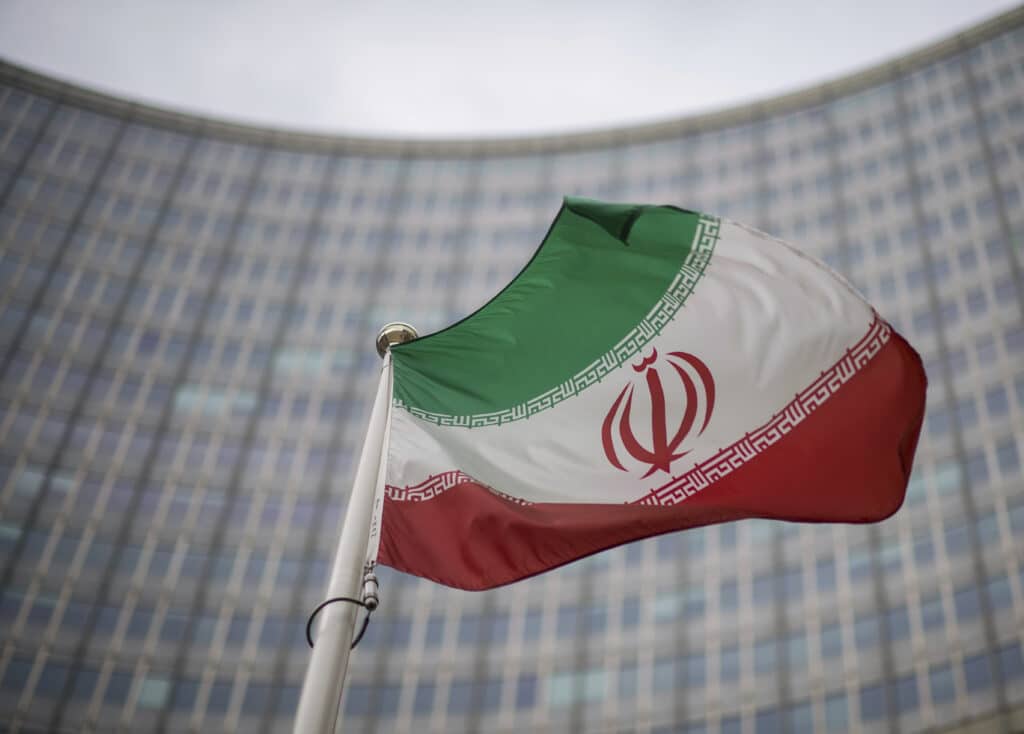 The Biden-Harris Administration says it is trying to resuscitate the 2015 Iran nuclear deal or some version of it that the Obama-Biden Administration originally negotiated. Sadly, this stated objective isn’t a worthwhile goal — even if the Iranians were willing to negotiate in good faith.

Iran won’t even negotiate in direct talks. But now the indirect talks have broken down again because Iran and its hardline president, Ebrahim Raisi, see no advantage in good faith negotiations. In 2015, the Obama-Biden administration gave the Iranian regime everything they wanted. At this point, more negotiations won’t likely serve the perverse interests of the Iranian regime.

If we get a deal with Iran at this point, it will end up being a huge benefit only to Iran because the Biden-Harris administration is making the same mistake that the Obama-Biden administration made — wanting an agreement so badly that virtually any agreement will suffice. They just wanted to be able to say they had signed an agreement. And they knew that the servile media would let them portray anything they signed in a positive light, and the media dutifully cooperated.

The original Iran nuclear deal that the Obama-Biden administration negotiated back in 2015 was a major fiasco. In fact, it was a bad enough deal that the Obama-Biden administration and their allies in the media lied first about even the existence of the negotiations. Then later, they also lied about the agreement’s terms and its impact to hide how horribly it harmed American interests and how generously it benefitted the world’s largest state sponsor of terrorism. The pallet of cash for the Iranian regime was only the tip of the iceberg.

Jake Sullivan, Biden’s current National Security Advisor, was part of the team that lead this deceptive and horribly flawed effort. So, the fact that the Biden-Harris team now seeks to resuscitate this original Iran nuclear deal is not a good sign. Imagine hiring someone to build your new home and then upon learning that they lied to you throughout construction, but also didn’t build a home that was safe to live in. Now imagine that you hire the same contractor to fix what went wrong the first time. That’s what the US is doing with the Iran nuclear deal.

This is why the Trump administration re-imposed sanctions on Iran and worked to limit Iran’s capacity to develop nuclear weapons. Sadly, the Biden-Harris administration has signaled a willingness to lift those sanctions without getting anything serious in return. If we are going to resuscitate the Iran nuclear deal, it might be smart to understand what we are reviving.

First, the original Iran nuclear deal failed to guarantee that Iran’s nuclear program was for peaceful, energy-related purposes. That was the entire point of the deal, yet it failed on that key point. In fact, the deal provided a clear and obvious path for Iran to develop nuclear weapons as the so-called restrictions were to begin sunsetting just four years from now. The nuclear deal did nothing to prevent Iran from reaching their nuclear weapons goal — at most, if they abided by its terms, it simply provided a small delay their development of nuclear weapons.

A nuclear Iran would destabilize not only the Middle East, and trigger a nuclear arms race in the region, but it would destabilize the world. Iran is the world’s leading exporter of state sponsored terrorism and if you look at the trouble spots in the Middle East, Iran is stoking the flames of conflict and war in virtually all of them. Imagine giving them nuclear weapons.

Second, the Iran nuclear deal accepted temporary restrictions on Iran’s nuclear program in exchange for immediate, front loaded, and permanent benefits to Iran. This was akin to paying an unscrupulous contractor the full price for a major construction project even before any work begins. Under the agreement, most international sanctions were lifted giving the regime access to billions of previously frozen assets.  These assets were used to fund the very bombs and attacks that killed American service men and women for the next five years. These assets also funded violence throughout the Middle East. Once the sanctions were gone, the US lost most of its leverage to get the Iranian regime to stop exporting terrorism and violence.

Third, the Iran nuclear deal enriched and emboldened an extremist anti-American terrorist state. With the signal that the US and its allies would essentially surrender to Iran on the important issue of nuclear weapons, and with the huge influx of cash the Iranian regime could pump billions into its destabilizing and violent activities. Suddenly, a struggling Iran could pump billions into Hamas, Hezbollah and the Taliban to attack American interests. The Taliban came surging back with the aid of Iran — all made possible by the Iranian nuclear deal. Whether the Taliban and Tehran remain allied is obviously unclear. But their hatred for America unified them enough to work to take advantage of the weakness exhibited by the Biden-Harris Administration. The horribly disastrous withdrawal from Afghanistan wouldn’t likely have played out as it did, had we not funded Iran who aided the Taliban.

Having nuclear weapons greatly expands the Iranian regime’s power to work evil and mayhem in the world. If you like news of terrorist attacks escalating, and if you liked watching the Taliban surge back into power, you’ll love the next phase of capitulation to the Iranian regime.