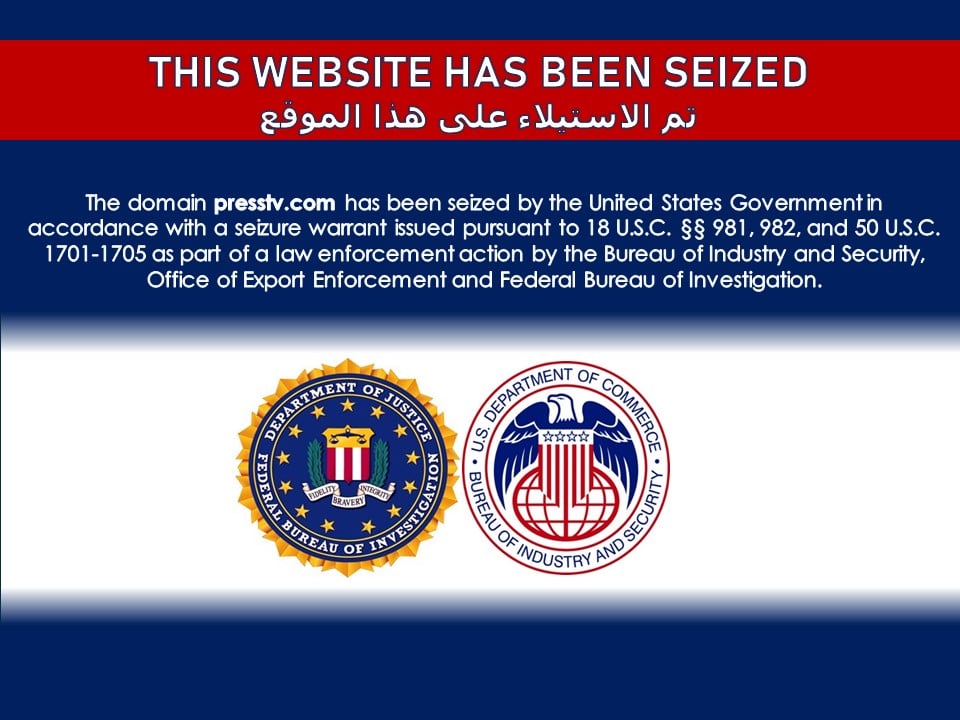 IRAN’S PROPAGANDA OUTLETS TAKE A HIT. FOR ME, IT’S PERSONAL.

This week, seemingly out of the blue, the U.S. government announced that it had seized the websites of several dozens of Iran’s foreign media platforms, including its English-language flagship Press TV and its Arabic-language one, Al-Alam.  The practical effects are minor, because Iran quickly announced that much of this is already back online, under different domain names.  But the symbolic significance of this unusual move – and for me, its personal resonance as well – are well worth noting.

The official American announcement explaining this step was a bit confusing, even to experts on sanctions and related enforcement measures.  What is clear is that this represents an unusual move.  The U.S. has previously shut down and sanctioned media operations of designated terrorist groups or non-state militias, most notably Hezbollah’s Al-Manar television.  It has also recently requested some other, government-sponsored outlets, like Russia’s RT or Qatar’s Al-Jazeera, to register as foreign agents. Seizing official websites outright, however –even those of an adversary state with whom the U.S. has no diplomatic relations — is very rare.

Some therefore speculated that this was merely an obsolescent carryover from the Trump Administration’s “maximum pressure” campaign against Iran’s regime.  Others, at the opposite end of the logical spectrum, wondered if it could even be a Biden Administration effort at political cover for upcoming concessions in the Iran nuclear negotiations.  A few saw a link to the Iran’s newly crowned president, Ebrahim Raisi, who is already under U.S. sanctions for his role in Tehran’s hostile regime, or perhaps to wider current concerns about disinformation, false flag information warfare, and electoral interference.  And still others, myself included, thought it might simply reflect inadequate coordination among the various federal agencies dealing with different aspects of Iranian affairs.

In any case, the impact on the nuclear negotiations, or on other important issues, appears to be negligible.  A few low-level Iranian officials merely protested verbally against the U.S. action.  Similarly, little has surfaced from senior American officials; the State Department referred questions about this issue to the Justice Department, which has almost nothing to add to its original terse and obscure statement.

Nevertheless, the U.S. move against Iran’s leading foreign broadcasters serves as a vivid reminder of how poisonous their propaganda really is.  Regardless of any nuclear deal, this and related dimensions of Iran’s non-nuclear yet hardly conventional threats to the region and to U.S. interests are almost certain to continue apace.  Support for terrorism, subversion, sectarian strife, civil war crimes verging on genocide in Syria and Yemen, and even the eventual destruction of Israel or Arab states allied with the U.S. are hallmarks of Iran’s foreign policy.   And Iran’s foreign media and social media platforms are actively complicit in this campaign.

I know, because until a few years ago I was a frequent guest speaker on both Press TV and Al-Alam.  I had thought to provide a small dose of reason and goodwill to offset their openly adversarial and lopsided discussion.  Yet in vain, as the following two anecdotes, one from each of these two major Iranian outlets, will amply illustrate.

On Press TV, during President Obama’s first year in office, I was featured on a panel about his new approach to U.S. policy in the Middle East.  It was a call-in talk show, and the first caller, an American, responded to my comments as follows: “That guy is a Jew-snake.  And Obama, he looks colored, but he’s really a Jew too.  We have no choice but to get rid of him.”

I looked hard at the show’s moderator, an African American, and at both my fellow panelists, also Americans.  I asked them if they had anything to say to this caller.  They all demurred.  Afterward, I wrote to the moderator, who replied that the channel’s legal department had no problem with what had just occurred on air.  I called the Secret Service, to report that Press TV had just broadcast an explicit death threat against the president – only to be told they would do nothing about it.  I soon stopped answering Press TV’s calls.

Still, I kept appearing on Al-Alam, headquartered in Beirut but broadcasting from a rented studio at the National Press Club, right in downtown Washington, DC.  My rationale was that, since I was speaking in Arabic, I might have greater credibility and possibly some positive impact with that audience.  Once in a while I did get a sympathetic chuckle, as when I remarked that “Iran is indeed ready to fight for Assad’s regime – to the last Arab soldier.”

Eventually, though, as the enormity of Assad’s atrocities and Iran’s collaboration with them became increasingly apparent, Al-Alam’s denials grew ever more strident and extreme.  Finally, they started cutting me off in mid-sentence whenever I cited these incriminating facts.  That’s when I stopped answering Al-Alam’s calls as well.

Which brings us back to the latest website incident, and its implications for future policy.  This atypical American action will, as argued above, probably have only minimal direct impact on Iran’s media “outreach,” on its nuclear program, or on its material support for terrorism.  To those on the receiving end, however, it should serve as one more wake-up call about the Tehran regime’s ultimate objectives and modus operandi.   My own very limited personal experience aside, the non-nuclear threats Iran poses to Americans, Arabs, Israelis, and others are deadly serious.  No nuclear agreement can confront those threats.  On the contrary, some of the resources Iran will gain from sanctions relief will no doubt once again be applied to such abhorrent propaganda, and much worse.  Thus, once that agreement is revived, the U.S. and its friends and allies must become more vigilant, creative, and resolute about meeting that challenge – in both words and deeds. More by the Author

Previous Article
College athletes can make money from their image in Kentucky
Next Article
China promotes Hong Kong security chief to No. 2 official