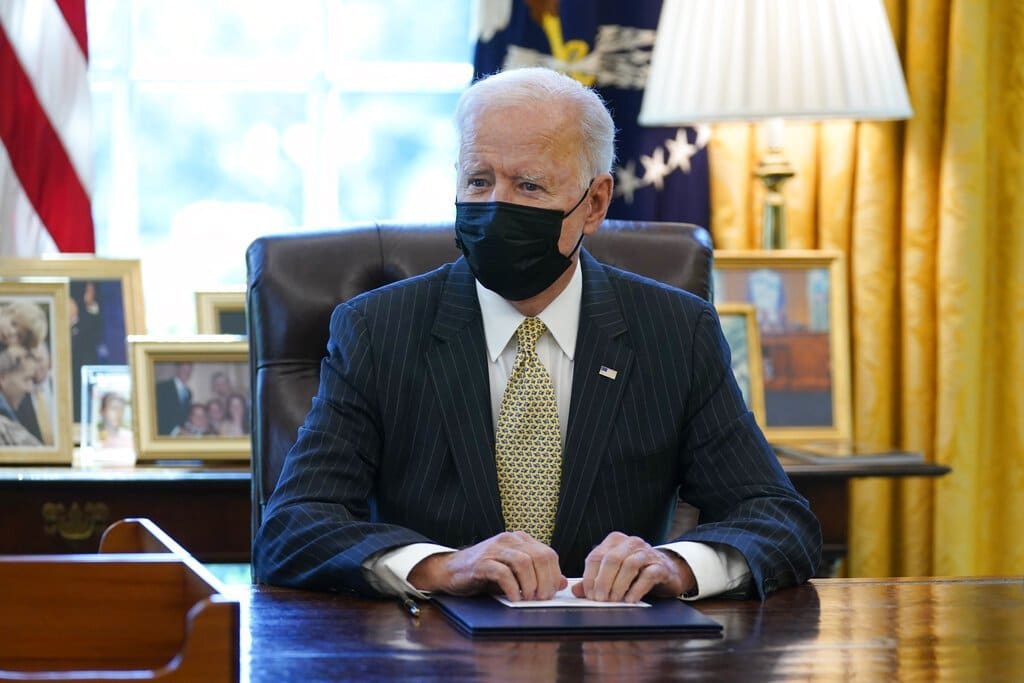 President Joe Biden has an opportunity to learn from the experiences of former Presidents Barack Obama and Donald Trump in creating new policy stances in Libya and promoting Human Rights. Biden has stated that he intends to focus more US emphasis on the Asia-Pacific region vs. the Middle East. However, foreign fighters supported by countries such as UAE, Turkey and Russia of the internal Libyan Warring Factions GNA and LNA, provides President Biden an opportunity to restore EU, NATO and Maghreb Policy coordination with its Mediterranean Allies.

Since February 2011, The Libyan Conflict dragged on until the flare up of 2014 where Russian forces supported General Haftar’s LNA. This resulted in serious setbacks by UAE and Turkish backed forces of the GNBA.

“US President Joe Biden announced the extension of the state of national emergency with regards to Libya for one year, in a letter he sent to House Speaker Nancy Pelosi on Thursday. On 12 February 2021, US President Joe Biden, in his letter addressed to the Speaker of the US House of Representatives, Nancy Pelosi, said that the “situation in Libya continues to pose an unusual and extraordinary threat to the national security and foreign policy of the United States.” He added, that “measures are needed to protect against the diversion of assets or other abuses by members of Gaddafi’s family, their associates, and other persons hindering Libyan national reconciliation.” It is noteworthy that the first emergency was declared on 25 February 2011 during the era of the late Muammar Gaddafi. © ALMARSAD ENGLISH February 2021”

Steps the Biden administration will take

So how will the Biden administration approach this? As in other Diplomatic Missions in the Maghreb, they will be staffed with experienced Senior Diplomats.  The UN, EU and NATO are other significant international organizations that can rally support for Libya by the US as a Mediterranean peace, economic and security issue to include Human Rights and the Humanitarian issue of Migrants flocking to Libya as a pathway to Europe.

Regional countries such as Morocco, Tunisia, and Egypt have an important role in helping Libya reach a lasting political solution to its internal conflict, Jan Kubis, UN Special Envoy and Head of UN Support Mission in Libya (UNSMIL) told the UNSC on Wednesday 27 March 2021.   Libya’s factions officially handed over power to the Government of National Unity (GNU) the last week of March after months of conflict resolution.  As part of October’s ceasefire deal, foreign fighters and mercenaries were supposed to leave Libya by January 23. Kubis reiterated the call for foreign fighters to urgently leave the country as was agreed last year: “Their withdrawal from Libya will go a long way in reconstituting the unity and sovereignty of the country and healing the deep wounds caused by many years of internal strife, active conflict and foreign interference.”  The latest cycle in the UN-led peace process, which took place November in Tunis and ended in Geneva, produced the new transitional government.  Prior to the talks in Tunis, representatives of the rival factions met for several rounds of dialogue in Morocco. The full withdrawal of foreign mercenaries and respect of the ceasefire agreement were key priorities.

Kubis stressed the importance that both the government and Parliament implement the road-map of the Libyan Political Dialogue Forum (LPDF). He underlined that this will only be possible with support from the international community and UNSC. He urged the UNSC to conduct ceasefire monitoring: “It is important to continue to support the authorities in order to address this ongoing threat, act against international terrorism and to fight unlawful armed groups and organized crime networks plaguing the country, which is critical for the stability of Libya.”

After the head of the UN-sponsored and Tripoli-based GNA, Fayez Al-Serraj officially ceded power to the GNU on March 16, Libya’s eastern administration, headquartered in the Cyrenaica region and led by Khalifa Haftar, handed over power to the unity government on March 23.  Prime Minister Abdul Hamid Dbeibah and Mohamed El-Menfi, president of the Libyan Presidential Council, are leading the GNU.  The GNU is tasked with unifying the gas and oil rich country and leading it to democratic elections in December. Speaking during the transition of power ceremony, El-Menfi said: “At the end of this year, we will hand over power to the Libyans so that they can choose their representatives.”  The unity government came about months after the signing of a ceasefire agreement in October that officially ended the Libyan civil war. The interim government is a crucial step in ending Libya’s decade of chaos since the death of Gaddafi in 2011.

The Biden Administration needs to signal confidence to its Maghreb and European Allies to be a voice for humanitarian reasons and peace and stability in the region.  It has the means to fully support diplomatic and economic efforts alongside regional partners, the EU and NATO.  It needs to reopen the Embassy in Tripoli immediately, as France is doing now.