Israel and Hamas after Gaza War 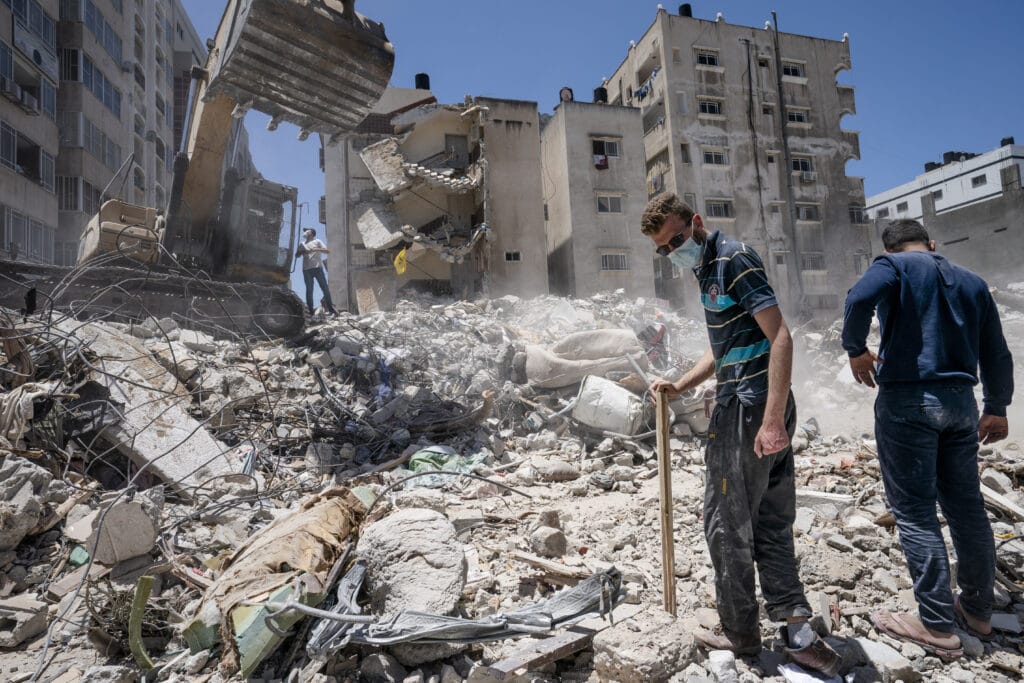 SINCE GAZA WAR, ISRAEL AND HAMAS EXPOSED FOR WHAT THEY ARE

This week, after the cease-fire in the latest armed clash between Israel and Hamas, both parties revealed more of their true colors.  The fragmented Israeli opposition to Prime Minister Netanyahu announced that it had managed to cobble together a bare majority of 61 seats in the Knesset (parliament), based on its showing in the country’s fourth national election in just the past two years. It is therefore now ready, barring any last-minute defections or other complications, to replace Netanyahu’s government, as soon as a formal parliamentary vote is taken within the coming ten days or so.

The new governing coalition will be a motley crew of strange political bedfellows, from the right to the center and the left.  And for the first time in Israel’s nearly 75-year history, it will also include an independent Israeli Arab political party, the United Arab List (known by its acronym Ra’am), headed by newly reelected Knesset Member Mansour Abbas.

Many observers had argued that, right after two weeks of air raids, rockets, and scattered inter-religious riots in Gaza and in Israel, neither the mostly Jewish/Zionist nor the mostly Arab/Islamic political parties inside Israel would want to ally with each other.   But this has plainly turned out to be false.

Instead, most Israelis have watched with relief as Mansour Abbas visited the small central town of Lod, where Arab protesters had torched a local synagogue, to denounce such violence as anti-Islamic.  Yesterday Naftali Bennett, head of the Yamina (Rightward) Party now slated to become Israel’s first religious Jewish prime minister, responded in kind, praising Mansour Abbas as “a brave leader.”

Even Avigdor Liberman, the Russian Jewish immigrant head of the Yisrael Beitenu (Israel Is Our Home) Party who had once publicly questioned the loyalty of Israel’s nearly two million Arab citizens, is today suddenly formally aligned with one of their political parties as well.  At the opposite end of Israel’s political spectrum, the small extremist Otzma Yehudit (Jewish Power) party, one of Netanyahu’s new-found allies, has been totally frozen out of the incoming government.

To some so-called “progressives” abroad, who had lately taken to tarnishing Israel with the brush of “apartheid,” all this must come as a rude awakening.  One wonders how many of them will now have the courage and integrity to admit their error.  For it turns out that, even in the aftermath of a mini-war in Gaza and a shocking burst of ethnic/religious strife on the home front, Israel has just revealed itself, for all its flaws, as what it truly is:  a democracy.

Hamas, for its part, has also presented its apologists abroad with a telling revelation.  As the conflict in Gaza unfolded, some claimed that Hamas had started raining rockets and missiles on Israel only to obtain justice and equal rights for Palestinians, as part of a newly trendy “one-state solution.” This week, however, Hamas spokesman Mahmoud Al-Zahar put the lie to this naïve assertion.

The “victory” in Gaza, Al-Zahar boasted, was but the latest step toward the Hamas goal of expelling 6 million Jews from all of historic Palestine.  Netanyahu must “return” to the U.S., he declared, and Liberman must return to Russia.  The head of Iran’s Revolutionary Guards, Esmail Ghaani, hastened to second the motion:  Israeli Jews, he proclaimed, should now hurry to buy homes in Europe, while prices are still relatively low.  Hamas, Ghaani added, had deliberately refrained from attacking some civilian targets in Israel – because soon the Palestinians would move in and take them over for themselves.

All this flies in the face, not only of peace or justice, but also of the expressed wishes of the suffering people of Gaza, the real victims of Hamas control.  Credible public opinion polls conducted by the Palestine Center for Public Opinion over the past decade demonstrate, beyond a shadow of doubt, that most Gazans have been consistently opposed to the Hamas policy of firing missiles, rockets, or incendiary balloons at Israel, and even to the Hamas-sponsored protests at the border fence.

Rather, the majority of Gazans have typically supported a cease-fire, and even open economic relations, with Israel.  Half or more have also voiced the view, despite the personal risk involved, that Hamas should drop its calls for the destruction of Israel, and accept a two-state solution instead. And overall, the large majority of Gazans, according to the most recent polls, reject Hamas rule altogether.  Which helps explain why Hamas quietly accepted “postponement” of the planned Palestinian election in May, just before it tried to change the subject by launching armed attacks across the border.

This practiced deception also explains why Hamas abruptly expelled the UN official who directed UNRWA operations in Gaza, for publicly stating the truth:  that Israel’s campaign there was very precisely targeted at legitimate military targets, so that the damage to civilians or public infrastructure was much less than initially reported.   His successor instantly apologized and disavowed those honest remarks – presumably so that Hamas would not expel him too.

This scandalous episode demonstrates all too well how easily, even routinely, Hamas manipulates foreign observers. In the case of the UN, it is shocking but not surprising, given that organization’s famously anti-Israel bias.  More surprising, perhaps, is how readily Hamas propaganda has been able to hoodwink supposedly neutral news outlets, in this and previous occasions when Hamas initiated armed conflict with Israel. This applies as well to the phony claim that Israel still “occupies” or “besieges” Gaza, when in fact Israel withdrew all its troops and settlers back in 2005, and has provided water and electricity while allowing hundreds of cargo trucks daily into the territory ever since.

In short, Hamas words and deeds during and since this latest violent episode expose it, for all its lies, as what it truly is:  a terrorist organization.  But its terrorism does not represent even its own subject population.  They deserve to live in peace and dignity, as do their Israeli neighbors.  The sooner the international community recognizes these twin truths about Israel and Hamas revealed by recent events, the more likely progress will become toward this maddeningly elusive yet assuredly important long-term goal. More by the Author

2002 Iraq War authorization to be repealed by House

Rafael Nadal not to play at Wimbledon, Tokyo Olympics