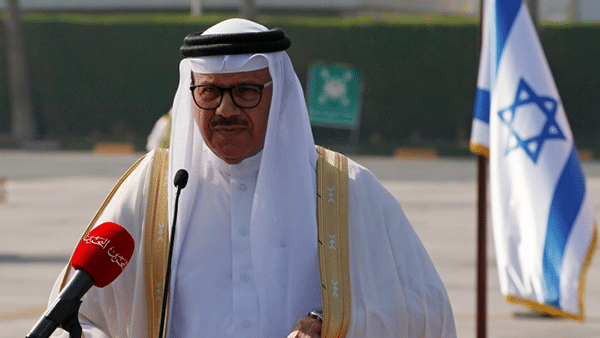 A Bahraini ambassador to Israel is appointed

This week, nearly seven months after the signing of the Abraham Accords, an important step toward full normalization with Israel was taken by Bahrain, when it announced the appointment of its first ambassador to Israel, Khaled Yousif al-Jalahama, until recently the Director of Operations in the Bahraini Foreign Ministry.  In the coming weeks, ahead of Al-Jalahama’s arrival, a team from Manama will travel to Israel to set up the Bahraini embassy in the Tel Aviv metropolitan area.

The first official Israeli delegation visited Bahrain in 1994, Bahrain ended its participation in the Arab League’s boycott of Israel in 2005 and officially recognized Israel’s right to exist in 2018.  Israeli officials were reportedly representing Israel in Manama for some years, the foreign ministers of the two countries met several times on the sidelines of the UN General Assembly in New York, official delegations held mutual visits and trade and cultural exchanges were a permanent feature in relations before 2020.  Bahrain also made efforts over the years to widen its contacts with the American Jewish community, with the small Jewish community of Bahrain helping in cementing these ties.

Related: The War Between Israel and Hamas Tests Arab-Israeli Normalization

The Iranian threat – nuclear, conventional and meddling in the domestic affairs of Bahrain – served as a catalyst in bringing Bahrain closer to Israel, and the two countries have also realized the benefits of bilateral cooperation on a wide array of security, economic, scientific and technological issues.  While underscoring the need to advance a two-state solution, as the way to resolve the Israeli-Palestinian conflict, Bahrain did not condition its agreement to normalize ties with Israel on progress with the Palestinian issue.

These relations advanced under Saudi Arabia’s watchful eyes.  Bahrain’s foreign policy is strongly connected, if not dictated by Riyadh, and any steps including ties between Bahrain and Israel would have required a “green light” from the Saudis.  Similarly, Israel made efforts to broaden its relations with GCC states bilaterally, but at the same time kept its eyes on what it regarded as the “big prize,” relations with the Kingdom of Saudi Arabia.

Relations between Saudi Arabia and Israel have certainly progressed in recent years, yet from the Saudi perspective, the time has not come yet to move toward normalization with Israel.  Differences in views regarding normalization with Israel between King Salman and his son Crown Prince Mohammed bin Salman (MBS), Saudi Arabia’s complex domestic arena and its role as custodian of Islam’s holy sites in Jerusalem are part of the explanation of Saudi Arabia’s reluctance to move forward.

Notwithstanding, the kingdom has taken steps independently (a reported meeting between Crown Prince MBS and Israeli Prime Minister Benjamin Netanyahu in Neom in February) and has also assisted other Gulf states in advancing their relations with the Jewish state.  Saudi Arabia gave its blessing to normalization between Israel, Bahrain and the UAE, and has allowed direct commercial flights between Tel Aviv, Abu Dhabi and Manama, operated by Israel’s airline El Al, through Saudi air space.

Saudi officials, however, have made it clear that normalization with Israel in the future would require progress on the Israeli-Palestinian front.  In the meantime, the Saudis are closely following the implementation of the Abraham Accords, viewing them as test cases for potential Saudi-Israeli normalization in the future.

During Trump’s presidency, his administration made painstaking efforts to advance Saudi-Israeli normalization, which it regarded as “the crown jewel,” but to no avail.  With the Biden Administration taking over, U.S-Saudi relations have become more tense and strained.  The Saudi are clearly on the defensive and are worried that the Biden Administration and the Democratic-controlled Senate and House of Representatives would increase pressure on the kingdom.

In this context, Saudi Arabia may opt to take additional steps to normalize ties with Israel, as a way to ease off U.S pressure.  Nevertheless, unlike Bahrain and the UAE, the Saudis would most likely condition normalization on concrete Israeli confidence building measures (including concessions) toward the Palestinians, something that the Biden Administration would certainly welcome.