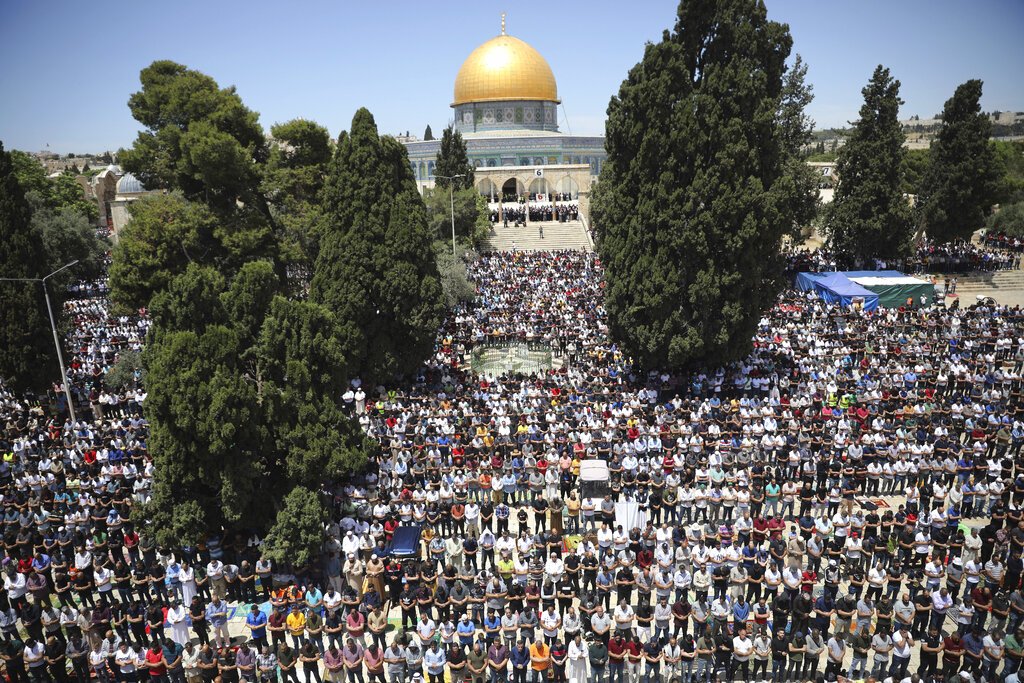 The last round of fighting between Israel and Hamas ended on May 21 with a ceasefire brokered by the U.S, Egypt and Qatar.  Despite the de-escalation, tensions between the two sides have not subsided significantly. This week, as Israel allowed the flag parade to take place in parts of the Old City of Jerusalem, Hamas warned of possible escalation, stating in will not hesitate once again to come to the defense of the al-Aqsa Mosque. While not firing rockets, incendiary balloons were launched from the Gaza Strip into southern Israel, causing fires in agricultural fields in close proximity to the Israel-Gaza fence.

Israel was quick to retaliate that same day, as the Israeli air force bombed targets in the area of Khan Yunis in the southern part of the Gaza Strip. When the ceasefire was reached in late May it was clear more work had to be done for it to be long lasting. Talks continued between Israel and Egypt, as well as Hamas and Egypt, but no additional agreements were reached. Israel made clear to Egypt that if Hamas continues to launch incendiary balloons, it will react forcefully. The new Israeli government led by PM Naftali Bennett, sworn in this week, will be convening a special meeting of its security cabinet next week to reevaluate Israel’s Gaza policy.

In recent days, another regional actor has emerged which may try to help the parties reach more firm understandings that will allow a long-term ceasefire. The Kingdom of Morocco, which has been active in efforts to advance Israel-Palestinian peace in the past, has never attempted to mediate between Israel and Hamas.  Nevertheless, this week Moroccan King Mohammed VI congratulated Israel’s new Prime Minister Bennett on his election and the swearing of the new government, and one day later the Moroccan Justice and Development Party (PJD), which heads the governing coalition, hosted in Rabat a Hamas delegation, led by the Head of Hamas’ Political Bureau, Ismail Haniyeh.

The King in his message to Bennett stressed Morocco’s interest in continuing efforts to bring to a just and lasting peace in the region, which “guarantees all the peoples in the region to live side by side in security, stability and harmony”. Notwithstanding, PJD’s Deputy Secretary General, Suleiman al-Omrani, referring to the Hamas delegation’s arrival, stated “the visit falls within the framework of relations between the kingdom of Morocco and Palestine”.

The visit of the Hamas delegation to Morocco is unusual.  Morocco, which was the fourth Arab country to establish diplomatic relations with Israel in late 2020, is fully aware of the sensitivities of the U.S and Israel regarding Hamas and although the delegation was not invited by the Moroccan government it is hard to imagine the government in Rabat did not notify Washington and Jerusalem of its intention to host Haniyeh. Moreover, Morocco may have given the U.S and Israel prior notice, and if so may have received their blessing or at least their “non-objection” to the visit.

Haniyeh has so far met with the Speaker of the Moroccan parliament and with the leaders of the parliamentary opposition. Moroccan Prime Minster Saad Dine Ei Otmani held a reception for Haniyeh in his capacity as PJD leader. In a statement the PM issued he noted the King promised efforts to entrench Moroccan sovereignty over the Western Sahara (part of the U.S-Morocco-Israel deal) would not come “at the expense of the Palestinian people”.

Hamas and Haniyeh have been critical of Morocco’s decision to resume diplomatic ties with the Jewish state, and politicians and analysts in Rabat view the PJD’s decision to invite Haniyeh as part of the party’s efforts ahead of the September parliamentary elections to show support and solidarity with the Palestinians, as the normalization agreement with Israel led to protests and harsh criticism in recent months. In conclusion, it seems that the visit of the Hamas delegation in Morocco is tied to Moroccan political dynamics rather than real Moroccan efforts to bring about a long-term ceasefire between Israel and Hamas. It does not mean however that the door is closed to future Moroccan efforts to lower Israel-Hamas tensions. Read More By the Author