It was all-hands-on-deck after derailed in rural Montana 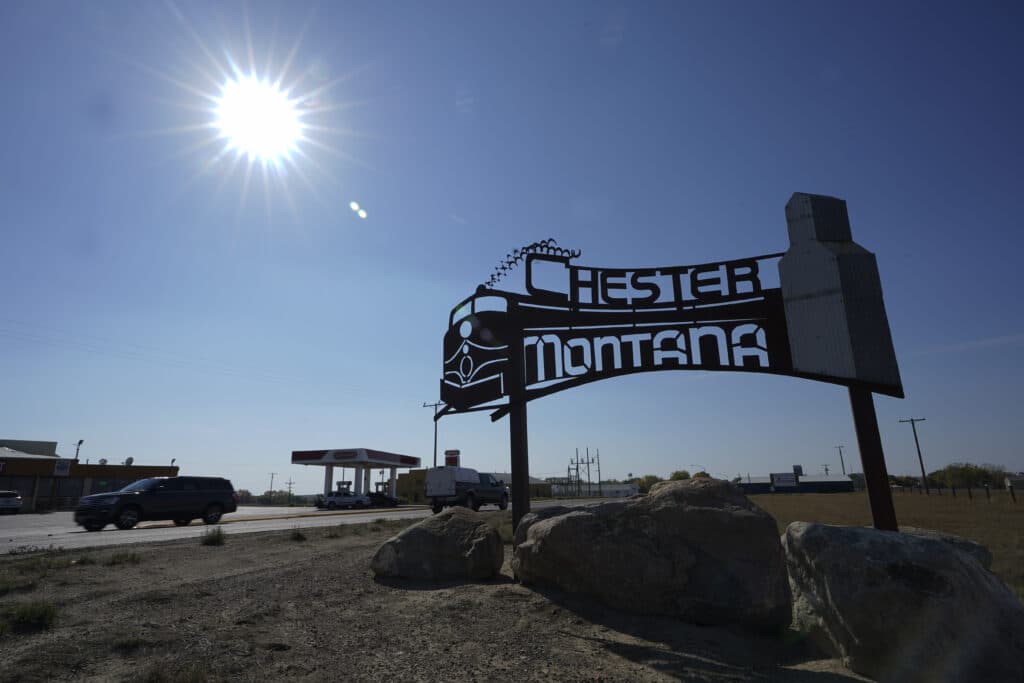 An Amtrak Empire Builder en-route from Chicago to Seattle derailed Saturday afternoon killing three people and injuring dozens of others. Trevor Fossen witnessed a wall of dust and debris, that behind it was the derailment of the Amtrak passenger train as he was approaching the crossing the train never made it to. The Associated Press has the story:

Emergency responders, firefighters, law enforcement, medical providers and regular citizens all came to give aid at the accident scene

CHESTER, Mont. (AP) — Trevor Fossen was running late for a wedding Saturday afternoon when he turned onto a dusty, gravel road in rural Montana as a westbound train approached the crossing in front of him.

The train never made it to the crossing. The next thing Fossen saw was a wall of dust fill the sky.

“I started looking at that, wondering what it was, and then I saw the train had tipped over and derailed,” said Fossen, a 29-year-old farmer.

It was an Amtrak Empire Builder en-route from Chicago to Seattle that had derailed, killing three people and injuring dozens of others. Investigators still don’t know what caused the crash.

Fossen called 911, setting off a chain reaction of help from residents in the nearby towns of Joplin and Chester as people jumped into action to get people off the train, care for injured passengers and those who were stunned and had suffered bumps, bruises, and other less serious injuries.

The regional response of volunteer emergency responders, firefighters, law enforcement, medical providers and regular citizens all working together to help those whose trip was so suddenly and violently interrupted embodied the spirit of a rural part of Montana near the Canadian border.

Fossen said he started to help first responders get a handful of people out of a train car that was leaning, then moved back to three cars that were detached from the train and were laying on their sides. He and others helped get a badly injured woman out of a car. Others helped unload the baggage car near the front of the train.

The three who didn’t survive were identified as Donald Varnadoe, 74, and Marjorie Varnadoe, 72, a married couple from Georgia; and Zachariah Schneider, a 29-year-old from Illinois. All were pronounced dead at the scene, the Liberty County Sheriff’s Office said.

Dale Fossen, Trevor’s uncle, farms nearby and arrived at the scene shortly after the crash. The 75-year-old amateur photographer said he wasn’t sure what he could do to help, but he observed the chaotic scene and took some pictures with his cellphone.

“There’s a lot of people standing around. Some of them are sitting, some of them are holding parts of their body like an arm or a head. People saying that they hurt really bad,” he said.

“People kind of standing in the dust just bewildered,” he said. “I saw a small child, mother and father, sitting on the railroad tracks right behind the first car that I saw laying sideways. The little girl was crying.”

Dale Fossen said he walked over a rise and saw the three cars on their sides.

“I could see people standing on top of the middle car and ladders and I saw them trying to cut a hole in the roof that was laying on the side,” he said. The effort to cut into the rail car failed, even with the Jaws of Life equipment.

He talked to a man he estimated to be 35 to 40 years old who told him he was in one of the cars when it started to tip sideways, and a large spring went through the windshield by him.

“So, he grabbed ahold of something as the car tipped over,” Fossen said. “He said the only thing that kept him from going underneath the train was him holding on.”

Meanwhile, Liberty Medical Center in Chester called in all of its staff — including housekeeping — and most responded, said Bev Halter, director of human resources. They triaged 31 patients Saturday evening.

“We may be a small Critical Access Hospital in a remote location, but we were able to show the size of our commitment to being here for those in need,” Halter said in a statement. “We are so thankful for this facility, our employees, and the community who pulled together to provide the best response and care possible.”

Those who were seriously injured were taken by ambulance or air ambulance to other hospitals in the region who had called and offered their help, said Sarah Robbin, the Disaster and Emergency Services coordinator for Liberty County.

Those who were not seriously injured were loaded onto school buses and the senior citizen bus and taken to a school gym and community center in Chester, where residents helped them charge their cellphones to call families and healthcare workers evaluated them for injuries. Some were able to take showers and the passengers were offered something to eat.

Ricky Maan, owner of the Chester Supermarket, said he provided water, ice and made some pizzas and allowed residents to take whatever else was needed for the passengers, including napkins, wipes and bandages.

“I told my cashier, don’t charge them,” said Maan, whose family bought the grocery store five years ago. “We can help those people who already hurt.”

He added: “We like to help all the time. This is our community. . . We used to live in a big city, we never see like this. But in small town, everybody is like, once something happens, is all together.”

“I just want to say the response across the Hi-Line was fantastic,” said Robbin, the DES coordinator. “We can’t thank our partners enough, who came from everywhere and did what they needed to do and it’s just going to be one of those things that I don’t know that we’ll ever be able to repay, but know that when they put out the call, we will be there for them.”