Jack Eichel out as Buffalo Sabres captain due to failing physical 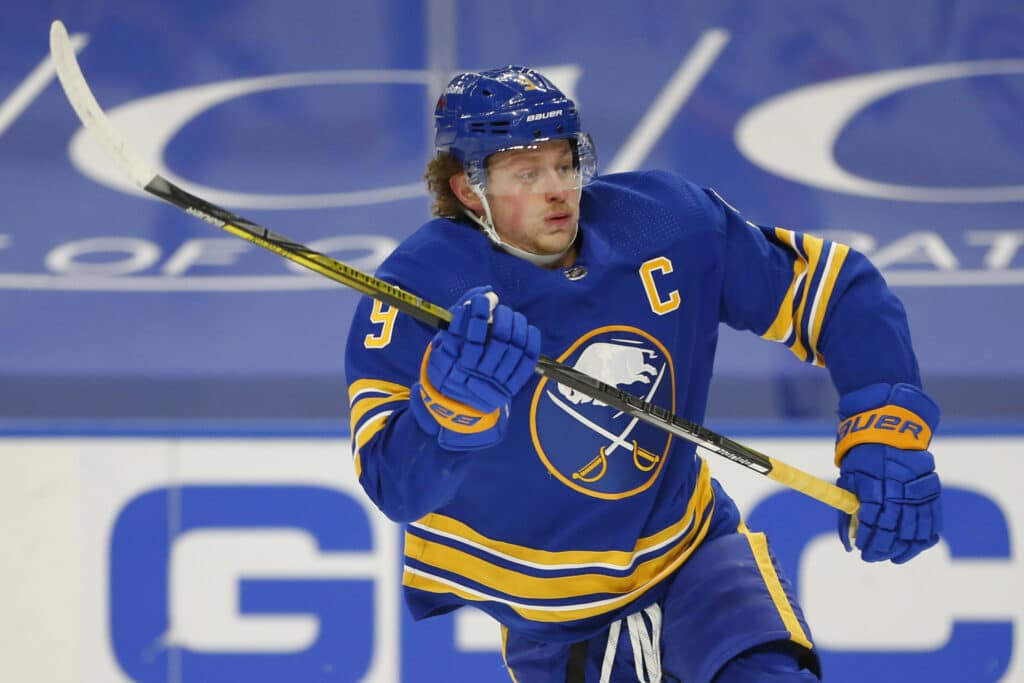 A herniated disk is causing problems form Buffalo Sabres Center Jack Eichel, causing him to fail a physical and be unable to play. After six months on the sidelines, the team finally removed him as captain. The Associated Press has the story:

Buffalo Sabres at impasse over player unable to perform

BUFFALO, N.Y. (AP) — Buffalo Sabres center Jack Eichel failed his pre-training camp physical and was placed on injured reserve, leaving the two sides no closer to a resolution over how to treat a herniated disk which has sidelined the player for six months.

General manager Kevyn Adams said the player has also been stripped of his captaincy as the Sabres opened camp Thursday. The developments leave Eichel being out for the foreseeable future, with the growing likelihood the face of the franchise has already played his final game with the team which selected him with the No. 2 pick in the 2015 draft.

In what has become an ever-widening rift, the Sabres have so far failed in their attempts to trade the five-time 20-goal scorer this offseason. And Eichel, who first publicly questioned his future in Buffalo in May, changed agents last month in hopes to spur a trade.

“We’re not going to cave or back down due to pressure,” Adams said. “If we had an easy solution, we would’ve acted on it. We’ll look at every possible scenario as we move forward.”

Adams said Eichel will not work out with the team, and informed Sabres players of the now former captain’s status on Wednesday.

The Sabres and Eichel remain at odds over how to treat the injury he sustained after being checked into the end boards by Casey Cizikas in a game against the New York Islanders in March.

Eichel favors having artificial disk replacement surgery. The Sabres are against him having the procedure because it has never been performed on an NHL player, and prefer him having the disk fused.

Under the NHL’s new collective bargaining agreement reached last year, teams now have the final say on how players can treat injuries. The Sabres could eventually opt to suspend Eichel, which would likely lead to the player filing a grievance through the NHL Players’ Association.

There was little expectation Eichel would pass his physical. The option of surgery became necessary once the injury showed no sign of healing after doctors initially recommended Eichel rest it through the start of June.

The 24-year-old Eichel has five years left on an eight-year, $80 million contract and features a no-trade clause which kicks in next summer.

The dispute has raised a pall over a team seeking to start fresh under first-year coach Don Granato, and following an offseason purge of veterans. Forward Sam Reinhart was traded to Florida and defenseman Rasmus Ristolainen was shipped to Philadelphia in July.

Both players expressed their frustrations with the Sabres in May after Buffalo finished last in the overall standings for a fourth time in eight years, and matched an NHL record by missing the playoffs for a 10th consecutive season.

The Sabres are focusing their latest rebuilding plans on developing through youth under Granato, who initially took over as interim coach after Ralph Krueger was fired in March before being hired on a permanent basis in June.

Granato is the team’s sixth coach since Lindy Ruff was fired in February 2013.