Largest rate hike by the Fed since 1955 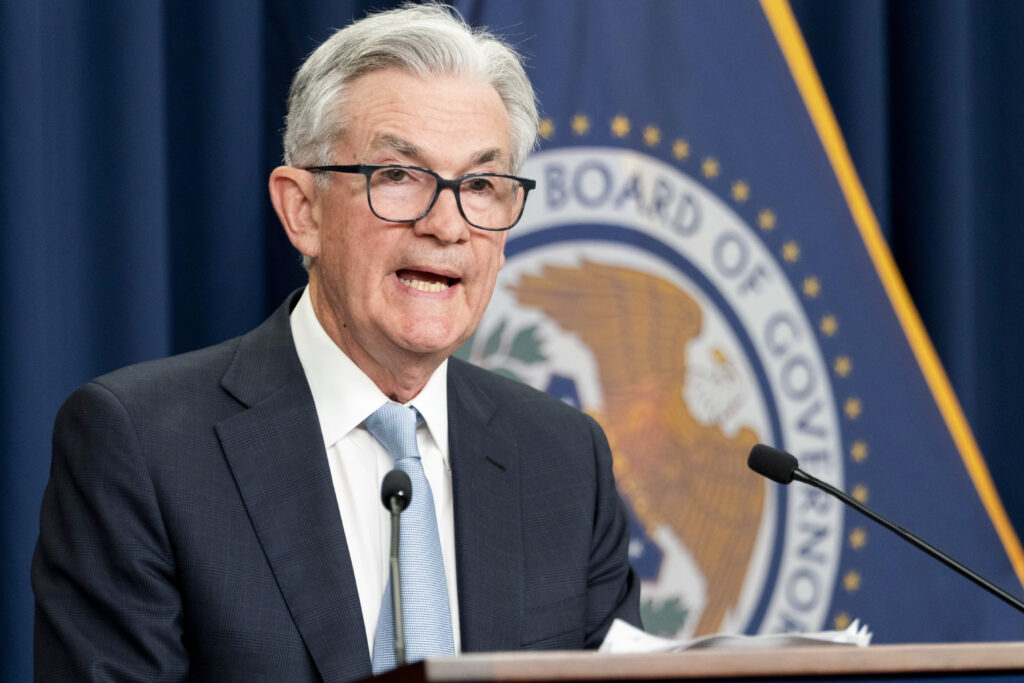 In response to soaring inflation that will not go away, the Federal Reserve increased its key interest rate again, this time by three-quarters of a point. And it’s just the one of more large rate increases expected in the next few months. The Associated Press has the story:

WASHINGTON (AP) — The Federal Reserve on Wednesday intensified its drive to tame high inflation by raising its key interest rate by three-quarters of a point — its largest hike in nearly three decades — and signaling more large rate increases to come that would raise the risk of another recession.

The move the Fed announced after its latest policy meeting will raise its benchmark short-term rate, which affects many consumer and business loans, to a range of 1.5% to 1.75%. With the additional rate hikes they foresee, the policymakers expect their key rate to reach a range of 3.25% to 3.5% by year’s end — the highest level since 2008 — meaning that most forms of borrowing will become sharply more expensive.

The central bank is ramping up its drive to tighten credit and slow growth with inflation having reached a four-decade high of 8.6%, spreading to more areas of the economy and showing no sign of slowing. Americans are also starting to expect high inflation to last longer than they had before. This sentiment could embed an inflationary psychology in the economy that would make it harder to bring inflation back to the Fed’s 2% target.

The Fed’s three-quarter-point rate increase exceeds the half-point hike that Chair Jerome Powell had previously suggested was likely to be announced this week. The Fed’s decision to impose a rate hike as large as it did Wednesday was an acknowledgment that it’s struggling to curb the pace and persistence of inflation, which has been worsened by Russia’s war against Ukraine and its effects on energy prices

Speaking at a news conference Wednesday, Powell suggested that another three-quarter-point hike is possible at the Fed’s next meeting in late July, if inflation pressures remain high. Asked why the Fed was announcing a more aggressive rate hike than he had earlier signaled it would, Powell replied that the latest data had shown inflation to be hotter than expected and that the public’s inflation expectations have accelerated.

“We thought strong action was warranted at this meeting,” he said, “and we delivered that.”

Inflation has shot to the top of voter concerns in the months before Congress’ midterm elections, souring the public’s view of the economy, weakening President Joe Biden’s approval ratings and raising the likelihood of Democratic losses in November. Biden has sought to show he recognizes the pain that inflation is causing American households but has struggled to find policy actions that might make a real difference. The president has stressed his belief that the power to curb inflation rests mainly with the Fed.

Yet the Fed’s rate hikes are blunt tools for trying to lower inflation while also sustaining growth. Shortages of oil, gasoline and food are escalating prices. The Fed isn’t ideally suited to address many of the roots of inflation, which involve Russia’s invasion of Ukraine, still-clogged global supply chains, labor shortages and surging demand for services from airline tickets to restaurant meals.

At his news conference, Powell struck a defensive note when asked whether the Fed was now prepared to accept a recession as the price of curbing inflation and bringing it close to the Fed 2.% target level.

“We’re not trying to induce a recession now,” he said. “Let’s be clear about that. We’re trying to achieve 2% inflation.”

Borrowing costs have already risen sharply across much of the U.S. economy in response to the Fed’s moves, with the average 30-year fixed mortgage rate topping 6%, its highest level since before the 2008 financial crisis, up from just 3% at the start of the year. The yield on the 2-year Treasury note, a benchmark for corporate borrowing, has jumped to 3.3%, its highest level since 2007.

Even if a recession can be avoided, economists say it’s almost inevitable that the Fed will have to inflict some pain — most likely in the form of higher unemployment — as the price of defeating chronically high inflation.

Over the next two years, the officials are forecasting a much weaker economy than was envisioned in March. They expect the unemployment rate to reach 3.7% by year’s end and 3.9% by the end of 2023. Those are only slight increases from the current 3.6% jobless rate. But they mark the first time since it began raising rates that the Fed has acknowledged that its actions will weaken the economy.

The central bank has also sharply lowered its projections for economic growth, to 1.7% this year and next. That’s below its outlook in March but better than some economists’ expectation for a recession next year.

Investments around the world, from bonds to bitcoin, have tumbled on fears surrounding inflation and the prospect that the Fed’s aggressive drive to control it will cause a recession. Even if the Fed manages the delicate trick of curbing inflation without causing a downturn, higher rates will nevertheless inflict pressure on stocks. The S&P 500 has already sunk more than 20% this year, meeting the definition of a bear market.

Other central banks are also acting swiftly to try to quell inflation, even with their nations at greater risk of recession than the U.S. The European Central Bank is expected to raise rates by a quarter-point in July, its first increase in 11 years. It could announce a larger hike in September if record-high levels of inflation persist. On Wednesday, the ECB vowed to create a market backstop that could buffer member countries against financial turmoil of the kind that erupted during a debt crisis more than a decade ago.

The Bank of England has raised rates four times since December to a 13-year high, despite predictions that economic growth will be unchanged in the second quarter. The BOE will hold an interest rate meeting on Thursday.

Last week, the World Bank warned of the threat of “stagflation” — slow growth accompanied by high inflation — around the world.