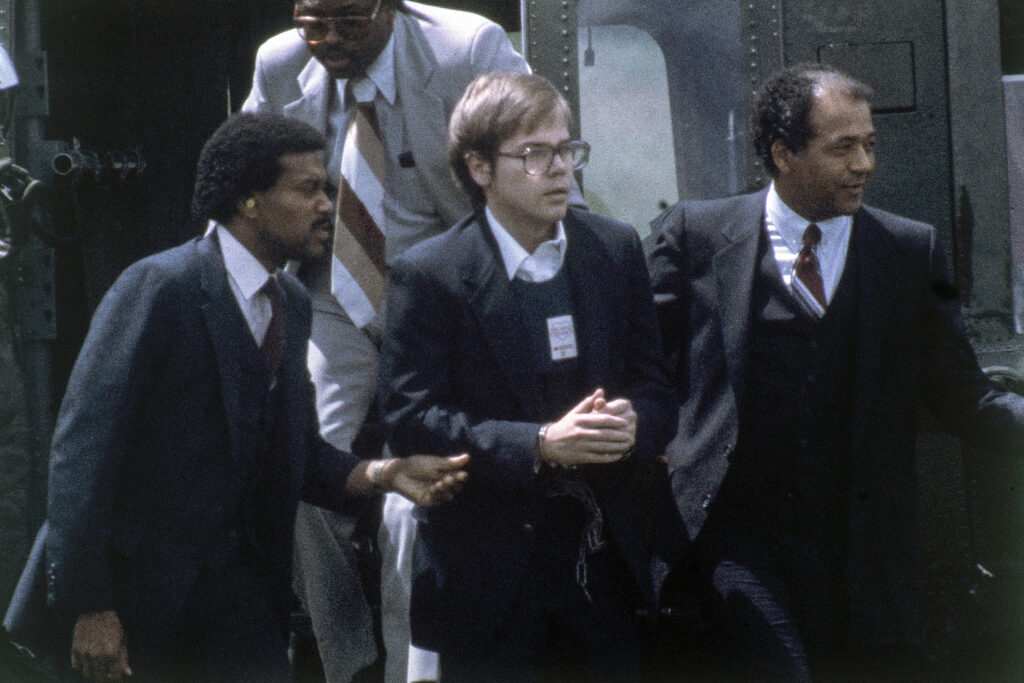 The man shot and wounded President Ronald Reagan is finally free of all government restrictions, and is making plans to give a concert playing guitar and singing. John Hinckley Jr. no longer has court oversight, and is considered mentally stable living in Virginia. The Associated Press has the story:

The lifting of all restrictions had been expected since late September. U.S. District Court Judge Paul L. Friedman in Washington said he’d free Hinckley on June 15 if he continued to remain mentally stable in the community in Virginia where he has lived since 2016.

Hinckley, who was acquitted by reason of insanity, spent the decades before that in a Washington mental hospital.

Freedom for Hinckley will include giving a concert — he plays guitar and sings — in Brooklyn, New York, that’s scheduled for July. He’s already gained nearly 30,000 followers on Twitter and YouTube in recent months as the judge loosened Hinckley’s restrictions before fully lifting all of them.

But the graying 67-year-old is far from being the household name that he became after shooting and wounding the 40th U.S. president — and several others — outside a Washington hotel. Today, historians say Hinckley is at best a question on a quiz show and someone who unintentionally helped build the Reagan legend and inspire a push for stricter gun control.

“If Hinckley had succeeded in killing Reagan, then he would have been a pivotal historical figure,” H.W. Brands, a historian and Reagan biographer, wrote in an email to The Associated Press. “As it is, he is a misguided soul whom history has already forgotten.”

Barbara A. Perry, a professor and director of presidential studies at the University of Virginia’s Miller Center, said that Hinckley “would be maybe a Jeopardy question.”

But his impact remains tangible in Reagan’s legacy.

“For the president himself to have been so seriously wounded, and to come back from that — that actually made Ronald Reagan the legend that he became … like the movie hero that he was,” Perry said.

Friedman, the federal judge overseeing Hinckley’s case, said on June 1 that Hinckley has shown no signs of active mental illness since the mid-1980s and has exhibited no violent behavior or interest in weapons.

“I am confident that Mr. Hinckley will do well in the years remaining to him,” the judge said during the hearing earlier this month.

He noted that lawyers for the government and Hinckley have fought for years over whether Hinckley should be given increasing amounts of freedom.

“It took us a long time to get here,” he said, adding that there is now unanimous agreement: “This is the time to let John Hinckley move on with his life, so we will.”