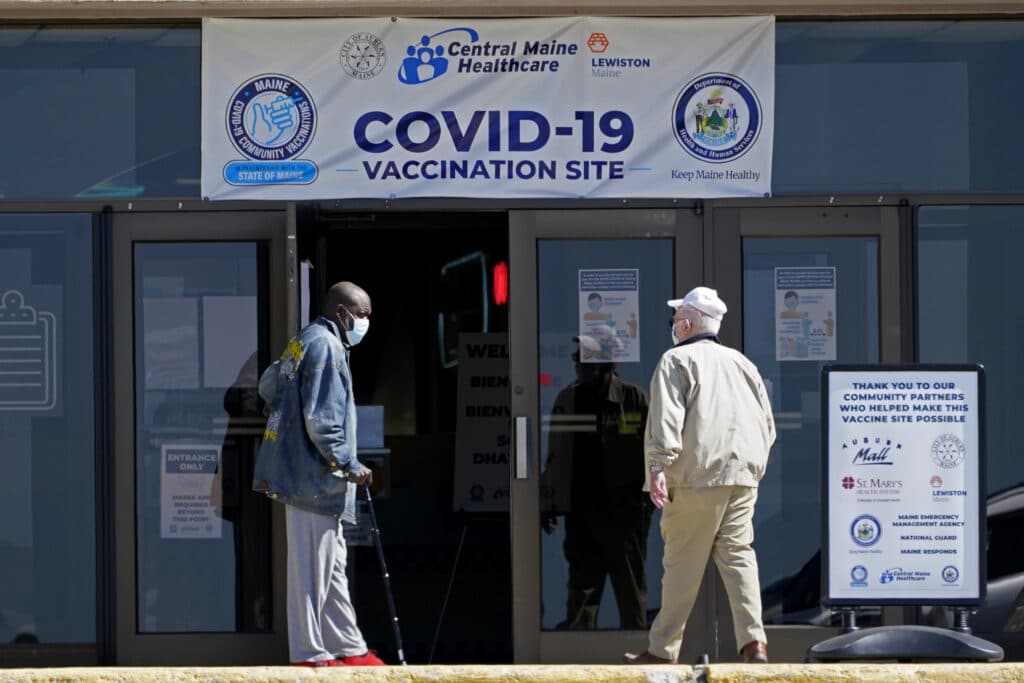 Ending the spread of COVID-19 in the U.S. is proving to be more difficult than expected as a variant of the virus spreads and many Americans refuse to get the vaccine. Hospitalizations in parts of Missouri are surging and cases are rising sharply in Texas. The Associated Press has the story:

Efforts to end the coronavirus pandemic protracted by complications

(AP) As cases tumble and states reopen, the potential final stage in the U.S. campaign to vanquish COVID-19 is turning into a slog, with a worrisome variant gaining a bigger foothold and lotteries and other prizes failing to persuade some Americans to get vaccinated.

While two of the states slammed hardest by the disaster, California and New York, celebrated their reopenings this week with fireworks and a multimillion-dollar drawing, hospitalizations in parts of Missouri are surging and cases are rising sharply in Texas, illustrating the challenges the country faces this summer.

One major concern is the highly contagious and potentially more severe delta variant of the coronavirus that originated in India. While health officials say the vaccines are effective against it, the fear is that it will lead to outbreaks in states with lower vaccination rates.

The delta variant has increased from 2.7% of all cases in May to 9.7% this month, Dr. Rochelle Walensky, director of the U.S. Centers for Disease Control and Prevention, said during a call for governors on Monday, according to details provided by the Washington governor’s office.

At the same time, states are convening focus groups to better understand who is declining to get vaccinated, why, and how to convince them that getting the shot is the right thing to do.

“It’s a race between the vaccines going into people and the current or future variants,” said Kansas Health Secretary Dr. Lee Norman.

Average deaths and cases per day have plummeted 90% or more across the U.S. since the winter. But the picture is uneven.

In Texas, the rolling average of newly confirmed infections has climbed from about 1,000 per day on May 31 to nearly 2,000 this week.

A swath of Missouri is seeing a big rise in cases and hospitalizations as tourists eager to get out after being cooped up for a year make their way to popular destinations like Branson and Lake of the Ozarks. Health officials said more than 200 people were hospitalized with the virus in southwestern Missouri, nearly double the number at the start of May. The number of patients in intensive care units in the region has tripled.

Health experts cite two factors driving the surge there: the faster-spreading delta variant and a reluctance among residents to get vaccinated.

Biden’s goal of 70% vaccinated by July 4 not likely

The U.S. is expected to fall short of President Joe Biden’s goal of dispensing at least one dose to 70% of American adults by July 4. The figure stands at about 65%.

Among the states that don’t expect to hit the goal are Kansas and Idaho. In Idaho, some counties have adult vaccination rates under 30%, said Elke Shaw-Tulloch, public health administrator for the state Department of Health and Welfare.

To increase vaccinations, several states are working to break up large shipments of vaccine into smaller lots, which can then be distributed to doctors’ offices. Health officials see primary care physicians as key to easing people’s concerns.

“People want to hear it from their doctor, their medical providers, people that they know and trust,” Norman said.

Big, splashy giveaways such as lotteries have gotten a lot of headlines and dispensed millions of dollars. In Maine, home of the outdoor wear company L.L. Bean, Bean gift cards were a big hit. But elsewhere, there has been skepticism about such programs.

Shaw-Tulloch said some businesses in Idaho had offered financial incentives for employees to get vaccinated but didn’t get many takers. Instead, she said, the key is making it easy to get a vaccine by turning it into part of a person’s “daily flow.”

Some people’s attitude is that “if a vaccine were to fall out of the sky and hit me in the arm, I’ll get it. But I’m not going to interrupt my busy daily life to make that effort and go in and get a vaccination,” she said.

She added: “That’s why we’re really focusing on walk-in clinics, pop-up clinics where, wherever they turn, there’s a place that’s easily available for getting the vaccine.”

Elsewhere around the world, there have been glimmers of hope, as India reopened the Taj Mahal amid a decline in new infections. In France, where virus cases are below 4,000 per day — down from 35,000 in the spring — authorities eased the requirements on wearing masks outdoors and said the nightly curfew will end this weekend.

“We have not known such a low level of virus spreading since last August,” Prime Minister Jean Castex said.

Meanwhile, South Africa imposed tighter restrictions on public gatherings and liquor sales as hospital admissions due to COVID-19 increased by 59% over the past two weeks, authorities said. New cases there have nearly doubled.

The recorded U.S. death toll from COVID-19 hit 600,000 on Tuesday, according to a tally by Johns Hopkins University. Worldwide, it stands at 3.8 million, though both numbers are thought to be a significant undercount.