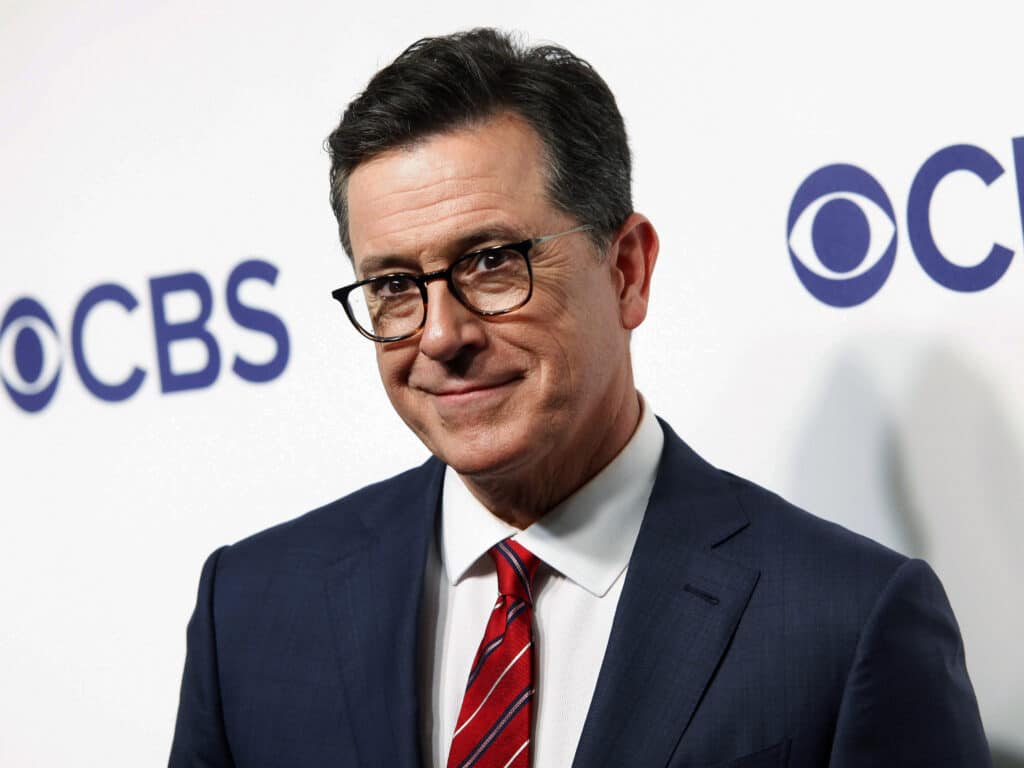 On June 14, Stephen Colbert’s late-night show will resume having live audiences. Face masks are optional and guests will need to show proof of vaccination. The Associated Press has the story:

NEW YORK (AP) — In one more step toward a reopened entertainment world, CBS said Monday that Stephen Colbert’s late-night show will return on June 14 to episodes with a full studio audience.

Audience members will have to provide proof that they have been vaccinated against COVID-19 before attending shows at New York’s Ed Sullivan Theater. Face masks will be optional.

Since the COVID shutdown in March 2020, Colbert has produced 205 episodes without a live audience, taping his first monologue from the bathtub of his South Carolina home. In August, he moved to a small studio at the Sullivan Theater offices, usually only with the show’s executive producer, stage manager and occasionally Colbert’s wife watching.

Watching NBA playoff games and “Saturday Night Live” before audiences this past weekend was a reminder that those in attendance aren’t just watching, they are participants in events that make a big difference for performers, said Bill Carter, executive producer of CNN’s current documentary series, “The Story of Late Night.”

Telling jokes into a void has been especially hard for late-night performers, who depend upon the rhythm of the audience’s response to their material, he said.

“Colbert bringing back a real live audience is a moment to be celebrated — not just for him and the other hosts who can now resume regular programming, but to the audience at home who can share a bit in the enthusiasm of those on the scene,” Carter said.

The return of entertainment audiences “is something the country needs deeply,” he said. “It’s a release that has been pent up in the nation’s long-abused psyche for song long. Of course it’s going to feel liberating.”

Despite Colbert’s announcement on Monday, he may not be the first late-night host back before a full house.

Jimmy Fallon has taped NBC’s “Tonight” show before a partial studio audience of about 40 percent capacity at Rockefeller Center since March 22. NBC said Monday that Fallon plans to have a full audience, fully vaccinated, in early June.

ABC’s Jimmy Kimmel has been doing shows back in his regular studio, and at least some people are watching him, but it isn’t clear how many and who they are.

Comedy Central’s Trevor Noah has been recording socially distant versions of “The Daily Show” from his home without an audience. Currently on hiatus, the show plans to keep operating from Noah’s home when it returns on June 7, a spokeswoman said.

Fox News Channel’s Greg Gutfeld started a late-night comedy show during the epidemic, with a small audience of about 15 people.

Colbert is the top-rated late-night performer, and his announcement Monday sends a clear message.

“I look forward to once again doing show for an audience I can smell and touch,” Colbert said.

Previous Article
Mike Tyson documentary, Friends reunion this week
Next Article
Death of 2-State Solution at the Hands of a 3-State Situation