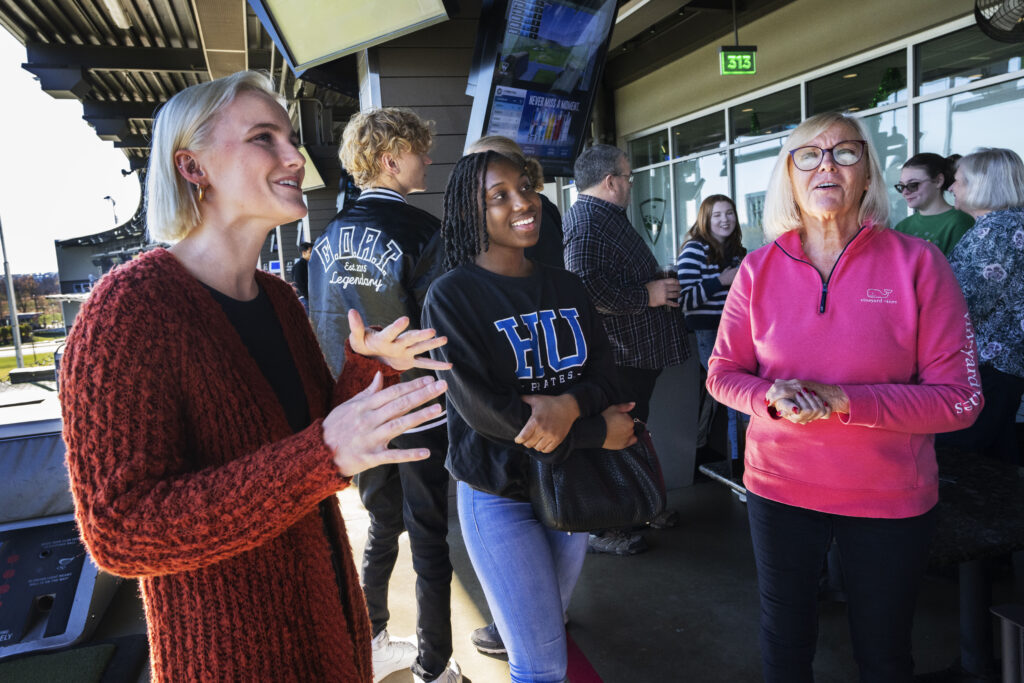 The CIA Officers Memorial Foundation provides college tuition and other expenses to children and spouses of fallen officers. Unsurprisingly, much of the charitable work to support those families goes on in private. The Associated Press has the story:

Calista Anderson was at a sleepover when the email from a friend arrived. She was 12 years old and had just experienced the worst moment of her life: Her mother had been killed while working overseas. The email offered a further jolt.

It linked to a news article revealing that, contrary to what she had been told, her mother hadn’t worked for the State Department. She was a CIA officer.

“I called my dad and I was like, ‘Come get me from the sleepover. We need to talk,’” she said.

Losing a parent is painful for any child. But for children of CIA officers killed in the line of duty, the pain can be compounded by stunning revelations about who their parents were and how they had died. Sometimes the children don’t find out what happened.

Now 24, Anderson works at a foundation supporting families like hers. The CIA Officers Memorial Foundation provides college tuition and other expenses to children and spouses of fallen officers. Unsurprisingly, much of the charitable work to support those families goes on in private.

The leaders want to change that by holding gatherings for the children of fallen officers and gradually telling more of their stories publicly.

“The people we support need to stay in the shadows, but the foundation doesn’t need to be,” said John Edwards, a retired CIA senior executive who became the foundation’s president last year.

There are nearly 70 children of officers who receive college tuition and other expenses from the foundation. And the foundation’s work won’t end anytime soon, with 80 more children expected to receive scholarships.

Two decades after Sept. 11, intelligence agencies are shifting resources toward Russia and China, and focusing on advanced technologies. But while U.S. forces are no longer involved in Afghanistan, officers from the CIA and other intelligence agencies continue to work in combat zones and so-called “denied areas” where Americans aren’t welcome.

“I’d love for us to be out of business,” Edwards said. “The nature of the work says that probably won’t be the case.”

It’s not known how many intelligence officers died in Iraq or Afghanistan. There are 139 stars on the CIA’s memorial wall honoring officers who died over the agency’s 75-year history. Fifty-two of the stars have been added since Sept. 11. Not all of those officers have been named publicly.

Intelligence agencies and the military provide death benefits to the families of personnel killed on duty, but those payments don’t typically cover every cost, particularly the cost of college.

One regular event is the concert known as “Spookstock,” which jointly benefits the CIA foundation and Special Operations Warrior Foundation. It’s typically staged in an undisclosed location outside of Washington and draws the families of fallen officers, senior intelligence officers and families, and corporate sponsors and supporters.

Edwards said he wanted to maintain the foundation’s core mission of funding scholarships and expand its offerings for families. The foundation has started a daycare program and added career services to connect scholarship recipients with corporate executives.

But he also wanted to have a more public role and to promote relationships among a group that people connected to the foundation often call “the kids” — the children of slain officers who have received scholarships, some now in their 30s.

“You get these kids together who had similar life circumstances and traumatic situations that they’ve been through, it’s an instant bond,” Edwards said. “The more that we can engage these students, the better.”

Anderson has “instant credibility,” he said, as someone well-known both among recipients and current and former intelligence officials.

As a child, Anderson lived in England for four years with her father, two younger brothers and her mother, Jennifer Matthews. Unbeknownst to her children, Matthews had a senior position in the CIA’s London station. Shortly after they moved back to Virginia, Matthews went to Afghanistan for what her children thought was a diplomatic assignment.

Matthews was instead chief of base in Khost, part of the CIA’s counterterrorism operations in Afghanistan.

The CIA was working to assess the reliability of a Jordanian doctor believed to have information on the whereabouts of al-Qaida’s then-No. 2 official, Ayman al-Zawahri. The Jordanian, Humam al-Balawi, was brought to the Khost base in December 2009 for what officials hoped would be a critical meeting, according to results of agency reviews released the following year by then-Director Leon Panetta.

Instead, shortly after he entered the compound, al-Balawi set off a deadly explosion. He killed five CIA employees, two agency security contractors, a Jordanian intelligence officer and the Afghan driver who had brought him to Khost.

The attack threw an international spotlight almost immediately onto Anderson, her father and her two brothers as they grieved and tried to understand what happened.

As she grew older, Anderson stopped reading about her mother on the internet and avoided portrayals of her in pop culture. She has not watched “Zero Dark Thirty,” the film about the hunt for Osama bin Laden that fictionalizes part of her mother’s time at Khost and her earlier work in a CIA cell hunting for bin Laden before and after Sept. 11.

Whether the CIA could have prevented the Khost bombing remains a point of contention within the intelligence community and Matthews’ family. Some former officers have blamed Matthews.

Internal agency reviews concluded that critical warnings were not shared widely enough and that it was unclear who was in charge of the operation. The CIA did not fire or discipline any personnel, Panetta said in 2010, but tightened security procedures and established new groups to better train officers in combat zones and spot double agents.

After a CIA team in late July killed al-Zawahri in a drone strike, several of Matthews’ former colleagues said they thought of her.

“She was passionately committed to bringing down (al-Qaida), and if she were here today, no one would be more proud of that achievement than her,” said former CIA Director Gina Haspel, a close colleague of Matthews, in a recent speech at a foundation event.

Anderson graduated from the University of Richmond and then got a master’s in art history — a degree that she jokes left her with no choice but to take the foundation’s job offer as events coordinator.

She helped with the latest edition of “Spookstock” and recently organized a golf outing for current scholarship recipients during their Thanksgiving break.

At events like those and in conversations with other children of fallen officers, she often brings up her own memories of her mother and experiences after her mother’s death. The feelings of grief and shock sometimes come back.

“There are moments where it can be extremely emotionally difficult; it can be extremely tiring. I can feel very empty,” she said. “But in so many ways, I’m really grateful for those moments, because they really remind me about why we do what we do.”