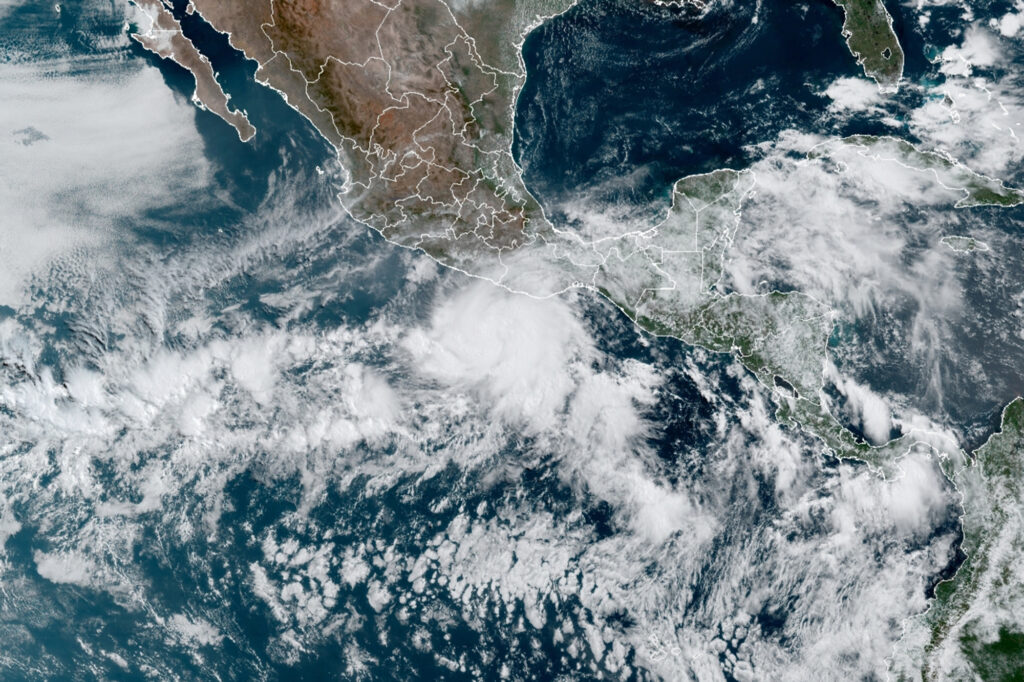 Hurricane Agatha, the season’s first, is aimed directly at one of Mexico’s main tourist areas, kicking off the ominous time of year when the huge storms rise and develop, as the region watches to track where they may make landfall. After forming on Sunday, Agatha quickly gained power, and it was predicted to make landfall as a strong Category 2 hurricane Monday afternoon or evening, the U.S. National Hurricane Center said. As reported by the AP:

It was moving toward the area near Puerto Escondido and Puerto Angel in the southern state of Oaxaca, Mexico, a tourist destination

After forming on Sunday, Agatha quickly gained power, and it was predicted to make Mexico landfall as a strong Category 2 hurricane Monday afternoon or evening, the U.S. National Hurricane Center said.

It was moving toward the area near Puerto Escondido and Puerto Angel in the southern state of Oaxaca — a region that includes the laid-back tourist resorts of Huatulco, Mazunte and Zipolite.

Early Monday, Agatha had maximum sustained winds of 110 mph (175 kph) — just 1 mph under the threshold for a Category 3, the hurricane center said. The storm’s center was about 65 miles (110 kilometers) southwest of Puerto Angel and heading to the northeast at 6 mph (9 kph).

Little change in strength was expected before the storm makes landfall, according to the hurricane center. A hurricane warning was in effect between the port of Salina Cruz and the Lagunas de Chacahua.

The civil defense office in Oaxaca published photos Sunday of fishermen hauling their boats up on beaches to protect them from the storm as the initial bands moved over land.

Municipal authorities in Huatulco ordered “the absolute closure” of all the resort’s beaches and its famous seven bays, many of which are reachable only by boat. They also closed local schools and began setting up emergency storm shelters.

To the west in Zipolite, long known for its clothing-optional beach and bohemian vibe, personnel at the small Casa Kalmar hotel gathered up outdoor furniture and put up wooden storm shutters to prevent strong winds from blowing out glass windows and doors.

With only one guest — and plenty of cancellations due to the hurricane — Ranfagni planned to ride out Agatha at the property, which is three or four blocks from the beach.

“I’m going to shut myself in here with my animals,” she said, referring to her dog and cats.

The government’s Mexican Turtle Center — a former slaughterhouse turned conservation center in Mazunte — announced it was closed to visitors until further notice because of the hurricane.

The U.S. National Hurricane Center said the storm was expected to drop 10 to 16 inches (250 to 400 millimeters) of rain on parts of Oaxaca, with isolated maximums of 20 inches (500 millimeters), posing the threat of flash floods and mudslides.