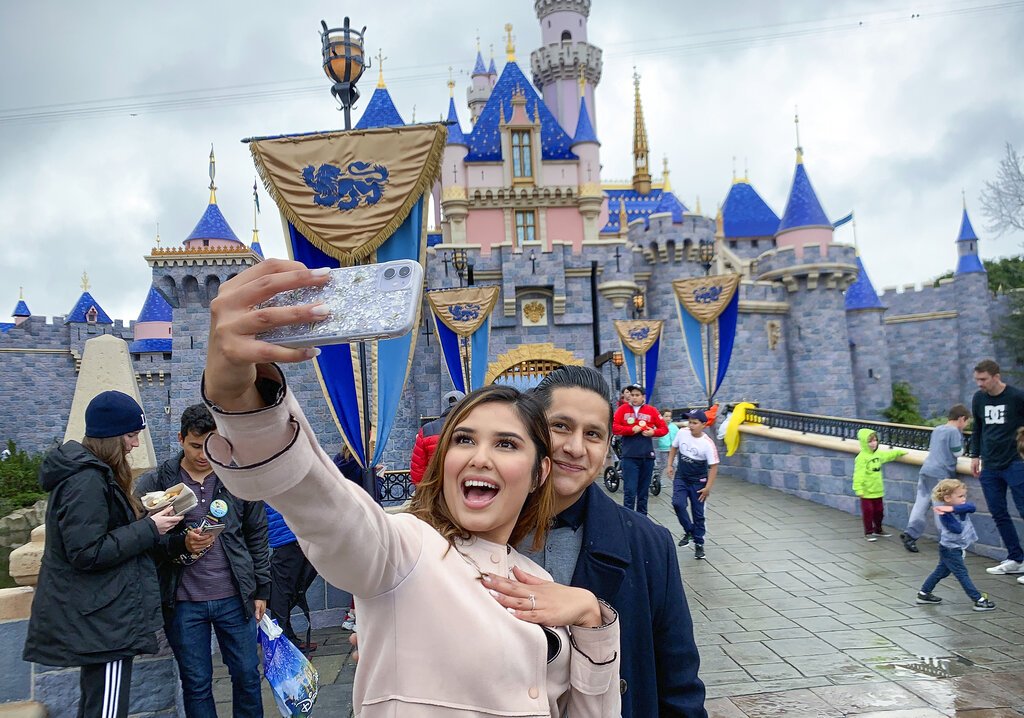 The U.S. is reopening around the country as Americans get vaccinated and COVID-19 recedes. A milestone: 100 million vaccinated. The Associated Press has the story:

Disneyland reopened Friday and New York’s mayor predicted the big city will be up and running again at full strength by July 1, as the number of Americans fully vaccinated against COVID-19 closed in on 100 million.

Visitors cheered and screamed with delight as the Southern California theme park swung open its gates for the first time in 13 months in a powerful symbol of the U.S. rebound, even though the self-proclaimed Happiest Place on Earth is allowing only in-state guests for now and operating at just 25% capacity.

The reopening and similar steps elsewhere around the country reflect increasing optimism as COVID-19 deaths tumble and the ranks of the vaccinated grow — a stark contrast to the worsening disaster in India and Brazil and the scant availability of vaccines in many poor parts of the world.

As of Friday morning, more than 99 million Americans, or over 38% of all adults, had been fully vaccinated, according to the Centers for Disease Control and Prevention. About 55% of adults had received at least one dose.

However, about 8% of those who have gotten one dose of either the Pfizer or Moderna vaccine have not returned for their second shot, officials said. Dr. Anthony Fauci, the nation’s top infectious disease expert, said it is important to complete the course to gain maximum protection against the coronavirus.

“Make sure you get that second dose,” he said at a White House briefing.

Adverse reactions to taking the vaccine

CDC officials also reported Friday that it was anxiety — not a problem with the shots — that caused reactions in dozens of people at vaccine clinics in five states in early April.

Many of the 64 people fainted or reported dizziness. Some became nauseated or vomited, and a few had racing hearts, chest pain or other symptoms. None got seriously ill.

“We are ready for stores to open, for businesses to open, offices, theaters, full strength,” he said on MSNBC.

However, New York Gov. Andrew Cuomo has maintained throughout the crisis that such decisions are his alone, and he said Thursday he would like to lift restrictions even sooner if possible.

“I don’t want to wait that long. I think if we do what we have to do, we can be reopened earlier,” he said.