Military coup leader back in power in Mali 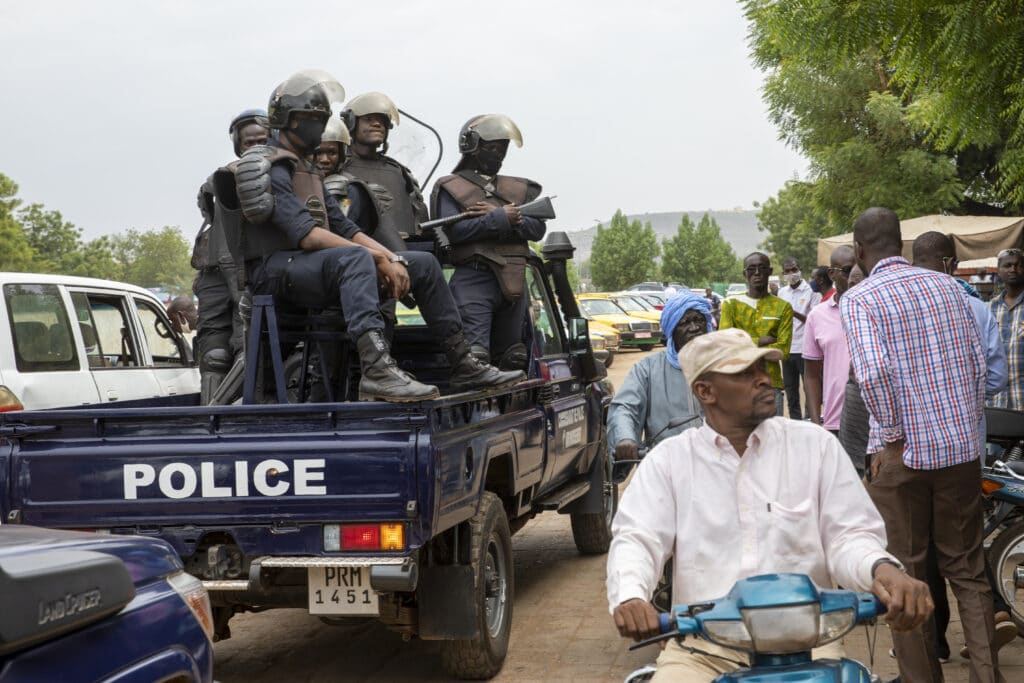 Col. Assimi Goita further solidified his power over Mali by arresting the president and prime minister of the transitional government. This further destabilizes the regime, and it’s skeptical whether the military coup leader will allow free elections to occur next year. The Associated Press has the story:

BAMAKO, Mali (AP) — The man who ousted Mali’s president from power last year regained control of the West African country Tuesday by deposing the president and prime minister of the transitional government, a move France decried as another coup d’etat.

While Col. Assimi Goita pledged to go ahead with holding new elections in 2022 as previously promised, his display of force casts doubt on whether the vote will go ahead without significant interference by the junta that overthrew the last democratically elected president last August.

The move also raised concerns that the new political unrest could further destabilize efforts to control Mali’s long-running Islamic insurgency. The United Nations now spends some $1.2 billion annually on a peacekeeping mission in Mali and France’s military has spent eight years trying to stabilize its former colony amid the ongoing threat.

French President Emmanuel Macron described the government takeover as a “coup d’etat” and warned of repercussions.

“We are prepared to take targeted sanctions on the protagonists,” he said in a tweet.

The EU also warned that it was “ready to consider targeted measures against political and military leaders who obstruct the Malian transition.”

The military’s announcement on the state broadcaster Tuesday came a day after President Bah N’Daw and Prime Minister Moctar Ouane were arrested by soldiers and brought to the military headquarters in Kati, about 15 kilometers (9 miles) outside the capital. Both men remained in detention Tuesday and there was no immediate word about their conditions.

Their arrests prompted an outcry by the international community, which put out a strongly worded statement warning Mali’s military leaders that their actions could undermine global support for the country. That joint statement made by the African Union, United Nations, the E.U., France and the U.S. among others called for the immediate release of the president and prime minister.

The West African regional bloc known as ECOWAS, which also endorsed the statement, said Tuesday afternoon that it was sending a delegation to Bamako as the political crisis escalated. The regional body previously threatened the junta with sanctions if it did not install a civilian president and prime minister, and shorten the transitional period to 18 months.

The U.N. peacekeeping mission known as MINUSMA is trying to gain access to the detainees as soon as possible and to ascertain their conditions “and obtain guarantees of their fundamental rights and freedoms, as enshrined in international human rights law,” the spokesman said.

“This action has serious consequences for Mali and the region as a whole,” Dujarric said, expressing the U.N.’s hope that the ECOWAS delegation will play an important role in putting the transition back on track.

The new government announced on Monday had left out two men who were prominent junta members: Interior Security Minister Modibo Kone and Defense Minister Sadio Camara. About an hour after the new Cabinet was named, the military rounded up the president and prime minister.

Goita, who led the junta calling itself the National Committee for the Salvation of the People, has served as Mali’s vice president in the transitional government formed last September. He has held that position despite initial calls from the international community for an entirely civilian-led transition.

In announcing the removal of the civilian president and prime minister of the transitional government, the military also said that it would be relieving others from their duties including “everyone implicated in the situation.”

Still, the military insisted: “The transition is following its normal course and elections will be held as anticipated in 2022.” Following international pressure last year the junta had promised to organize that vote by next February, 18 months after the coup d’etat shook the country.

The overthrow of democratically elected President Ibrahim Boubacar Keita came amid mounting military casualties in the fight against Islamic militants linked to al-Qaida and the Islamic State group.

The extremists first took control of major towns in northern Mali after the 2012 coup. Only a 2013 military intervention led by the former colonial power France pushed extremists out of those towns. France and a U.N. force have continued to battle the extremist rebels, who operate in rural areas and regularly attack roads and cities.

Previous Article
As Iraqis protest targeted killings, one dead
Next Article
Blinken reaches out to Palestinians on trip