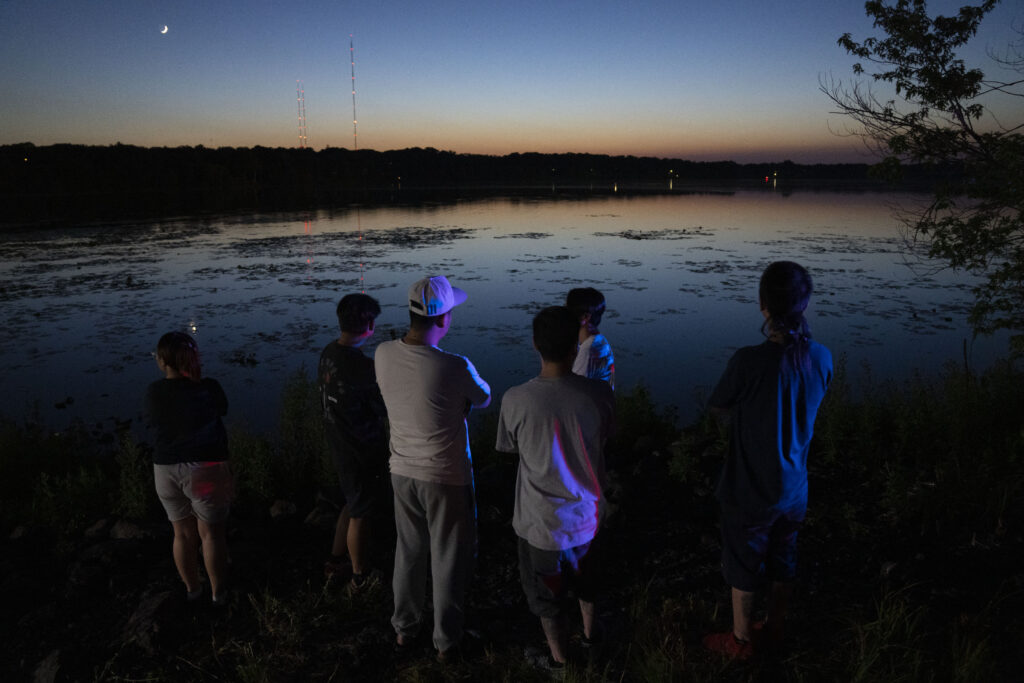 The bodies of two young children have been recovered from a Minnesota lake, and searchers are still looking for a third they fear may have been intentionally drowned.

Meanwhile, the father of the children died at a different location hours earlier, and their mother is missing. Names have not been released.

The chain of events began Friday morning when the father was found dead at a mobile home park in the town of Maplewood, near Minneapolis. Police determined that the woman had left with the children, and a search began.

Maplewood Police Lt. Joe Steiner said the woman’s car was found near Vadnais Lake around 4 p.m. Friday. The shoes of the children were found on the shore.

A search of the lake found one child’s body Friday evening. A second body was found overnight. Searchers from several organizations were busy Saturday looking for the third, as well as the mother.

Authorities believe all three children were under the age of 5.

“There’s nothing more tragic than the loss of young children,” Ramsey County Sheriff Bob Fletcher said at a news conference on Friday. He called the deaths a “likely triple homicide.”

Previous Article
Paris: Stuck Bags Tangles at Airports Amid Travel Boom
Next Article
France: Back to Masks, With Hospitalizations Up