Morocco moves to vaccinate inmates 45 years and over 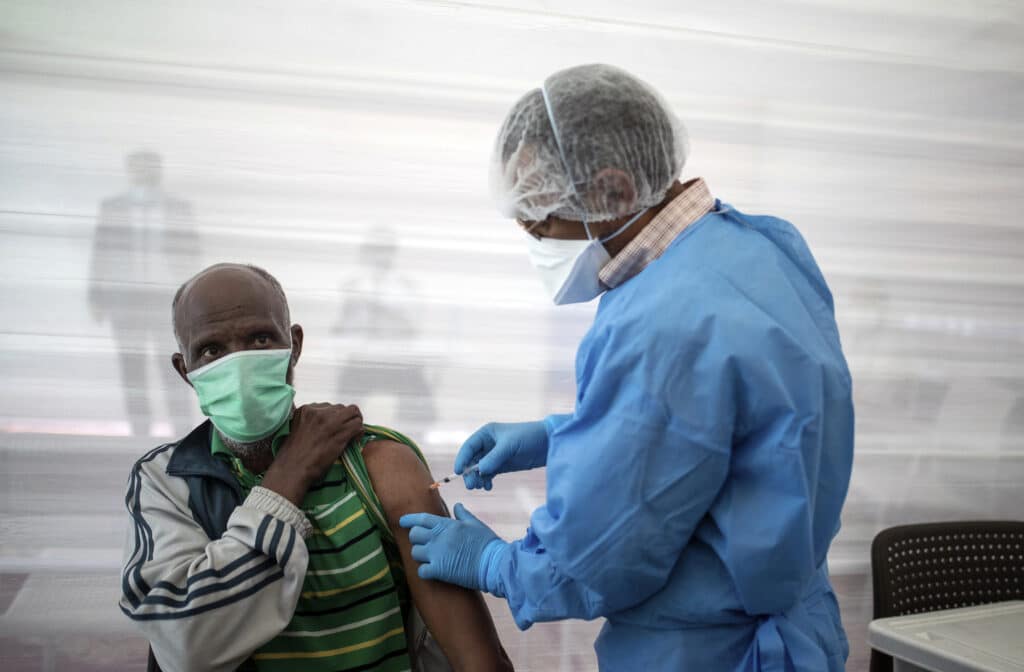 Morocco moves to vaccinate inmates 45 years and over

SALE, Morocco (AP) — About 300 inmates in a prison near the Moroccan capital have been vaccinated against COVID-19, among the latest prisoners to benefit from a vaccination campaign that authorities say reflects a commitment to protect a population considered especially vulnerable.

Inmates age 45 and older lined up Wednesday for AstraZeneca vaccine shots at Al Arjat 1 prison in Sale, where both men and women are incarcerated.

“From the start of the pandemic we weren’t afraid, but thanks to this vaccination we will be protected,” an inmate named Habiba said after her jab. Like other inmates, she identified herself only by her first name.

As of Thursday, about 4,400 of the approximately 11,500 inmates eligible had been vaccinated since a national campaign was launched at the beginning of the year, according to prison authorities. The entire prison administration staff also has been inoculated.

According to the General Delegation for Prison Administration, known as the DGAPR, 11 inmates have died from COVID-19 in Morocco and 626 others were infected. An outbreak n cases last year prompted authorities to start a prison prevention program, and vaccinating workers and inmates is a key part of it.

Morocco has about 85,000 inmates in 77 prisons, and their chronic overcrowding became a critical issue during the coronavirus pandemic since the virus spreads more easily in confined spaces with poor ventilation where maintaining physical distance is not possible.

“Our efforts to combat the spread of COVID-19 in the prisons started from the first case in April 2020,” said Taoufiq Abtal, the head of the health division of the North African nation’s prison administration. “Since that date, (we) took a series of preventive measures to fight the pandemic’s spread.”

King Mohammed VI ordered more than 5,600 imates released in April 2020 to keep the virus from rampaging through Morocco’s packed prisons. Restructuring prison visits, health monitoring of inmate populations most susceptible to severe COVID-19 and medical examinations were other steps taken to keep COVID-19 outside prison walls.

Morocco has been at the forefront of vaccination campaigns among African nations. The king kicked the rollout off in late January by getting his own shot in the arm.

“Personally, I was not expecting this,” Said, an inmate at Al Arjat 1, said while awaiting his turn Wednesday. “I thank everyone involved.”

More than 8 million Moroccans had received a first jab of a vaccine while nearly 5 million had been fully vaccinated as of Wednesday night. Besides the AstraZeneca vaccine, Morocco has received supplies of the Sinopharm vaccine made in China and also plans to use the Sputnik V vaccine from Russia.

Since the start of the pandemic, the country had reported nearly 517,810 confirmed cases and more than 9,130 deaths as of Wednesday.