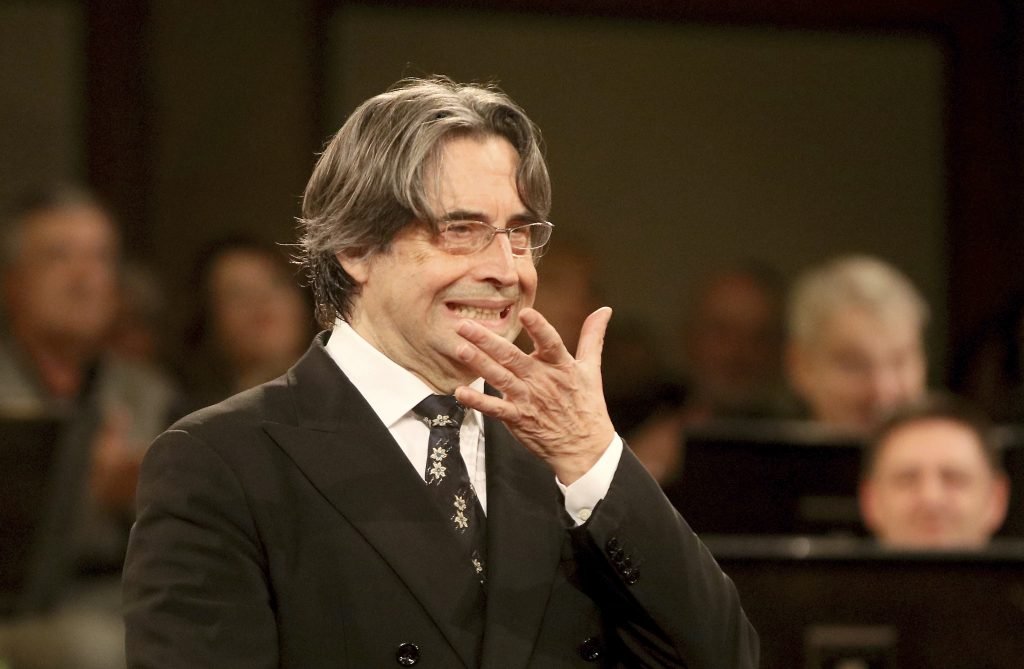 Musical conductor Riccardo Muti reminisces on how the pandemic affected performances of the orchestras he leads. Disappointedly, he observes, “It still seems that culture is not at the top of the priority list, but at nearly the bottom.” The Associated Press has the story:

RAVENNA, Italy (AP) — Maestro Riccardo Muti has once again reopened the Italian musical season in his adopted hometown of Ravenna after another — and if all goes well perhaps final — round of pandemic closures.

With a purposeful nod and flick of his baton, the 79-year-old conductor on Sunday ended what has been an unexpectedly long silence in Italian theaters, enrapturing a socially distanced and masked audience with the Vienna Philharmonic Orchestra’s first live performances since the fall — back-to-back evening concerts of Mendelssohn, Schumann and Brahms.

The concerts launched a three-stop Italian tour by the Vienna Philharmonic to celebrate 50 years of ties with the conductor and served as a precursor to the summertime Ravenna Festival, this year celebrating the 700th anniversary of Dante’s death.

“The emotion is above all one of rebirth, which is a positive word, but it means that something died before. So, within the positivity, there is the regret over something lost. And we, for a year, lost the possibility of life, in the complete sense of the word,” Muti told The Associated Press before the concert.

“This fact, that in nearly the whole world, theaters have remained empty, orchestras were reduced to silence, is something that has never been seen before.”

After World War II, Muti said, U.S. soldiers made it a priority to reopen the San Carlo Theater in his native Naples, and in Milan city fathers rebuilt La Scala, destroyed bombs, reopening it on May 11, 1946 with a concert conducted by Arturo Toscanini.

La Scala reopened to the public on Monday after a six-month COVID-19 closure, with Riccardo Chailly conducting Verdi and Wagner for the 75th anniversary of the reconstruction. The orchestra performed from risers built over the platea, while the chorus was spaced on stage.

Performing to an empty concert hall

During this year, Muti has been unable to return to the Chicago Symphony Orchestra, where he has been music director for a decade. His last European performance, the traditional Vienna New Year’s Day concert, was a triumph but was performed to an empty concert hall. In his closing remarks, he urged governments to fund culture, as a salve to mental health that suffered during the pandemic closures. “Music helps,” he said.

Nearly a year ago, Muti reopened the European musical season after Italy’s draconian spring 2020 lockdown with an outdoor concert of the Luigi Cherubini Youth Orchestra he founded. Then, the hope was that the summer music festivals would flow smoothly into the fall concert calendar, and cultural life would resume. The fall virus spike and variants doomed that trajectory. Musicians around the world have been deprived of playing for an audience, not to mention income, and audiences the comfort of a live performance.

Muti called the experience of the past year “an unnatural global experiment” that had “stunned” the world.

“If we truly took into account how we are living, we would all go crazy. We try to maintain the illusion that we are living a normal life. It is the only way to reach the end of this absurd path,’’ he said.

Muti is plunging back into concert life. He is conducting his much-curtailed 50th anniversary tour with the Vienna Philharmonic in Florence on Monday and at Milan’s La Scala on Tuesday, before returning to Ravenna to prepare for festival appearances of his Luigi Cherubini Youth Orchestra and for the debut of a piece of music written for the Dante anniversary based on the Divine Comedy’s Purgatory canticle.

The world premiere of “Purgatory” by Armenian composer Tigran Mansurian will be held in the Armenian capital, Yerevan, on July 4, part of Muti’s series of Paths of Friendship concerts in their 25th year in cities recovering from war, hatred and conflicts. It will be repeated in Ravenna for the 700th anniversary celebrations of Dante’s death in September. It is one of three, along with Inferno and Paradise, commissioned for this year’s festival.

Muti plans to be back in Chicago by the fall.

The Ravenna Festival, founded 30 years ago by Muti’s wife, Cristina Mazzavillani, reopens June 2 with an ambitious program of 120 musical, dance and theatrical performances and runs through July 31, despite uncertainty in the pace of reopening and the return of tourism. Optimistically, the program calls for 9:30 p.m. curtain times, even though a 10 p.m. curfew remains in place nationwide.

“It is a return of hope,” said general manager Antonio De Rosa. “We want to restore dignity to audiences with the possibility of listening live.”

Playing without masks but spread at least a meter apart

With a regime of daily virus testing, the Vienna Philharmonic played without masks, spaced at least a meter a part. The audience was spread out across the four tiers of balconies, and every other row was removed from the floor seats, with government rules limiting seating in the 800-seat theater to 250 people.

In between the shows, orchestra members in their gray pinstriped stage garb wandered over to see Dante’s tomb across the street, or to sit at an outdoor café next to the Alighieri Theater, named for the famed poet who died in Ravenna on Sept. 13, 1321.

Muti has appealed to Italy’s culture minister to fund more orchestras, encouraged by the commitment he saw working in cities like Turin and Palermo this pandemic year bound largely to Italy, after decades spent mostly conducting abroad if not with his youth orchestra. “Their response was excellent, and this gives me hope,” he said.

The city of Tokyo, where Muti just spent a few weeks with his Italian opera academy, has 17 orchestras, he noted. Italy, the birthplace of lyric opera, has fewer than 30.

A cultural life, he said, is essential for healing from the pandemic year, especially for young people whose social contacts have been dramatically limited at a critical age.

“What future will they have? Will they overcome this trauma? They can overcome this shock only with trust in life, which comes through socializing, living together and sharing above all culture,” Muti said. “I have said it before, and I will say it again. It still seems that culture is not at the top of the priority list, but at nearly the bottom.”