Naftali Bennett will not run for reelection as Israeli Prime Minister 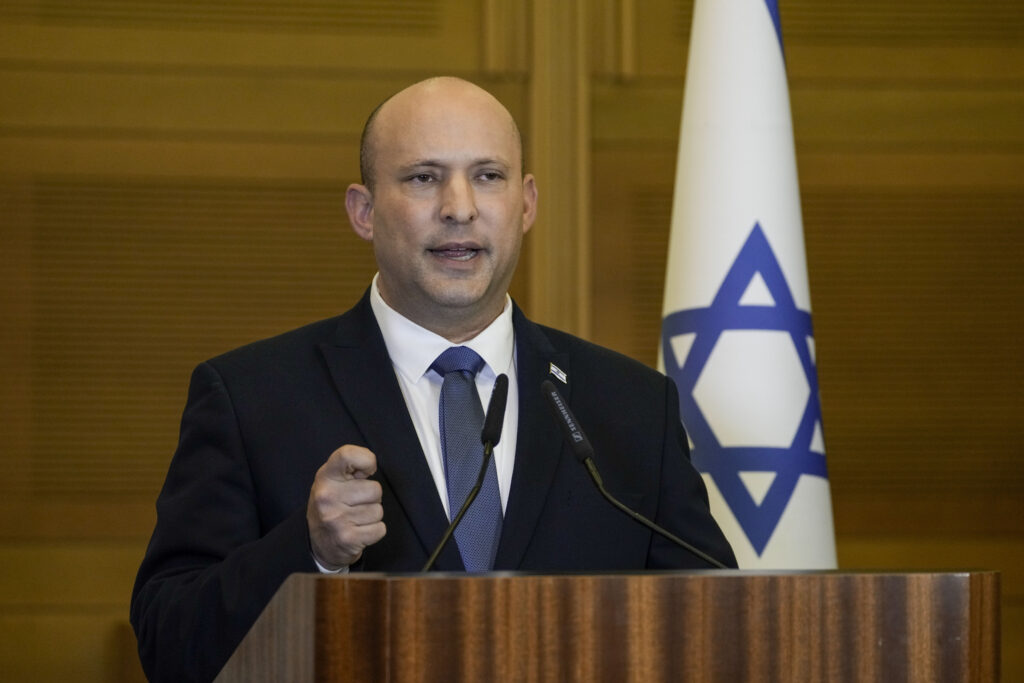 Surprising many, Israeli Prime Minister Naftali Bennett has decided he will not run for reelection. His brief term in office so far has been fraught with division, and the government has already dissolved with Yair Lapid serving as caretaker for now. The Associated Press has the story:

JERUSALEM (AP) — Israeli Prime Minister Naftali Bennett, who led a broad but fragile coalition government that came unraveled barely a year after taking office, announced Wednesday that he will not run in upcoming elections.

His government announced last week that it would dissolve the Knesset ahead of elections expected this fall, but the voting required for dissolution has been bogged down by disputes with the opposition.

“I strived as prime minister to care for all citizens, regardless of who they voted for,” he said in a brief prime-time address. “We proved this year that people with all different opinions can work together.”

Bennett’s office said he will continue to serve as alternate prime minister in a caretaker government to be led by Yair Lapid, the architect of the coalition who is currently foreign minister. Elections are expected in October or November.

Bennett embodies many of the contradictions that animate his small country. He’s a religious Jew who made millions in the mostly secular hi-tech sector; a champion of the settlement movement who lives in a Tel Aviv suburb, and a former ally of Benjamin Netanyahu who partnered with centrist and left-wing parties to end his 12-year rule.

He was once the leader of the main settler council for the occupied West Bank, and remained opposed to Palestinian statehood, even after becoming prime minister at the head of a coalition that included left-wing parties. His government took steps to improve economic conditions in the West Bank and Gaza but ruled out any return to the long-stalled peace process.

Bennett sought to unite the country after a prolonged period of political gridlock that brought four elections in less than two years, but in the end his own small party largely crumbled, as members rebelled against his coalition.

Netanyahu whipped up their right-wing base against Bennett, accusing him of betraying them by forging an alliance with left-wing parties and even an Arab faction. Bennett’s speeches in the Knesset were regularly met with shouting and heckling from Netanyahu allies. His family received death threats.

Many expected Bennett to step away from politics once the government fell.

In his address, he said Yamina would be led by Ayelet Shaked, a close ally who is the interior minister in the outgoing government.

It’s unclear whether the disarray in Yamina will help or hurt their natural allies on the right. If the party runs but fails to clear the electoral threshold, it could deprive Netanyahu and his allies of a potentially crucial partner. Or Shaked could emerge as a kingmaker, just as Bennett did.