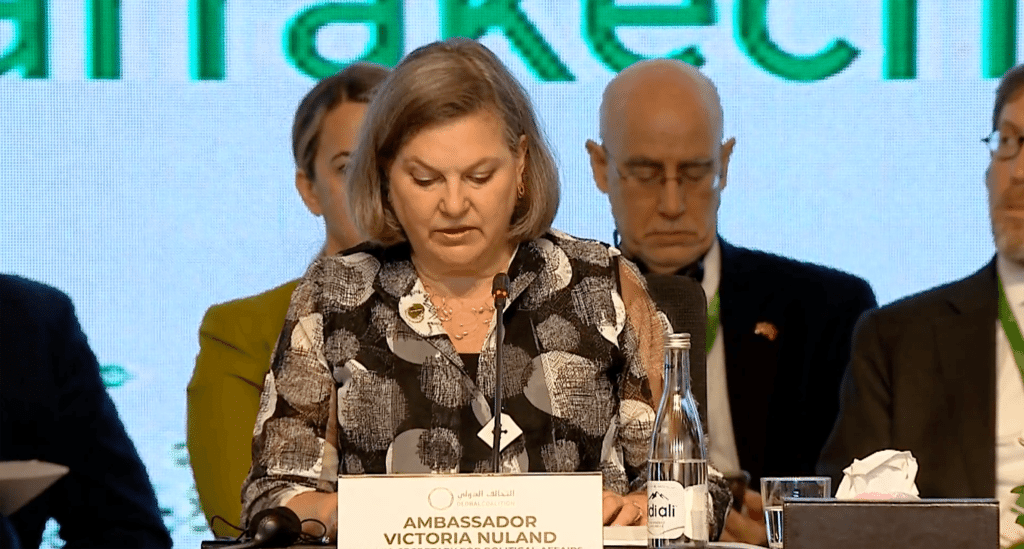 The problem of Western Sahara is considered one of the most complex problems in the international arena. From the Moroccan point of view, it is a crucial issue and a matter of territorial integrity, while the Algerian military elite sees it as a political and military card that enables it to obstruct the process of development in Morocco, a means to control the region and monopolize the African leadership and serve the interests of its traditional ally Russia.

However, after the American recognition of Morocco’s sovereignty over the Sahara, international positions continued to support the legitimacy of the autonomy plan in Western Sahara, so what was called in 2007 the autonomy proposal turned into an international political reality, ensuring, to a large extent, security and stability in the North African region and the Sahel.

After the explicit Spanish recognition of Morocco’s sovereignty over the Sahara, the Egyptian position came to confirm once again that the peaceful solution proposed by Morocco is the most realistic solution to this long-term problem.

In the same vein, the Turkish position in support of the Moroccan territorial integrity constituted an important turning point and a pivotal point in the history of the region.

Then the position of Netherlands came to reinforce the view that support for the autonomy solution in Western Sahara is not limited to the countries of the African continent but goes beyond it to include old Western democracies that are convinced that the security and stability of the North African region and the Sahel is the greatest guarantee for European security. And stopping the phenomenon of terrorism and cross-border crime will not come unless it supports the territorial integrity of all countries in the region, without exception, and shares security responsibilities with them, in a logic governed by reciprocity and common interests.

There is no doubt that the observer of Moroccan diplomatic moves will be impressed by the calm and wisdom that characterizes its work, which has become characteristic of this historical ally of the United States. No matter how much you agree or disagree with Morocco’s policy, you will always find in it that trusted partner who is looking for solutions that serve his interests and the interests of those who disagree with him.

The ministerial conference of the international coalition against ISIS constituted an occasion for Moroccan diplomacy to draw up a clear road map not only to fight ISIS, but to support the concept of the legitimate state, and cut off the road for all the fake separatist entities that do not find it embarrassing to cooperate with various terrorist organizations and countries that support terrorism.

So, it becomes clear the danger of the Algerian rulers’ policy in the region and their support for the separatist Polisario organization.

But why this cruelty to the Algerian regime?

If I adopt the traditional American viewpoint, and our inclinations as Americans since we have been to revolution and liberation, I will have no problem accepting the Algerian support for the Polisario organization. If I had the firm conviction that this support is deserved and is indeed for purely ethical and humanitarian reasons.

We also separated from the British Crown and chose independence, freedom, and unity and we are ready to make the most valuable sacrifices to preserve the territorial integrity of the United States of America.

But after a long research and investigation of the origins and history of this problem, I realized that it is indeed a fake problem (one of the ideas of the Libyan leader Muammar Gaddafi, which Algeria implemented).

The project of a micro-state in North Africa does not serve our national security, just as it is not in our interest to encourage a fictitious state that serves only the Algerian expansionist ambitions.

The unannounced visit of Russian Foreign Minister Sergei Lavrov to Algeria two days ago (In these circumstances) and his reception by the Algerian president, is a clear message from Algeria to the United States that we cannot rely on it as an ally, even if we overcome the logic of commercial interest (gas), trade remains trade and does not rise to the level of alliance.

While the American and Moroccan armed forces are preparing to start the 2022 African Lion exircises in the Kingdom of Morocco, Russia preempted us last November with joint naval maneuvers with Algeria, a few kilometers from away from the waters of our Moroccan ally.

Do we need more evidence that the Algerian support for the Polisario organization is originally a dedication to a Russian policy that is looking for an outlet towards the Atlantic Ocean to strike our national security and stifle our European allies, and it includes, among other things, some Algerian interests?

It is a foregone conclusion and an inescapable truth.

– The Algerian support for the Polisario does not serve the interests of the Algerian citizen.

– It does not serve the Algerian economy.

Rather, it only serves the common interests of the Algerian military establishment with the Russians.

It has become imperative for the Biden administration to pay attention to what Russia’s plans with Algeria, just as it did with Syria in the past. It has also become necessary to read Algeria’s political moves correctly.

Since we know that Russia is using the oil and gas weapon to pressure our allies in Europe, how can we explain the preemptive step taken by the Algerian regime by stopping the export of gas to Spain via Morocco only two months before the Russian invasion of Ukraine?

Did the Algerian decision come in compliance with the Russian plans? Which is the most logical answer.

Even if we assume that it was just a coincidence, I think we should be wary of Algerian behavior that is marked by recklessness and emotion?

Finally, it is more useful for us, as the largest global economic and military power, to show more support to our real allies in Morocco, the Gulf, Egypt, Jordan, and Israel, and ensure their security and territorial integrity, because we thus support our interests and protect our national security.

The war on ISIS is not only a military tactic or a financial blockade, but it is also in preventing the causes that lead to the emergence of weak regimes and fragile separatist entities, that will certainly turn into a valuable catch for all terrorist organizations and not just ISIS.

The killing of the former Polisario member and leader of ISIS in the Sahara Abu Walid al-Sahrawi by French forces in September 2021 is the clearest evidence of this alliance, without recalling the presence of thousands of Sahrawi youths held in the camps of Tindouf (Southwest of Algeria).

This is what many experts consider a terrorist time bomb in the African Sahara and Sahel region.

– Does this support hide any other goals behind it?

– Will the Algerian regime use these groups if the interest compels it?

It is true that many heads of delegations to the conference of the international coalition to combat ISIS expressed their full support for Morocco’s territorial integrity, but it would be foolish to assume that this support came to favor or compliment Morocco. Rather, it is only because the international community has begun to comprehend the holistic view of the war on terrorism, which is based primarily on security vigilance, combating transnational crime, and drying up sources of funding. However, it is necessary to rely on supporting the concept of the legitimate state, encouraging policies of joint profit, and preventing the widening of the gap between the north and the south.

The war on terrorism begins with the establishment of a better economic, social, and political reality for all the peoples of the world, steps that Morocco launched early thanks to the decisions of its king, which I consider the best embodiment of the step-by-step policy.

– Supporting the separatists is an explicit support for terrorism.

Is Algeria a state sponsor of terrorism?