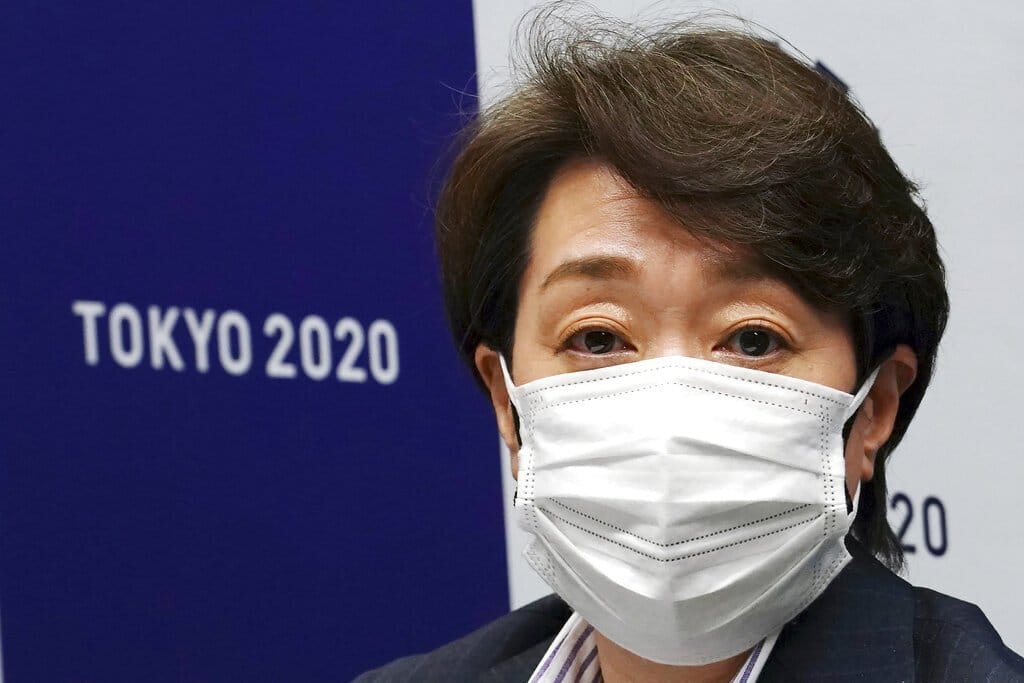 TOKYO (AP) — Tokyo organizers and the International Olympic Committee are poised to finally make it official that most fans from abroad will be prohibited from attending the postponed Olympics when they open in four months.

The announcement is expected to come after “five-party” talks on Saturday with the IOC, local organizers, the Japanese government, the Tokyo metropolitan government and the International Paralympic Committee.

“People are waiting eagerly for an early decision so they can move to the next step,” Seiko Hashimoto, the president of the organizing committee, said Friday in a news briefing. “We need to be able to make the decision soon.”

Despite some calls to delay it, Hashimoto has promised a decision before the torch relay opens on Thursday from the northeastern prefecture of Fukushima.

Hashimoto said all five parties will have to agree on the decision. But she said two have more influence than others: the IOC and the Japanese national government.

“All decisions will be made by the IOC in the end,” Hashimoto said. “When it comes to immigration, this is a matter for the national government at the border.”

Japanese media, citing unidentified sources, have said for several weeks that the decision on the ban had already been reached. Hashimoto declined to confirm it.

Toshiro Muto, the CEO of the Tokyo organizing committee, has said ticket holders from abroad would receive refunds. However, those decisions will be made on the ground by Authorized Ticket Resellers that are appointed by national Olympic committees and handle sales outside of the host nation.

The local organizing committee budget is sure to take a hit. Its budget projected income of $800 million from ticket sales, the third-largest source of revenue. Any shortfall will have to be made up by Japanese government entities.

John Coates, the IOC member who oversees preparations for Tokyo, said earlier this month there would probably be exemptions for some fans from abroad.

“We are looking at the other implications of accommodation, looking at implications for national Olympic committees who have sponsors who might have bought tickets. The same with international federations,” Coates said.

There is widespread skepticism in Japan about holding the Olympics, and particularly about admitting fans from abroad. Japan has attributed about 8,700 deaths to COVID-19 and has handled the virus better than most countries.

The torch relay will present a stern test with 10,000 runners crisscrossing Japan to reach the opening ceremony on July 23. Organizers are asking crowds to stay away, discouraging cheering, and are reserving the right to stop or reroute the relay.

The Olympics and Paralympics will involve 15,400 athletes from more than 200 nations, most operating inside a ‘bubble” linking venues, training facilities, and the Olympic Village on Tokyo Bay.

Many may arrive with vaccinations, but the IOC is not requiring this as condition of competing.

Ten of thousands of others will also arrive and be operating outside the bubble: officials, judges, sponsors, media, VIPs and broadcasters.