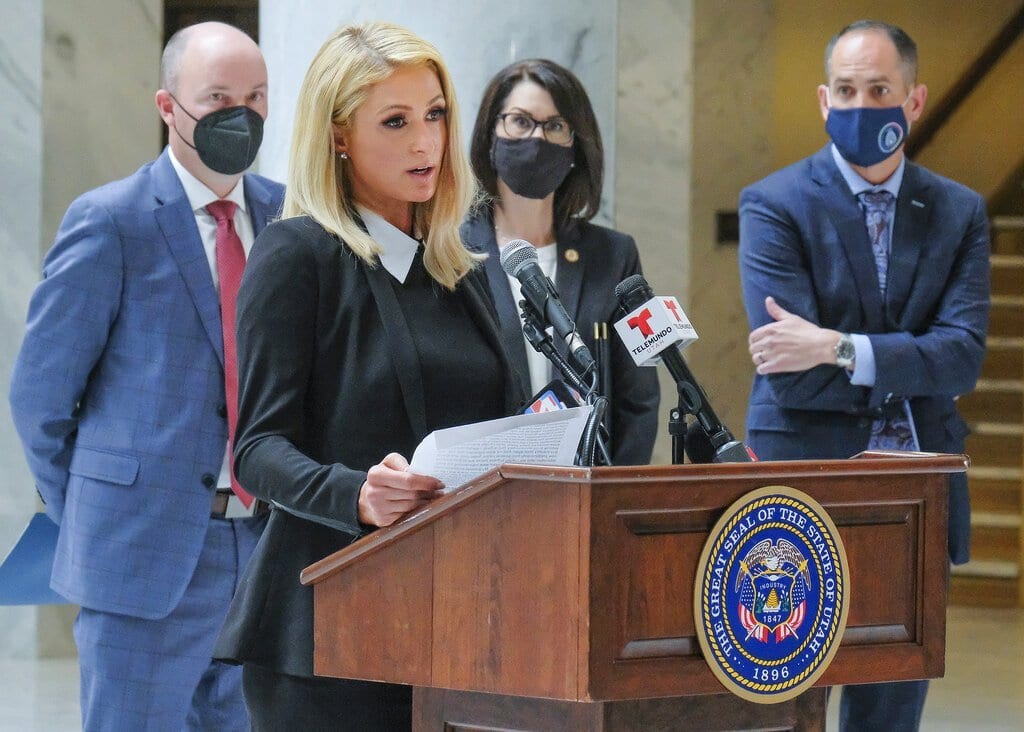 Paris Hilton, who has been very open about her past experience being abused mentally and physically at a Utah boarding school, has become an activist in this area. She testified in favor of a Utah bill that regulates treatment centers for troubled teens, and on Tuesday showed up for the ceremonial bill signing. The Associated Press has the story:

The legislation for facilities that treat teens with behavioral and mental health issues gained final approval in the Legislature in early March, about a month after Hilton gave emotional testimony in support of the bill. Gov. Spencer Cox signed the bill last month but held a ceremonial signing with Hilton on Tuesday.

The new law will require more government oversight of youth residential treatment centers and documentation for when they use restraints. It will also prohibit treatment centers from using sedation or mechanical restraints without prior authorization.

Hilton testified she was abused mentally and physically at a Utah boarding school, where she said staff members would beat her, force her to take unknown pills, watch her shower and send her to solitary confinement without clothes as punishment.

The socialite and reality TV star also spoke about the abuse in a documentary titled “This is Paris” that was released this fall.

Since the documentary was released, other celebrities have spoken out about their experiences at the school or others like it, including Michael Jackson’s daughter Paris Jackson and tattoo artist Kat Von D.