Playing with fire in North Africa. Damage and consequences

Caitlin Miller Hollingsworth
3 posts
Caitlin Miller Hollingsworth is an attorney and defense consultant based in Washington, D.C. She focuses on issues pertaining to the Middle East, defense, national security, and international law. Caitlin previously worked for the International Institute for Strategic Studies in Bahrain and as a staff member in the United States Congress. 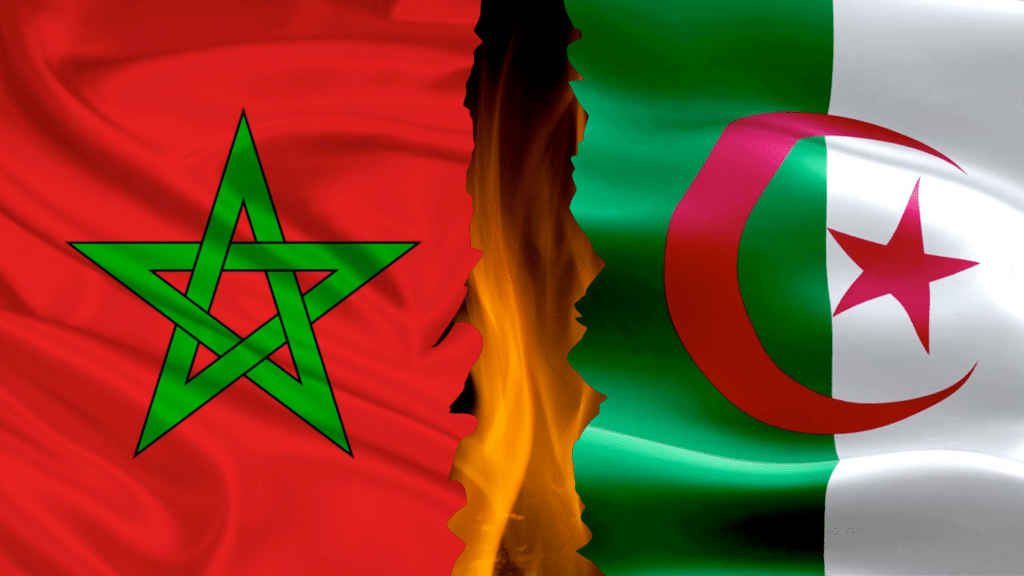 Playing with fire in North Africa. Damage and consequences

In the aftermath of Algeria’s August 24 break in diplomatic relations with Morocco, Algeria recently closed its airspace to Morocco, citing Moroccan “provocations and hostile practices” as justification. In recognition of the potential serious implications of this dispute, the Organization of Islamic Cooperation (OIC) and the Arab League called for dialogue to resolve diplomatic differences between the two nations.

Made up from the North African countries of Morocco, Algeria, Tunisia, and Libya, the Maghreb is vital strategic geography and a key part of Mediterranean trade routes. The stability of this region is critical to maintaining global maritime and economic security, especially to European countries along the Mediterranean.

The break between Morocco and Algeria comes at a time when the Maghreb is threatened by Iranian malign activity, Al Qaeda and the Islamic State, the terrorist insurgency raging in the Sahel, and the Libyan Civil War. A fractured Maghreb gives both state and non-state actors unhelpful leverage in the region.

Relations between Rabat and Algiers have been strained over the decades-long dispute of the Western Sahara region, which the United States officially recognized as Moroccan sovereign territory in 2020. Yet the United Nations still classifies the region as a non-self-governing territory, and no other nation has followed the U.S., so the issue is far from resolved. Normalization of relations between Morocco and  Israel in the same year further heightened tensions between the two North African neighbors. In fact, Algerian Foreign Minister Ramtane Lamamra alleged that the normalization of relations with Israel was tantamount to Morocco “introducing a foreign military force into the Maghreb.” Contentious relations between Algeria, Israel and Morocco are further complicated by the Iranian presence in Algeria.

During a visit to Rabat in 2021, Israeli Foreign Minister Yair Lapid expressed concerns about Algeria’s close relationship with Iran. Since restoring diplomatic relations in 2000 after a hostile period in the 1990s, Algiers has remained an important partner in Africa of Tehran through bilateral trade cooperation and mutual investments, paving the way for deeper relations. Iranian rapprochement with Algeria challenges U.S. interests in North Africa and poses a threat to its neighbors. In 2018, Morocco revealed the Iranian Embassy in Algeria was a cover for the IRGC and its proxy, Hezbollah, to provide operational support – including weapons and training – to the Polisario Front. Since 1975, Algeria has provided financial support and arms to the Polisario. To Tehran, the Polisario is Iran’s gateway into the Maghreb and the Sahel.

Due to Iranian malign activity, Rabat severed ties with Tehran in 2018. As Morocco enhances relations with Israel, Iranian malign activity in Algeria and the Western Sahara remains. As the security situation deteriorates, the Maghreb could be the next frontier for an Iran-Israel proxy battle. While Algeria and Morocco’s dispute is diplomatic in nature, the risks of a miscalculation remain heightened, with potential to manifest into an unnecessary military confrontation.

Iranian interference is not the only destabilizing presence in the Maghreb. In November 2014, the Islamic State claimed a province in Algeria, one of the first official ISIS branches outside of Iraq and Syria. While ISIS and al-Qaeda elements in Algeria remain small, there have been several attacks resulting in causalities since 2017. Operating in the Sahel, Adnan Abu Walid al-Sahrawi founded the Islamic State in the Greater Sahara (ISGS) in May 2015. Indicative of the nexus between the Sahel and the Maghreb, Al-Sahrawi’s roots began in the Western Sahara as a former member of the Polisario, but he joined al-Qaeda in the Islamic Maghreb prior to becoming the leader of ISGS. Confirming a rumor that had been circulating for weeks, France announced the death of al-Sahrawi in mid-September. Despite al-Sahrawi’s death, there remains a multitude of militants to replace him, so the terror threat remains.

Some speculate that the French announcement of al-Sahrawi’s death was to provide support for France’s decision to drawdown forces in Operation Barkane, the French-led counter insurgency mission in the Sahel. Both the U.S. and France – as well as regional neighbors – have an interest in denying AQ and ISIS militants a foothold in the strategic Maghreb, which is threatened by porous borders and the violent terrorist insurgency raging in the Sahel with causalities from terrorist attacks in Burkina Faso, Mali and Niger increasing five-fold from 2016 to more than 4,000 in 2019. Despite this, France plans a complete withdrawal of its 5,100 forces in the Sahel by the first quarter of 2022. Security and political developments of the Sahel and Maghreb are uniquely intertwined. After the fall of Muammar Qaddafi, arms and foreign fighters have flowed freely between the Sahel and Libya.

Escalating tensions between Morocco and Algeria coupled with the withdrawal of French forces creating a security vacuum in the neighboring Sahel have the potential to destabilize the delicate balance in the Maghreb. In November 2020, the Polisario ended a three-decade ceasefire with Morocco in Western Sahara. Since the end of the ceasefire, the Polisario has resumed attacks on Moroccan military posts – an influx in arms, change in military tactics, or a miscalculation could further intensify the rift between Morocco and Algeria, which places Iran and Israel at odds in the Maghreb. In a positive development, the UN appointed Stefan De Mistura as the new Personal Envoy of the Secretary General for Western Sahara last week after a two-and-a-half-year vacancy. With De Mistura leading the initiative, interlocuters from the international community, including the U.S. and France, should participate in political talks with regional stakeholders to encourage de-escalation and renewal of the ceasefire. More by the Author

Previous Article
‘Halloween Kills’ debuts this week in theaters, streaming
Next Article
What Should the West Do About the Wagner Group in Mali