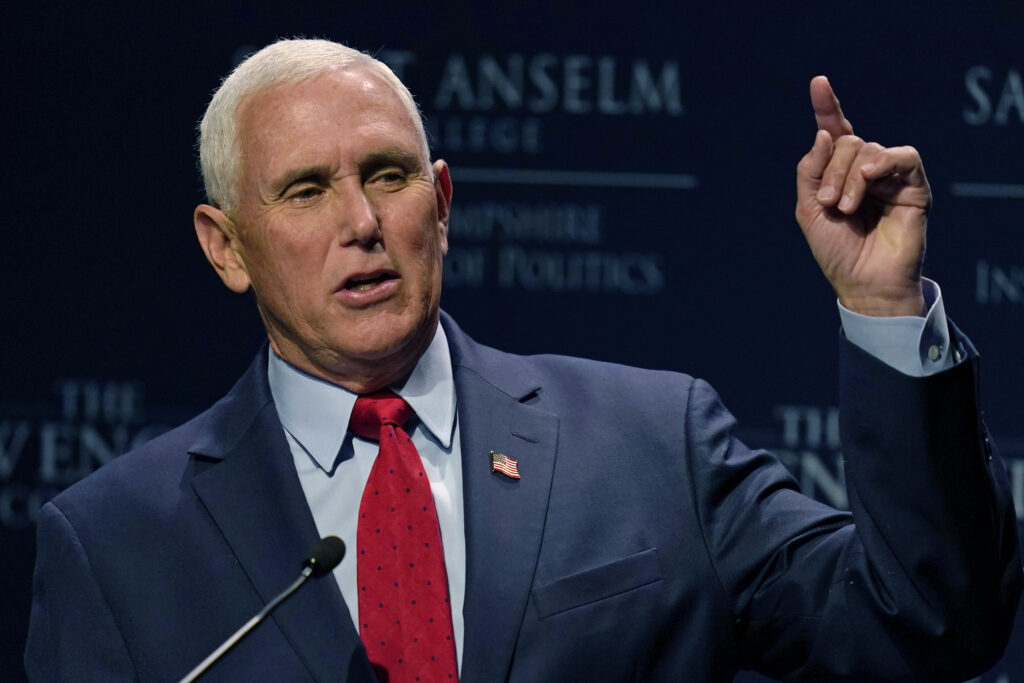 The grand jury investigating Jan. 6 riot is seeking former vice president Mike Pence’s testimony in the criminal investigation into efforts by former President Donald Trump and allies to hurdle the transfer of power after the 2020 election. Pence’s team has indicated that the former vice president is open to discussing a possible agreement with the Justice Department to provide some testimony. Politico has the story that was first reported by New York Times:

The former VP has resisted testifying before House investigators. Will he be more compliant with the DOJ?

Prosecutors investigating efforts by Donald Trump and his allies to disrupt the transfer of power to Joe Biden after the 2020 election are seeking testimony from former Vice President Mike Pence, according to a person familiar with the matter.

It’s unclear if Pence intends to willingly cooperate or if Trump will attempt to assert executive privilege over any potential testimony. However, Pence has recently spoken publicly and at length about his interactions with Trump during the chaotic weeks ahead of the certification of the election on Jan. 6, 2021, describing his resistance to the withering pressure campaign applied by his boss. He included passages about his exchanges with Trump in a newly published book as well, which could complicate privilege claims over various aspects of their conversations.

The news of DOJ’s outreach to Pence was first reported by The New York Times. Spokespeople for Pence and the Justice Department declined to comment. It’s unclear whether the recent appointment of Special Counsel Jack Smith to oversee the probe will affect discussions about potential testimony.

Pence was the target of a last-ditch pressure campaign by Trump leading up to Jan. 6, when Pence was required to preside over the last step in the election process: Congress’ counting of electoral votes.

Two of Pence’s top aides — chief of staff Marc Short and chief counsel Greg Jacob — have testified to the grand jury investigating the matter and were the subject of a secret court ruling that rejected Trump’s claims of privilege. Short and Jacob were also two of the most crucial witnesses for the House’s Jan. 6 select committee, before which Pence has refused to appear.

In testimony revealed by the committee, Jacob described helping Pence fend off Trump and attorney John Eastman, who leaned on Pence in the days before Jan. 6. During testimony to the select committee, Short and Jacob declined to discuss their direct interactions with Trump, citing privilege issues. But it appears prosecutors have managed to pierce that veil and may now be privy to more detailed information about the run-up to Jan. 6.

There’s at least one episode on that day of which only Pence may have direct knowledge. Trump called Pence at 11:20 a.m. on Jan. 6, and witnesses in the Oval Office described Trump as harshly berating his VP in an effort to convince him to try to subvert the election later that day. How Pence responded to the browbeating remains a mystery. Short and Jacob said Pence left the room during that call and never briefed them on the exchange. In fact, Jacob told the select committee that Pence, as a matter of practice, never divulged details of his private conversations with Trump.

After his call with Trump, Pence headed to the Capitol where he formally announced he would refuse to go along with Trump’s effort, further inflaming a mob that had gathered outside at Trump’s urging and would soon force Pence and lawmakers to flee for safety.