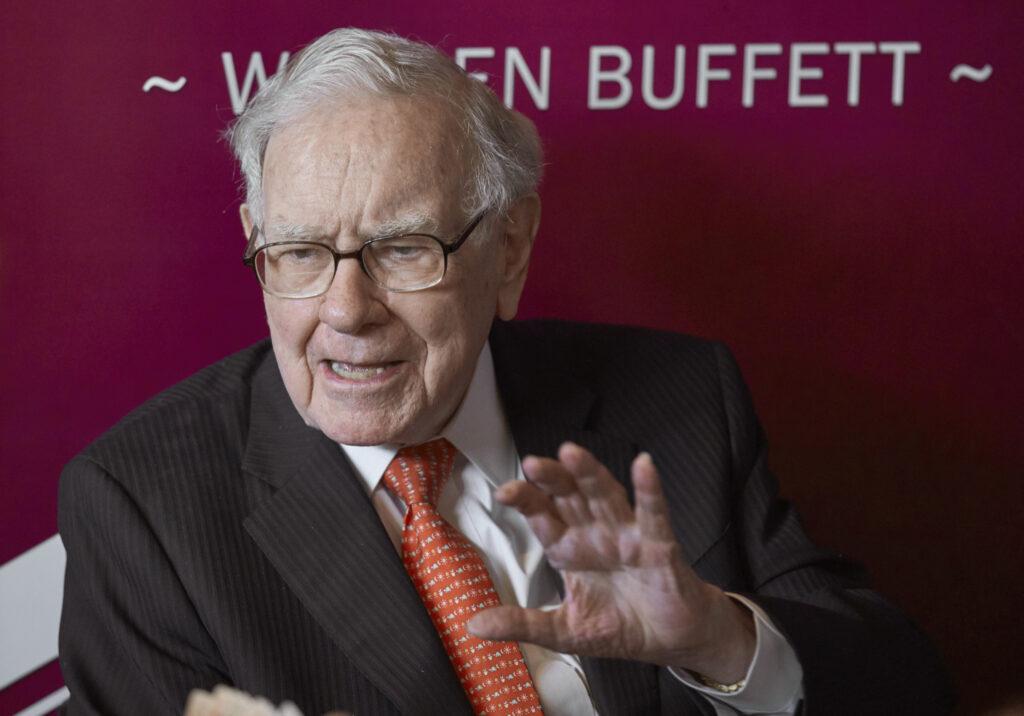 Berkshire Hathaway announced that Billionaire Warren Buffet, the owner of the company, has donated over $750 million to the four charity foundations owned by his family. This time buffet didn’t donate to Bill & Melinda Gates foundation as every summer. The Associated Press has the story:

Billionaire investor Warren Buffett donated more than $750 million in Berkshire Hathaway stock to the four foundations run by his family Wednesday, but unlike his annual gifts to charity each summer, the recipients didn’t include the Bill & Melinda Gates Foundation.

Buffett has been making annual donations to the same five charities every year since 2006 when he unveiled a plan to give away his fortune over time, with the Gates Foundation receiving the biggest donations. Wednesday’s donations mark the first time the 92-year-old has made a second major gift within the same year.

The only other major change Buffett has made to his giving plans over the years came a decade ago when he significantly increased the amount pledged to the foundations his children run because he was pleased with what they had done with his money.

The Susan Thompson Buffett Foundation keeps a low profile, but over the years it has been a major supporter of abortion rights, making large gifts to Planned Parenthood and other groups. Buffett hasn’t announced any changes in his giving plans since the U.S. Supreme Court overturned Roe v. Wade earlier this year.

Susie Buffett, 69, uses her Sherwood Foundation to strengthen early childhood education and support a number of projects around Buffett’s hometown of Omaha where she also lives. Howard Buffett, 67, is helping farmers in impoverished nations produce more and working to end world hunger with his namesake foundation. Peter Buffett, 64, has dedicated his NoVo Foundation to empowering women and girls worldwide through education, collaboration and economic development to end violence against women.

Even after these latest gifts, Buffett still controls more than 31% of Berkshire’s voting power.

Berkshire Hathaway is an eclectic conglomerate that owns more than 90 companies including BNSF railroad, Geico insurance, several major utilities and an assortment of manufacturing and retail firms including Precision Castparts, Dairy Queen and Helzberg Diamonds. In addition to the companies it owns outright, Berkshire owns major investments in Apple, Bank of America, Coca-Cola and other companies.