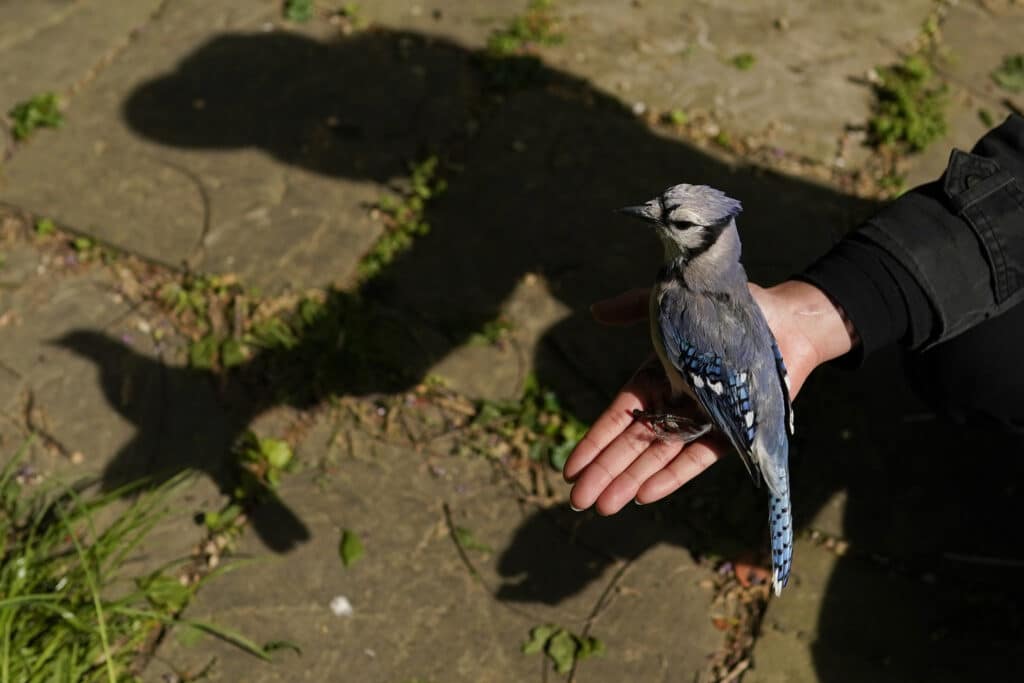 Homeowners in the Washington D.C. area are helping an ecologist track the annual migration of robins. They can record their daily observations on Cornell University’s popular bird-watching smartphone app, eBird. The Associated Press has the story:

Scientists using homeowners to help them study birds in their yards

WASHINGTON (AP) — Georgetown University ecologist Emily Williams first became fascinated with birds not because of their beauty, or their sweet songs. She was riveted by their extraordinary travels.

“Realizing that this tiny animal that can fit in the palm of your hand can travel thousands and thousands of miles one way in spring, and then does it again later in the year, was just amazing to me,” she said. “I have always been dazzled by migration.”

This spring and summer, her research project tracking the annual migration of American robins has gotten a boost from the enthusiasm of homeowners in the greater Washington area, who’ve let her and a research assistant set up makeshift research stations in their backyards before dawn — and sometimes contributed their own notes and observations.

Several homeowners have eagerly shown her where they’ve discovered robins’ nests in their azalea bushes, or shared diaries they’ve made on the movements of birds passing through their yards — not only robins, but also cardinals, blue jays, house wrens, tufted titmice, white-throated sparrows, even red-shouldered hawks.

Williams often begins her fieldwork at 4:30 a.m., but she can only be in one backyard at a time. And so her research, like that of many biologists, benefits from the cooperation and excitement of a growing number of citizen scientists — some of whom record their daily observations on Cornell University’s popular bird-watching smartphone app, eBird.

“People who love birds and report their sightings — that’s really helping scientists learn in much greater detail about birds’ behavior and distribution,” said Adriaan Dokter, an ecologist at Cornell.

Arjun Amar, a conservation biologist at the University of Cape Town, has even used photos uploaded by citizen scientists on Cornell’s platform as the foundation of new research projects — such as examining global variations in the stripes on peregrine falcons’ faces, which reduce solar glare and allow them to dive at breakneck speeds. “This wouldn’t have been so possible before,” he said.

The pandemic that put much of normal life on pause — stopping travel and shutting people in their homes — also afforded more time for many families to study the wildlife in their own backyards.

A boom in amateur bird-watching

Cornell’s records show a boom in amateur bird-watching. The number of people submitting eBird checklists — recording their bird sightings — was up 37% in 2020 compared with the previous year. The annual “big day” event, when people are encouraged to submit sightings during spring migration (this year, on May 8), also set participation records.

Those numbers don’t surprise Williams, who says many of her non-scientist friends have taken up bird-watching during the past year.

“Maybe you’d have to travel to Alaska or Canada to see a grizzly bear, or go to Africa to see a zebra — but birds are literally right outside your door, anywhere you are in the world,” she said. “People have really started to pay more attention to their backyards because they had to stay home so much. I think it’s a huge boon for us as scientists, that more people appreciate birds.”