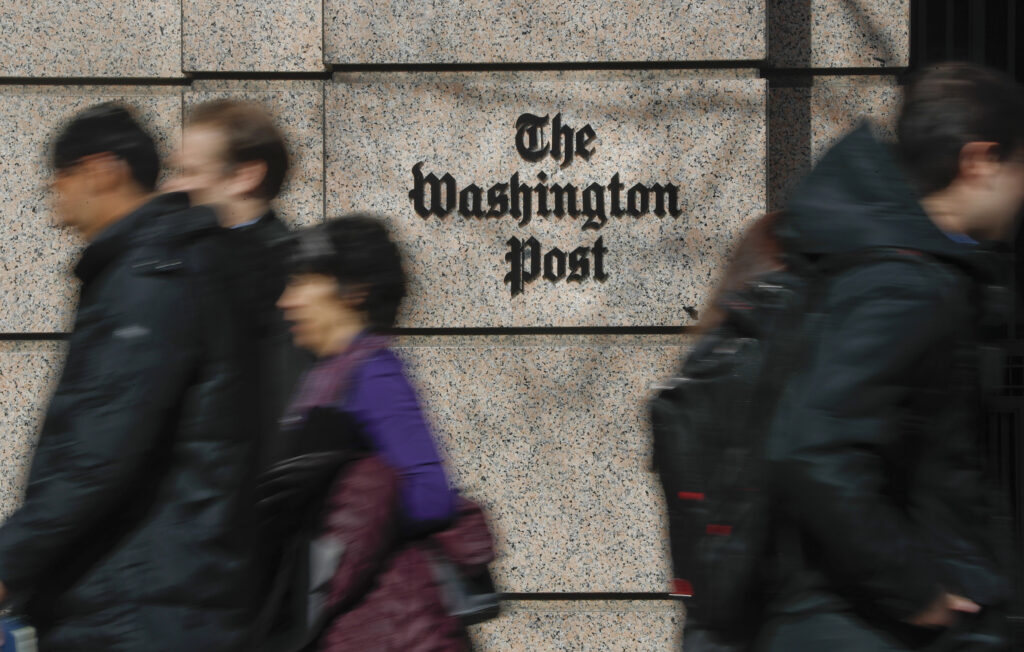 What started out as a seemingly innocuous Twitter dispute has resulted in the firing of a Washington Post reporter, Felicia Sonmez. It all began when Sonmez criticized another reporter for retweeting an offensive joke. That reporter, Dave Weigel, was suspended for a month. The Associated Press has the story:

NEW YORK (AP) — The Washington Post has fired Felicia Sonmez, who triggered a vigorous online debate this week over social media policy and public treatment of colleagues after she criticized a fellow reporter for retweeting an offensive joke.

The Post said Friday it would not comment on personnel issues. But a copy of a termination letter sent Thursday, accusing her of “insubordination, maligning your coworkers online and violating the Post’s standards on workplace collegiality and inclusivity” was published on the Mediaite website and quoted in other news accounts.

The incident began when Sonmez tweeted a screen shot of an offensive joke that a colleague, Dave Weigel, had sent out on Twitter, adding the comment: “Fantastic to work at a news outlet where retweets like this are allowed.” The Post suspended Weigel for a month for his retweet, according to published reports.

That prompted another reporter, Jose Del Real, to criticize Sonmez online. While saying Weigel had been wrong, Del Real called for compassion. “Rallying the Internet to attack him for a mistake he made doesn’t actually solve anything,” he wrote.

That led to a contentious back-and-forth, with Sonmez accusing Del Real of attacking her.

As an online debate widened and drew in more people, Post executive editor Sally Buzbee sent out two memos calling on staff members to show respect for each other. The second, on Tuesday, was more stern: Buzbee wrote that “we do not tolerate colleagues attacking colleagues either face to face or online.”

As it consumed more attention, a handful of Post employees tweeted their support of the newspaper as a good place to work. Sonmez noted that those people were among the newspaper’s best-paid stars, and suggested there has been a longstanding double standard in how social media policy is applied to them.

She also retweeted a screen shot that said Del Real had blocked her on Twitter, adding the comment, “So I hear the Washington Post is a collegial workplace.”

While it was consuming attention, another Post reporter, Lisa Rein, tweeted to Sonmez: “please stop.”

Sonmez, who worked at the Post in the early 2010s, left and rejoined, sued the Post and its top editors last year, charging discrimination in barring her from covering stories related to sexual assault after she had previously gone public as an assault victim herself.

In the termination letter, signed by Human Resources Officer Wayne Connell, the Post said that in questioning the motives of colleagues, Sonmez was undermining the Post’s reputation for journalistic integrity and fairness.

“The same is true of your baseless derision directed to our policies and practices, and our commitment to a safe and supportive work environment,” he wrote.

Sonmez’s union, the Washington-Baltimore News Guild, said it is committed to ensuring that workers are only disciplined with just cause, but that it did not comment on individual personnel issues.

One Post columnist, Karen Attiah, tweeted on Friday that Sonmez had “always been incredibly kind and supportive” of her, and had reached out when Attiah had been the target of online abuse.