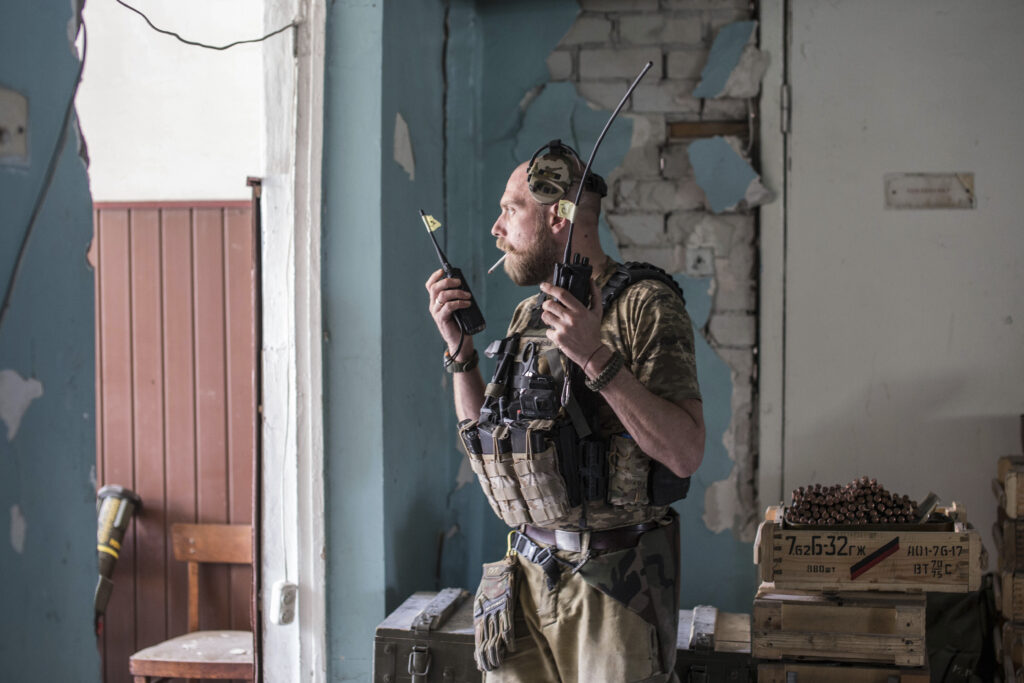 Most of the world knew this was going to happen, it is those who underestimated Ukraine and overestimated Russia who are to blame, because the consensus at the outset of the invasion was that Russian troops would be sitting in Kyiv, capturing the city within just 48 hours, and here we are going on 4 months later, and Kyiv still hasn’t fallen. So, as Vladimir Putin’s frustrations grow, so does the power of the weapons he has his troops employ, weapons more deadly and capable of great destruction are coming into play, with the Donbas region clearly in Russia’s sights. As reported by the AP:

Russia is likely using the 5.5-tonne (6.1-ton) anti-ship missiles because it is running short of more precise modern missiles, the British ministry said

KYIV, Ukraine (AP) — Ukrainian and British officials warned Saturday that Russian forces are relying on weapons with the potential to cause mass casualties as they try to make headway in capturing eastern Ukraine and as fierce fighting depletes resources on both sides.

Russian bombers have likely been launching heavy 1960s-era anti-ship missiles in Ukraine, the U.K. Defense Ministry said. The Kh-22 missiles were primarily designed to destroy aircraft carriers using a nuclear warhead. When used in ground attacks with conventional warheads, they “are highly inaccurate and therefore can cause severe collateral damage and casualties,” the ministry said.

Both sides have expended large amounts of weaponry in what has become a grinding war of attrition for the eastern region of coal mines and factories known as the Donbas, placing huge strains on their resources and stockpiles.

Russia is likely using the 5.5-tonne (6.1-ton) anti-ship missiles because it is running short of more precise modern missiles, the British ministry said. It gave no details of where exactly such missiles are thought to have been deployed.

Ukraine’s deputy head of military intelligence, Vadym Skibitsky, told The Guardian newspaper that Ukraine was using 5,000 to 6,000 artillery rounds a day, and is now dependent on what the West gives it.

A Ukrainian regional governor has accused Russia of using incendiary weapons in the village of Vrubivka in Ukraine’s eastern Luhansk province, southwest of the fiercely contested cities of Sievierodonetsk and Lysychansk.

While the use of flamethrowers on the battlefield is legal, Serhii Haidai, governor of Luhansk province, alleged the attacks overnight caused widespread damage to civilian facilities.

“Information about the number of victims in Vrubivka, in the Popasnyanska district, is being specified. At night, the enemy used a flamethrower rocket system – many houses burnt down,” Haidai wrote on Telegram on Saturday morning.

He also said that Russian forces continued their assault on Sievierodonetsk and were destroying critical industrial facilities, including railway depots, a brick factory and a glass factory in neighboring Lysychansk.

“(Russians are) destroying world-famous factories. Thousands of Sievierodonetsk residents dream of returning and crossing the first checkpoint at Azot (a chemical plant), but the enemy is destroying both the city itself and the chemical industry,” he said.

The accuracy of Haidai’s claims could not be immediately verified.

EUROPEAN UNION LEADER BACK IN KYIV

Von der Leyen said she and Zelenksyy would “take stock of the joint work needed for reconstruction and of the progress made by Ukraine on its European path.”

The European Commission, the EU’s executive arm, is expected next week to deliver an opinion on Ukraine’s request to be granted EU candidate status, which would be a first step on the long path toward membership.

Von der Leyen is making her second visit to Ukraine since Russia invaded its neighbor. She was one of the first European leaders to go to Ukraine during the war.

A Telegram post by TASS cited a Russian-installed local official as the original source of the information. It did not specify how many Melitopol residents had requested or received Russian citizenship.

Earlier on Saturday, the agency reported that more than 800,000 people in separatist-held territories in Ukraine’s industrial east had received Russian citizenship “through a simplified procedure” since April 2019.

Melitopol is located outside of the Donbas in the region of Zaporizhzhia, which is still held partly by Ukraine.

Nearly 800 children have been killed or injured in Ukraine since the beginning of Russia’s invasion, Ukrainian authorities said Saturday.

According to a statement by the Office of the Prosecutor General of Ukraine, at least 287 children died as a result of military activity, while at least 492 more have been injured. The statement stressed the figures were not final and said they were based on investigations by juvenile prosecutors.

The officer said children in Ukraine’s Donetsk province, which together with Luhansk makes up the Donbas, suffered the most, with 217 reported killed or injured, compared with 132 and 116, respectively, in the Kharkiv and Kyiv regions.

The Ukrainian army said Saturday that Russian forces were regrouping to launch an offensive on the Donetsk province city of Sloviansk.

Moscow-backed rebels have controlled self-proclaimed republics in both Donetsk and Luhansk since 2014, and Russia is trying to seize the territory still under Ukrainian control.

In its regular operational update, the General Staff of the Armed Forces of Ukraine said Russian soldiers managed to get a foothold overnight in the village of Bohorodychne, 24 kilometers (about 15 miles) northwest of Sloviansk, and were preparing to attack the city.

The Donetsk regional police said Russian missiles hit 13 towns and villages in the province overnight. In a statement, the police said that civilians had been killed and wounded, without specifying numbers. Donetsk and Luhansk make up the Donbas,

The Ukrainian army’s update said that the threat of missile and airstrikes on Ukraine from Belarus remains, noting that the Belarusian government extended military exercises along the Ukrainian-Belarusian border until June 18.

According to the Main Directorate of the State Emergency Service in the region, a Russian shell destroyed a private house in the town of Chkalovske, killing four people. Another two were injured in “massive shelling” of homes in Derhachi, on the outskirts of the regional capital, Kharkiv, it said.

The Kharkiv region, home to Ukraine’s second-largest city, is north of the Donbas.

By DAVID KEYTON and JOHN LEICESTER