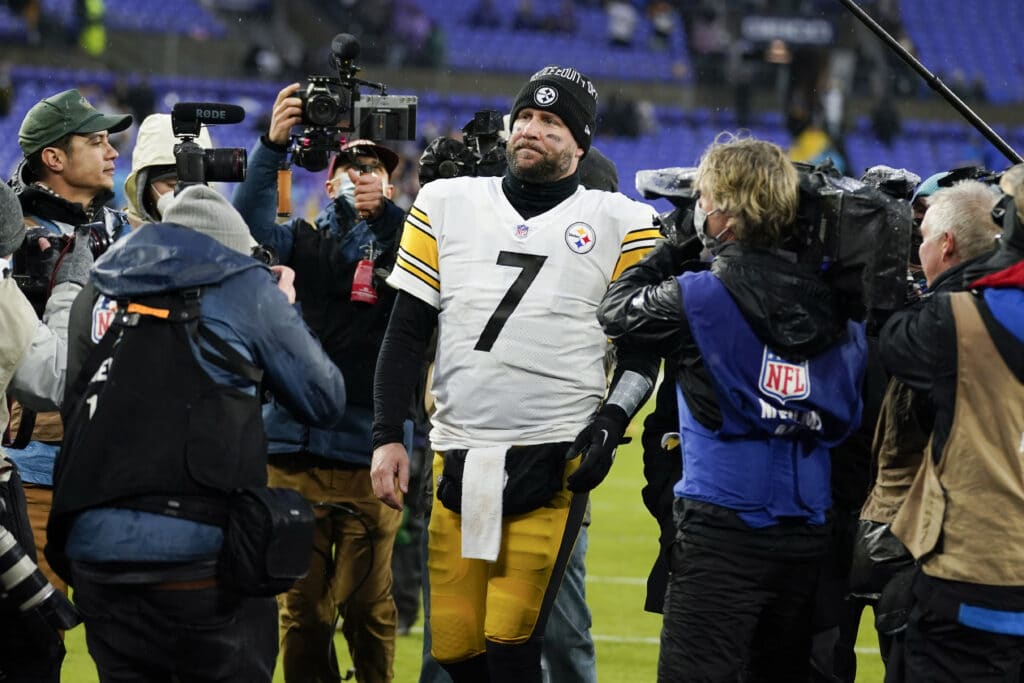 It always is fun to watch a close football game, especially one that goes into overtime, for Ben Roethlisberger and the Pittsburgh Steelers it was a great win that launches them into the playoffs. Roethlisberger delayed his retirement for a little longer, guiding Pittsburgh to a 16-13 win over the Baltimore Ravens on Sunday, making Steelers fans very happy indeed. As reported by the AP:

Both Baltimore and Pittsburgh had slim playoff hopes coming in, the Steelers needed to win and have Indianapolis lose to Jacksonville to have any chance at the playoffs

BALTIMORE (AP) — Calm as can be on what could have been his final pass, Ben Roethlisberger was right on target, finding Ray-Ray McCloud over the middle on fourth down to set up Pittsburgh for the winning field goal in overtime.

Roethlisberger delayed his retirement for a little longer, guiding Pittsburgh to a 16-13 win over the Baltimore Ravens on Sunday that left the Steelers on the verge of an improbable playoff berth. Then they had to sweat out a night game between the Chargers and Raiders. Any result other than a tie would put Pittsburgh in the postseason, but those two teams were indeed deadlocked until Las Vegas kicked a field goal at the end of overtime to win 35-32.

Hours earlier, Chris Boswell made a 36-yard field goal with 1:56 remaining to win the game for Pittsburgh. At the time, the Steelers (9-7-1) didn’t sound too worried about the possibility that a Chargers-Raiders tie could still knock them out.

“I’m just happy for Ben,” Boswell said. “We’re sending him to the playoffs. This team deserves it.”

Both Baltimore and Pittsburgh had slim playoff hopes coming in. The Steelers needed to win and have Indianapolis lose to Jacksonville to have any chance of extending Roethlisberger’s career with a postseason appearance. The Ravens needed a win, a loss by the Colts — and losses by the Dolphins and Chargers later in the day.

The most unlikely part of those scenarios — Indianapolis losing to lowly Jacksonville — actually happened. The crowd in Baltimore, which included plenty of towel-waving Pittsburgh fans, roared its approval when highlights of that game were shown. The Jaguars prevailed 26-11 and were in control for much of the second half.

“We knew we had to take care of our business first and foremost,” Roethlisberger said. “It took extra time, but we found a way to do it.”

The Steelers and Ravens (8-9) would have both been eliminated if their game had ended in a tie, so it was no surprise when Pittsburgh went for it on fourth-and-8 from the Baltimore 41 with 2:28 left in OT. McCloud made the catch for a 10-yard gain.

After the winning field goal, Roethlisberger held up his fist in celebration and went slowly to the middle of the field to commiserate with Ravens linebacker Justin Houston.

Latavius Murray put the Ravens ahead 10-3 with a 46-yard touchdown run in the third quarter, but Baltimore lost its sixth straight game to end the season. Five of the losses in that skid were by three points or fewer.

The Ravens were without star quarterback Lamar Jackson, who missed a fourth straight game with an ankle injury.

Roethlisberger admitted before last week’s home game against Cleveland that all signs pointed to retirement after this season. With one more home game, Pittsburgh fans turned that matchup against the Browns into a memorable celebration of his career.

“I think last week was so much more emotional, it took it all out and just made me feel like, ‘Let’s go play,'” Roethlisberger said. “At no point during this game did I think, ‘Man, this is it, it’s almost over.’ It just didn’t feel like that.”

It looked as if this would be the end for Roethlisberger when Baltimore led 10-6 and was driving in the fourth quarter, but Tyler Huntley threw an interception in the end zone.

The 39-year-old Roethlisberger threw a 6-yard touchdown pass to Chase Claypool with 2:54 remaining to give Pittsburgh a 13-10 lead.

“You’ve got to pay respect where respect is due. We made it hard on him and he kept coming,” Ravens defensive lineman Calais Campbell said. “He made the plays he needed to. Big Ben, he’s a legend for making the plays in critical moments. He’s a warrior.”

Justin Tucker tied it with a 46-yard field goal.

“It’s definitely a cool thing,” Watt said. “I don’t know if any of it’s really hit me.”

That was the biggest highlight of a first half that didn’t really live up to the standards of past Ravens-Steelers clashes.

After halftime, however, it became clear that Indianapolis was in real danger of losing, and suddenly the stakes in Baltimore went up. Pittsburgh kicked a field goal on fourth-and-2 to make it 10-6 in the third. Then Cameron Sutton of the Steelers intercepted Huntley in the end zone in a huge, missed opportunity for the Ravens.

Pittsburgh squandered a chance of its own in the first quarter, recovering a fumble by Huntley at the Baltimore 39 but managing only a field goal. A false start on running back Benny Snell on fourth-and-1 forced the Steelers to settle for three points.

Watt’s sack helped force the Ravens to kick a field goal in the final seconds of the second. He was also credited with a forced humble earlier.

In the first quarter, Huntley lost the snap, fell on the ball, then tried to get up with it and lost it. Although that took place behind the line of scrimmage, it was not considered a sack for Watt.

The Steelers open the playoffs at Kansas City next Sunday night.

The Ravens head into the offseason.

Previous Article
Can Moroccan Phosphate Save the World from Starvation
Next Article
Bob Saget, beloved TV dad of ‘Full House,’ dead at 65