Can Moroccan Phosphate Save the World from Starvation 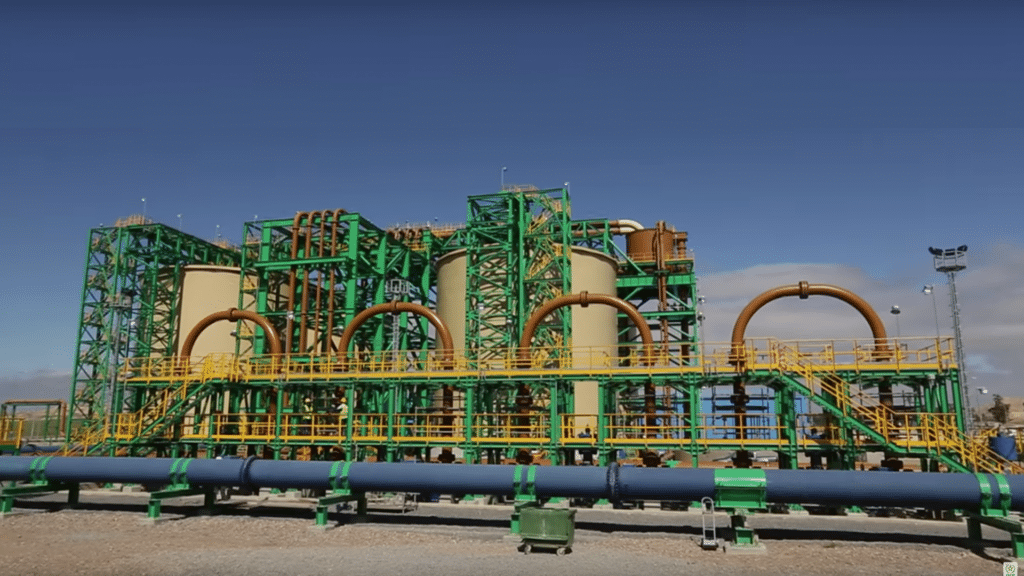 Can Moroccan Phosphate Save the World from Starvation

Soil can naturally have some nutrients in it, but after a few growing seasons, even the most nutrient-rich soil becomes depleted and needs fertilizer to rejuvenate the soil and allow plants to grow. Phosphate is a naturally occurring substance that is essentially plant food.

It used to be commonplace for famine to cause mass starvation. But technology has limited the catastrophic impact of famines. We now have phosphate-based fertilizers to keep the soil rich and rejuvenated. Thus, crop yields are up, and hunger is down. We have drills and pumps that can mitigate against a lack of rainfall. We also have the ability to ship food around the globe — something that only a century or two ago was very difficult to do. There can still be droughts or insect infestations, but we have ways to limit the devastation. As a result, fewer and fewer of the world’s population is threatened with starvation.

This won’t merely make it harder for farmers to make a living, it will make it difficult for the world’s masses to feed themselves. As global agricultural productivity declines, food prices will increase in the United States, but in some parts of the world, people will go without and starve. That’s how the agricultural economy works.

China is not a reliable trading partner because it is governed by communist totalitarians who seek to control the world. They have openly talked of using trade and shipping to place the rest of the world in a subservient position. The totalitarian regime makes decisions based on what advantages their goals of domination, not on what will make the most money or boost profits. They seek to boost their relative power above all else.

The good news is that while China is the world’s largest exporter of phosphate, there are other places in the world where there are plentiful supplies of phosphate. For example, the Kingdom of Morocco — an American ally since 1776 — is the largest. Experts say that Morocco has 75 to 85 percent of the world’s known phosphate reserves and that they are so vast that they could last for up to 400 years at current consumption rates.  So as prices of phosphate skyrocket, Morocco can help ease the shortage.

The good news is Morocco isn’t looking to use its trade policy to disadvantage the rest of the world so as to increase its relative power. Morocco’s leadership is certainly interested in growing their economy for the benefit of their people, but they aren’t hellbent on world domination. They’ve been a reliable ally of the US since just shortly after our Founders declared their independence.

Even if China lifts its phosphate embargo and Russia stops limiting its exports, as demand for lithium-ion batteries increases, the phosphate available for agriculture will be limited and therefore expensive. There are a number of elements needed to make the batteries that power electrical vehicles including graphite, lithium, niobium, cobalt, and phosphate. But phosphate is critical to agriculture too. So if electric vehicles make phosphate in short supply and therefore expensive, not only will food prices soar, but for many of the world’s inhabitants, it will mean mass starvation. This is the natural tension between things that are food and can be used for other industrial purposes. Corn is another example.

Because Morocco is a nation that enjoys economic and political stability and has the needed infrastructure, it is seen by foreign investors as a good place to do business. It is time for the world to free itself of dependence upon China. It is a regime that uses that dependence to achieve political and geopolitical goals. Likewise, Russia’s Putin has cut off natural gas supplies to nations in the dead of winter to force them to make geopolitical concessions. These are the types of trading partners that should be avoided. But Morocco is a stable, reliable trading partner.

Thus, it is time to increase phosphate production around the globe. And one obvious place to focus is with the world’s largest producer of phosphate, Morocco, who also happens to be a reliable trading partner. It is well-past time to move away from dependence on China. International investment in Morocco to help increase its phosphate production will keep our food supplies secure and it will reduce dependence upon China. Both are worthy goals, and both will pay big economic dividends.

Previous Article
Venezuela’s revolution divided in the cradle of Chavismo
Next Article
Roethlisberger, Steelers OT win puts them in playoffs