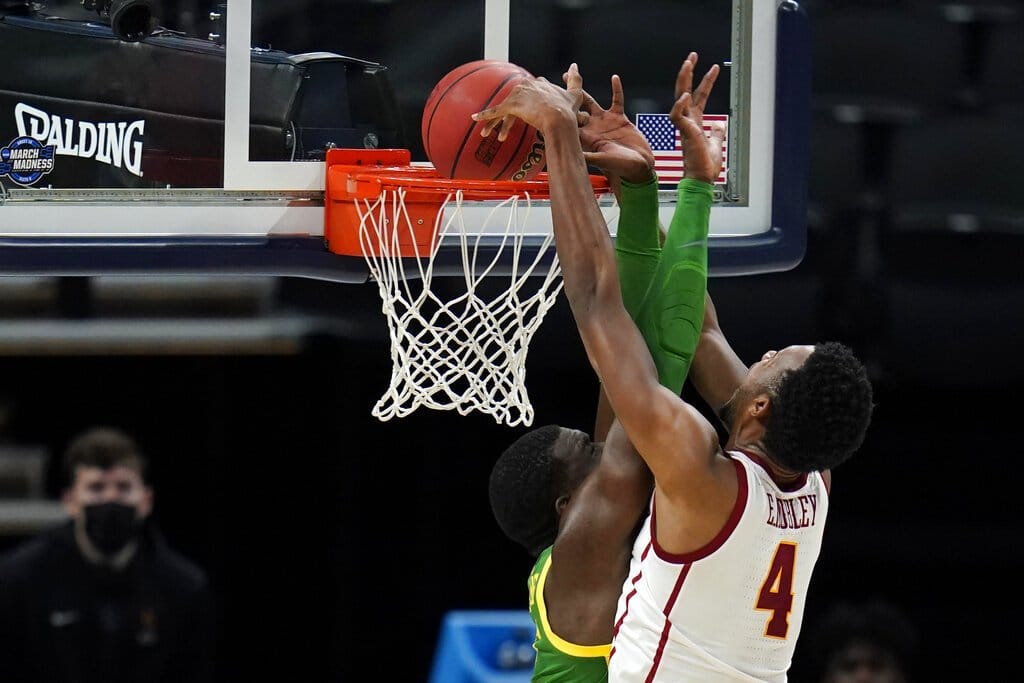 College athletes have long been limited by restrictions on how much schools may give them in terms of education related assistance. A new case may change all that, allowing colleges to provide them with postgraduate scholarships, tutoring, study abroad opportunities, vocational school payments, computer equipment and internships, among other things. The Associated Press has the story:

WASHINGTON (AP) — A Supreme Court case being argued this week amid March Madness could erode the difference between elite college athletes and professional sports stars.

If the former college athletes who brought the case win, colleges could end up competing for talented student athletes by offering over-the-top education benefits worth tens of thousands of dollars. And that could change the nature of college sports.

At least that’s the fear of the NCAA. But the former athletes who sued say most college athletes will never play professional sports and that the NCAA’s rules capping education benefits deprive them of the ability to be rewarded for their athletic talents and hard work. They say the NCAA’s rules are not just unfair but illegal, and they want schools to be able to offer any education benefits they see fit.

“This is letting the schools provide encouragement to be better students and better educated … in return for what amounts to full-time jobs for the school. What could possibly be wrong with that?” said lawyer Jeffrey L. Kessler in an interview ahead of arguments in the case, which are scheduled for Wednesday.

The former players have so far won every round of the case. Lower courts agreed that NCAA rules capping the education-related benefits schools can offer Division I men’s and women’s basketball players and football players violate a federal antitrust law. The narrow ruling still keeps schools from directly paying athletes, but the NCAA says it is a step in that direction.

In an interview, the NCAA’s chief legal officer Donald Remy defended the association’s rules. He said the Supreme Court has previously found preserving the amateur nature of college sports to be an “appropriate, pro-competitive justification for the restrictions that exist in the system of college athletics.”

The NCAA wasn’t happy with the outcome the last time its rules were before the Supreme Court. In 1984, the high court rejected NCAA rules restricting the broadcast of college football. The justices’ ruling transformed college sports, helping it become the multi-billion dollar business it is today.

This time, the justices will hear arguments by phone as they have been doing for almost a year because of the coronavirus pandemic. And the public can listen live. The justices will almost certainly issue a decision in the case before they leave for their summer break at the end of June.

A ruling for the former players doesn’t necessarily mean an immediate infusion of cash to current college athletes. Currently, athletic scholarships can cover the cost of college athletes’ attendance at college. That includes tuition, housing and books, plus a stipend determined by each school meant to cover things like travel expenses and other incidentals. What a ruling for the students means is that the NCAA can’t bar schools from sweetening their offers to Division I basketball and football athletes with additional education-related benefits.

Individual athletic conferences could still set limits. But Kessler said he believes that if his clients win, “very many schools” will ultimately offer additional benefits.

That would mean that to compete for the best players, colleges might offer things like postgraduate scholarships, tutoring, study abroad opportunities, vocational school payments, computer equipment and internships, among other things. And there’s a fear some schools might try to disguise other, improper benefits as permissible education spending.

The former college athletes have some big-time supporters. The players associations of the NFL, NBA and WNBA along with a group of former NCAA executives are all urging the justices to side with the former athletes, as is the Biden administration.

Whatever happens at the high court, how college athletes are compensated is already likely changing. The NCAA is in the process of trying to amend its longstanding rules to allow athletes to profit from their names, images and likenesses. That would allow them to earn money for things like sponsorship deals, online endorsement and personal appearances.

Those efforts have stalled, however. For their part, players at this month’s March Madness tournament have been pushing for reform with the hashtag #NotNCAAProperty on social media. Even if the NCAA changes its rules, however, any money college athletes might make from endorsement deals would be over and above the educational benefits schools might offer as incentives.

As for the justices, they’re not necessarily just watching from the sidelines. The majority are also avid sports fans. Justices Samuel Alito, Sonia Sotomayor and Elena Kagan love baseball. Justice Neil Gorsuch is a Denver Broncos fan, while Clarence Thomas is devoted to the University of Nebraska. Amy Coney Barrett, who was a professor at Notre Dame, has said her football Saturdays were spent tailgating. Justice Brett Kavanaugh wrote simply to lawmakers considering his 2018 nomination: “I am a huge sports fan.”