Spain Morocco: a Model of Euro-African Peace and Security 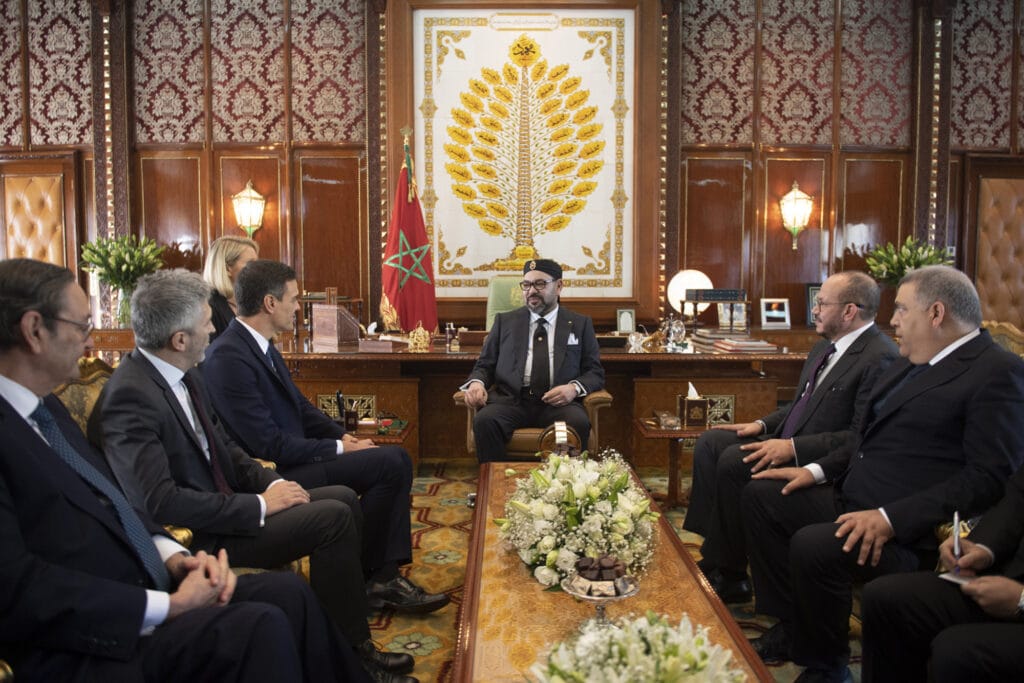 Spain Morocco: a Model of Euro-African Peace and Security

When former US President Donald Trump announced the United States’ recognition of Morocco’s sovereignty over the Western Sahara, many believed that this decision was merely a bias towards Morocco’s position, with which we have an old friendship and the longest relations in the history of the United States.

Some tried to justify Trump’s decision as a barter, in exchange for Morocco restoring its relations with Israel, which is ironic because Morocco’s relations with the Jews are many centuries older than the history of the American nation itself.

I, like many others, believe that the wisdom of President Trump’s decision goes beyond the Western Sahara conflict, and even goes beyond it to levels closely related to European, African and global peace and security in general.

With this decision, President Trump opened the door to the biggest transformation in the north-south relationship that the Mediterranean region has known, between two neighboring countries and close US allies, the Kingdom of Spain and the Kingdom of Morocco.

On the 14th of March, Spanish Prime Minister Pedro Sanchez sent a message to the King of Morocco, in which he affirmed the depth and importance of Moroccan-Spanish relations. The letter also addressed the issue of Western Sahara within a new approach to the traditional Spanish position:

“I am aware of the importance of the Sahara issue for Morocco and of Morocco’s serious and sincere efforts, within the framework of the United Nations to find a mutually acceptable solution. In this sense, Spain considers the Moroccan autonomy proposal presented in 2007 as the most serious, credible and realistic basis for resolving this conflict.” The message says.

By going back to President Trump’s decision to recognize Morocco’s sovereignty over Western Sahara at the end of 2020, we will realize that this decision came out while the Spanish Moroccan relations were going through the worst period in their long history, and even reached the point of Morocco withdrawing its ambassador in Madrid.

Many Americans may not know that the basis of the dispute between Morocco and Spain has nothing to do with any bilateral issues between the two countries, as much as it was the result of an Algerian secret game. By forging the identity of the head of a separatist group and sending him for treatment in Spain that accepted him on its territory, which angered Morocco.

Of course, the American recognition of Morocco’s sovereignty over the Western Sahara came to draw a new road map in line with our security and geostrategic interests in our relations with our allies.

Immediately after that, the German position came in line with the American vision, and here is Spain, the former colonizer of Western Sahara, turning the page on the dispute with Morocco and opening a new page in North-South relations. This is a step that will not only benefit both countries but also the entire North African region and even the world.

I may not be exaggerating if I say that the wisdom of King Mohammed VI of Morocco played an important role in controlling the pace of the dispute with Spain in a manner and wisdom that does not make it transcend the character of the dispute between two neighbors and two friends governed by common history and geography.

In a speech delivered by the King of Morocco on August 8, 2021, which included clear messages to Spain, we will find a clear insistence on the part of the Moroccan monarch to adhere to the principles of legitimate disagreement over controversial issues, but without exaggerating the enmity.

“With sincere optimism, we wish to continue to work with the Spanish Government and its President, His Excellency Mr. Pedro Sanchez, in order to open an unprecedented phase in the relations between our two countries. From now on, these must be based on trust, transparency, mutual consideration and respect for commitments.” The Moroccan king said

These then are the results of wise policies. Yet, some might say that the history of the Moroccan-Spanish relations goes back to before the discovery of the American continent and that it is governed by the inevitability of coexistence by virtue of the neighborhood and does not need American intervention.

To those I will say: Was not Ukraine-Russian relations governed by the imperative of cooperation and neighborliness, but the result is what we are witnessing today; war, killing and destruction.

Today, we as Americans have the right, and President Trump, to be proud that his decision awakened consciences and opened eyes to the credibility of the Moroccan approach, and his leadership’s view of security and peace as the basis of its foreign relations.

The proposal for autonomy under Moroccan sovereignty, which Morocco presented in 2007, does not differ in form or content from what we live here in the United States of a unity among 50 states, each of which has its own local self-government under the sovereignty of the Federal state.

A few days ago, the Moroccan authorities revealed the content of a phone call Between the King Mohammed VI and the Spanish Prime Minister Pedro Sanchez, culminating in the Moroccan King’s invitation to Mr. Sanchez to visit Morocco.

All this means that the dispute is over, and the voice of wisdom has won.

Imagine with me, while the world today is experiencing the woes and consequences of the Russian-Ukrainian war, if the same amount of sobriety and patience were provided, we would not see children homeless, and families would not have lost loved ones.

It is the model, it is the Moroccan-Spanish relationship, the model of Euro-African peace and security