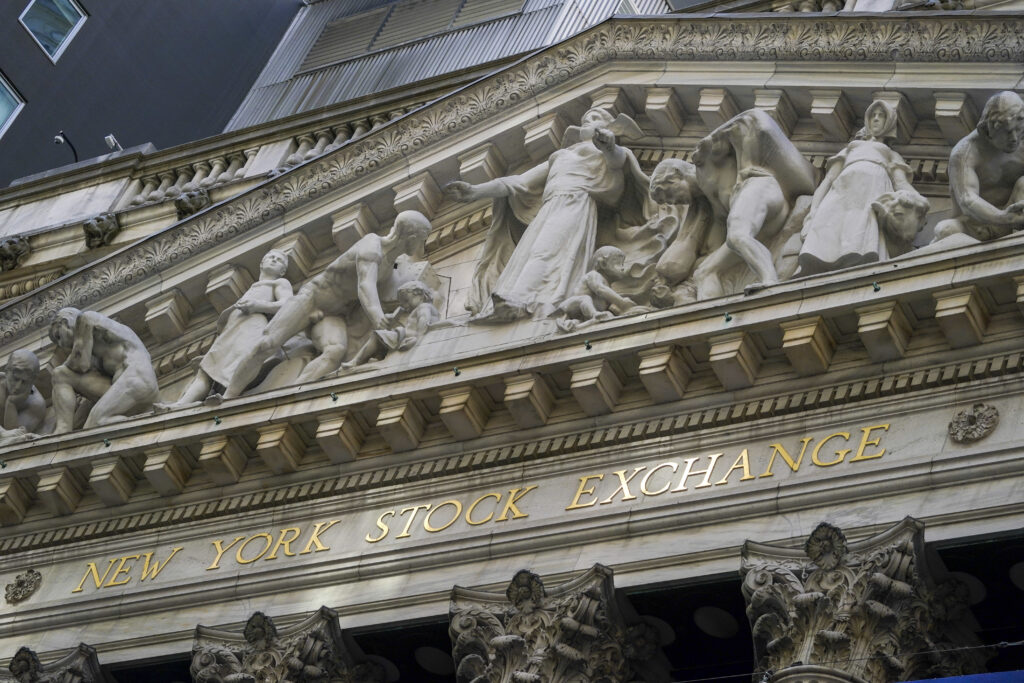 Stocks fell Tuesday as investors struggled to build on a strong start to the week during a busy stretch of corporate earnings. The Dow Jones Industrial Average fell 0.3%. The S&P 500 slipped 51 points, or 0.5%, to 11,308 and the Nasdaq fell 0.4%. Earnings season continued Tuesday with results from 3M and Verizon. Both stocks fell on disappointing guidance. Software giant Microsoft reports after the bell. The Associated Press has the story:

The decline for major indexes marks a reversal from a rally on Monday. Stocks have been volatile as investors try to get a better sense of how inflation is impacting the economy, the potential for a recession and whether the Federal Reserve can ease up on its aggressive interest rate increases.

The latest batch of earnings show that companies continue to struggle with the effects of inflation on consumers and supply chains.

Post-it notes and industrial coatings maker 3M fell 6.1% after reporting weak fourth-quarter earnings and announcing job cuts. It is the latest company to announce layoffs as consumers get squeezed by inflation and worries grow about a bigger pullback in spending and a possible recession.

Software and technology giant Microsoft will report its results after the market closes Tuesday.

Markets have been swinging between hope and caution as investors watch to see if the Fed will adjust its inflation-fighting strategy. The central bank has already pulled its key overnight rate up to a range of 4.25% to 4.5% from virtually zero early last year.

The Fed will announce its next rate increase on Feb. 1 and traders expect a quarter-point raise, which would mark a softening of the central bank’s pace.

Markets in Europe were mostly lower.

A preliminary reading for manufacturing in Japan remained steady in January at its lowest level in over two years, with exports declining faster. Tokyo’s Nikkei 225 index gained 1.5%. Many regional markets in Asia were closed for the Lunar New Year.