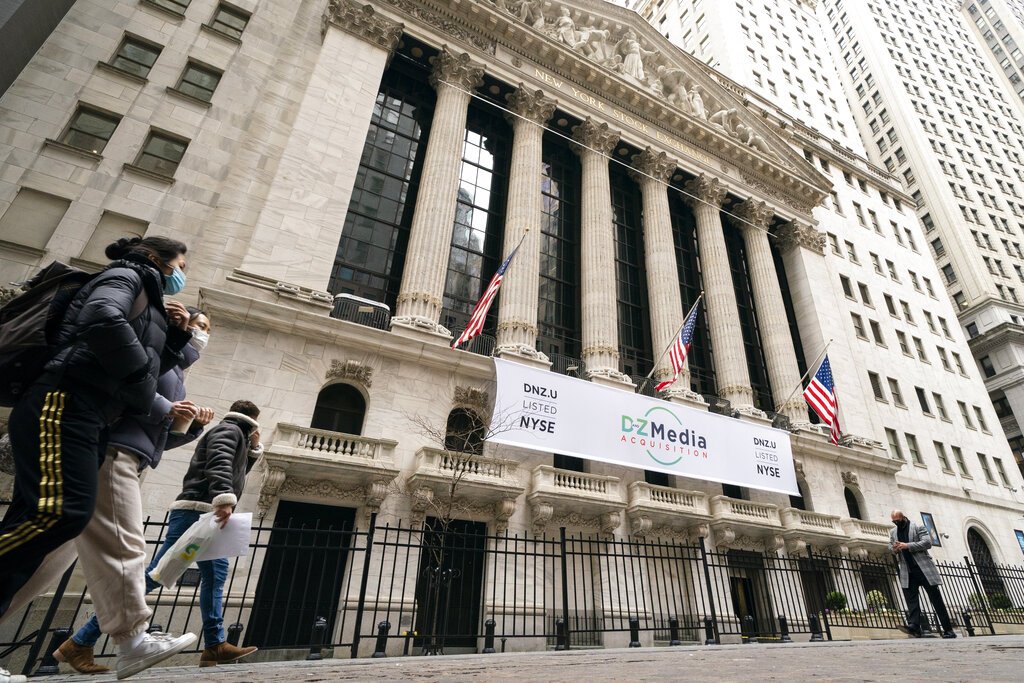 As the effects of the coronavirus pandemic decrease, the stock market is rebounding. Friday ended a good week as the S&P 500 went up 0.2% and the Dow Jones Industrial Average up 3% as of 2:02 p.m. Eastern. The Associated Press has the story:

Major indexes are mostly higher in afternoon trading on Wall Street Friday after a tick up in bond yields helped lift bank stocks.

The broad gains in the market were tempered by technology stocks falling, which has typically happened when bond yields move higher. Crude oil prices also slipped and weighed down energy companies.

“There’s sort of a churning with regard to interest rates and in the market itself,” said Tom Martin, senior portfolio manager with Globalt Investments.

The market has seen both high-flying technology stocks and sectors beaten down by the pandemic taking turns leading the way higher over the last few months. That choppiness will likely continue as investors reevaluate their portfolios, Martin said.

Technology stocks were modestly lower. Apple fell 0.6% and Facebook was down 0.9%.

Homebuilder stocks were broadly higher after the Commerce Department said Friday that U.S. home construction rebounded strongly in March to the fastest pace since 2006, as builders recovered from an unusually frigid February. The report also showed that applications for building permits, a good sign of future activity, increased by 2.7% to a seasonally adjusted annual rate of 1.77 million units. D.R. Horton rose 2.9% and KB Home was up 2.8%.

Investors continue to be focused on the global economic recovery. China’s economy expanded at a sizzling annual pace of 18.3% in the first quarter of the year, the government reported Friday. The world’s second-largest economy contracted, as most of the world did, during the first months of the pandemic.

Traders are welcoming a wave of encouraging economic reports showing how hungry Americans are to spend again, how fewer workers are losing their jobs and how much fatter corporate profits are getting. New data on retail sales and jobless claims Thursday reinforced the view that the recovery is accelerating.

The last round of stimulus from the government helped lift retail sales and investors now have to weigh other proposals in Washington, which include investments in infrastructure and potential tax changes.

“Market participants are just trying to figure out, given the stimulus that’s already in the market, how do we handicap these next couple of rounds,” Martin said.

The market now heads into the busiest two weeks of the earnings reporting season. Expectations are high for companies to show they are recovering from the pandemic or have roadmaps to show when profits will return. Dozens of companies will report next week, including Coca-Cola, Johnson & Johnson, Verizon Communications, Dow Chemical and American Airlines.