Students who got partial loan relief to see full discharge 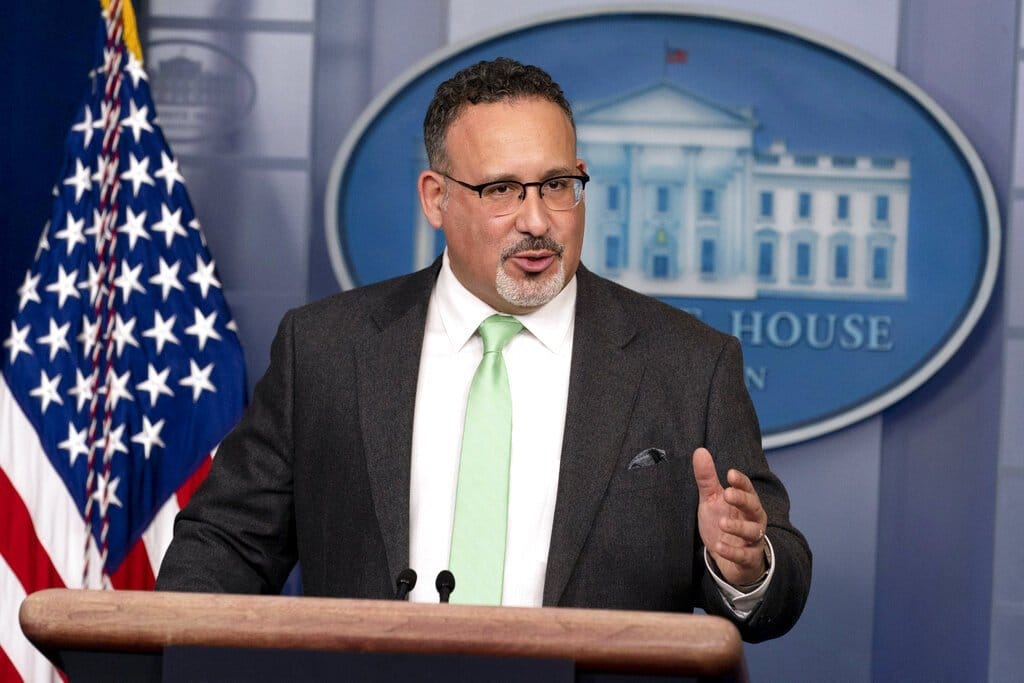 WASHINGTON (AP) — Thousands of students defrauded by for-profit schools will have their federal loans fully erased, the Biden administration announced Thursday, reversing a Trump administration policy that had given them only partial relief.

The change could lead to $1 billion in loans being canceled for 72,000 borrowers, all of whom attended for-profit schools, the Education Department said.

“Borrowers deserve a simplified and fair path to relief when they have been harmed by their institution’s misconduct,” said Secretary of Education Miguel Cardona. “A close review of these claims and the associated evidence showed these borrowers have been harmed, and we will grant them a fresh start from their debt.”

The department said it was rescinding the formula used by the Trump administration to determine partial relief and putting in place “a streamlined path to receiving full loan discharges.”

The decision applies to students who already had their claims approved and received only partial relief, the department said.

A senior department official briefing reporter said the agency was continuing to review both the backlog of claims yet to be decided and those that have been denied.

The department described Thursday’s action as “a first step” and said it would be looking at rewriting the regulations down the road.

The borrower defense to repayment program allows students to have their federal loans canceled if they were defrauded by their schools. The Obama administration had expanded the program aimed at helping students who attended for-profit colleges like Corinthian and ITT Technical Institute, which have shut down.  But President Donald Trump’s education secretary, Betsy DeVos, pulled it back, saying it had become too easy for students to have their loans erased, and revised the program to make it harder for them to get relief, including providing only partial cancellation of the loans.

Congress voted to overturn DeVos’ changes last March, but it was vetoed by Trump.

The Education Department said a total of 343,331 applications for relief under borrower defense had been received as of Feb. 28. Of those, 61,511 had been approved and borrowers notified. Most of the others had been declared ineligible or were still pending.

In addition to having their loans fully canceled, the Biden administration said students who received only partial awards will be reimbursed for any payments made on the loans and have their eligibility for federal student aid reinstated. The department said it also would ask credit bureaus to remove any negative ratings tied to the loans.

“Abandoning partial relief is a strong start for a narrow subset of borrowers, but what we need from the Education Department is an overhaul of the current borrower defense process,” said Toby Merrill, director of the Project on Predatory Student Lending, which represents former students at for-profit colleges.

“The previous administration turned borrower defense into a total sham that was rigged to deny claims without any true consideration,” Merrill said. “The Biden-Harris administration must now address these failings or else perpetuate a system that is stacked against the very students they are supposed to protect.”

Career Education Colleges and Universities, an industry lobbying group, said it had no comment on the Biden administration’s actions.