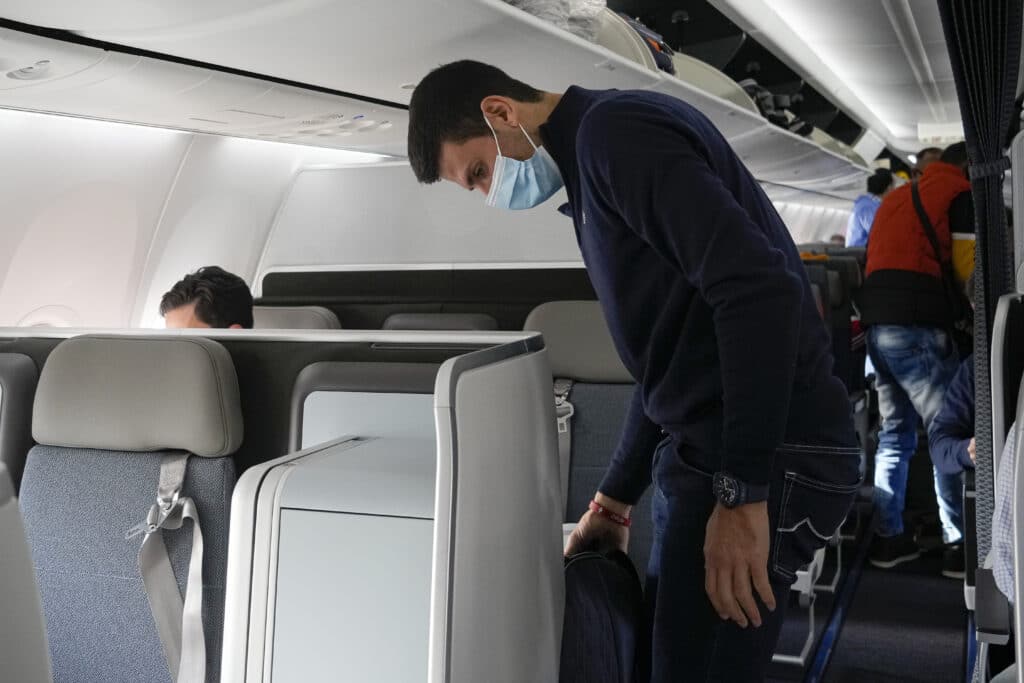 Tennis star Novak Djokovic’s expulsion after a tough immigration fight, shines a light on Australia’s complicated, and strongly criticized, immigration and border policies. Djokovic’s decision to remain unvaccinated for COVID-19 because he has already had the disease and feels he has a natural immunity, is not the view Australia has. As reported by the AP:

MELBOURNE, Australia (AP) — Weary after two years of some of the harshest COVID-19 border restrictions in the world, many Australians wanted tennis star Novak Djokovic kicked out of their country for traveling to a tennis tournament without being vaccinated.

But the backdrop to the government’s tough line on the defending Australian Open champion — and Prime Minister Scott Morrison’s description of the expulsion as a “decision to keep our borders strong” — dates to nearly a decade ago. It also shines a light on Australia’s complicated, and strongly criticized, immigration and border policies.

Back in 2013, the border issue wasn’t unvaccinated foreigners like Djokovic but thousands of asylum seekers from Asia, the Middle East and Africa who flocked to Australia on rickety fishing boats from Indonesian ports.

Now, with the next election due by May, Djokovic has become the new focus of the government’s claim to a tough stance on border protection that leaders hope will win votes. The opposition, meanwhile, argues that Djokovic has exposed government failures in border control and its pandemic response.

Refugee activists say the tennis star’s treatment exposes the harsh treatment of dozens of others detained because of visa issues.

Widespread anger followed a Djokovic post on social media on Jan. 4 that said he had been granted “exemption permission” to fly quarantine-free to Australia to play tennis. He had been approved by an automated visa application process days earlier.

Djokovic arrived at a time when some Australians’ overseas relatives still aren’t able to visit because their COVID-19 vaccine types aren’t recognized by Australian authorities.

Tennis fan Holly McCann, who attended the first day of the Australian Open on Monday, said Djokovic did not deserve to be an exception to strict border rules.

“It should be the rule is the rule, regardless of your status,” McCann said. “I have nothing against him personally, but I don’t think he should be an exception.”

When an expletive-laden off-air conversation between Seven Network television anchors Mike Amor and Rebecca Maddern savaging Djokovic’s character and government bungling of his case was somehow posted online, viewer responses were overwhelmingly positive, suggesting a strong urge for Djokovic to be kicked out.

A poll published by The Sun Herald and Sunday Age newspapers on Sunday showed 71% of respondents did not want Djokovic to be allowed to stay in Australia.

In 2013, when a conservative coalition won the first of three consecutive elections, Morrison, the then-new minister for Immigration and Border Protection, played a key role in revamping what had seemed to many the insurmountable and politically damaging problem of daily unauthorized boat arrivals.

Morrison took credit as government vessels turned back boats and asylum seekers were sent to immigration centers on poor island nations instead of the Australian mainland.

Djokovic’s days in Australia were largely spent in the cramped Park Hotel, which is used for immigration detention, while he fought in the courts to stay in Melbourne. This was welcomed by refugee advocates for the international attention it focused on 60 other people kept in the same high-rise building because they don’t have visas.

When Djokovic’s visa was first canceled, Morrison tweeted, “Rules are rules, especially when it comes to our borders.”

But Melbourne-based refugee advocate Ian Rintoul noted that unlike other refugees and asylum seekers who shared the Park Hotel with the wealthy celebrity, Djokovic was not handcuffed when he was escorted from the building.

“Many people learned that there are refugees being held prisoner by the Australian government for the first time because of Novak Djokovic,” Rintoul said. “That’s the silver lining to this fiasco.”

The political decision to deport Djokovic was made by Immigration Minister Alex Hawke after a court overturned a previous decision by a border official to cancel his visa on procedural grounds when he arrived at Melbourne airport 11 days earlier.

In the first instance, the visa was canceled because his diagnosis with COVID-19 in Serbia last month did not qualify him for an exemption from Australia’s border rules. Foreign visitors have to be fully vaccinated or provide a medical certificate as evidence that they cannot be inoculated for health reasons.

Djokovic had relied on exemptions from vaccine rules provided by Tennis Australia and the Victoria state government.

The 34-year-old Serb was finally deported because Hawke regarded him as a “talisman of a community of anti-vaccination sentiment” whose presence might encourage Australians to emulate his flouting of pandemic safety measures.

Border protection has been a recurring theme in Morrison’s rise to power. While popular at home, the border policies were widely criticized as inhumane and an abrogation of Australia’s international obligations to refugees.

Those in hotel detention with Djokovic came to Australia from camps in Nauru and Papua New Guinea for medical treatment and then gained a court injunction preventing them from being sent back. Some have been detained in hotels for more than two years, Rintoul, the refugee advocate, said.

For almost two years following the start of the pandemic, thousands of overseas Australians were refused permission to return home to go to relatives’ death beds, funerals, weddings and to be introduced to newborn family members.

Considered cruel by many, the travel ban kept Australia’s pandemic death toll down and was supported by a majority of Australians.

But a relaxation of travel restrictions a month ago because of high vaccination levels and the arrival of the highly contagious omicron variant have resulted in Australia recording as many coronavirus infections in the first weeks of 2022 as it tallied in the previous two years of the pandemic.

Morrison has laid the blame for Djokovic’s ill-fated Australian trip squarely on the tennis star.

But opposition spokesperson Kristina Keneally said there was no excuse for the government issuing a visa in the first place for “a known anti-vax proponent.”

“This has been a monumental bungle at our borders by the Morrison government. They want to run around and pat themselves on the back about it. They deserve a kick up the backside,” she said.