The Hirak Movement in Algeria, what Policies Should the Biden Administration Pursue? 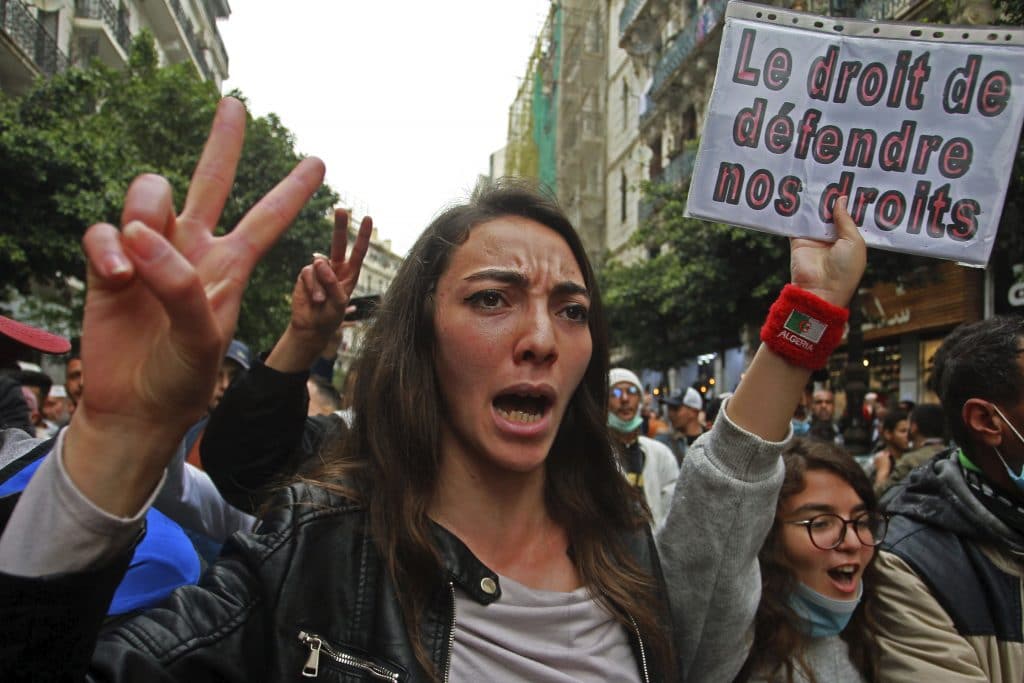 In 2019, a grass roots political movement became a decisive force in Algerian politics.  The term Hirak translates to the “Revolution of Smiles” indicating a nonviolent approach and supporting its focus on democratic principles and human rights.  It began on 16 February 2019 when it called for the removal of President Abdelaziz Bouteflika when he announced his candidacy for a fifth term.  Bouteflika represented the “Old Guard” politics of the National Liberation Front (NLF) Party.  This group had dominated politics since Algerian independence in 1962. Bouteflika had served as Foreign Minister under strongman Houari Boumediene who was President from 1965 until 1978.

Boumediene was Vice President and Chief of Staff to Ahmed Ben Bella, another revolutionary he felt was too erratic in policy guidance. Boumediene relied on former National Liberation Front colleagues in the government, business, and the Algerian Army to gain and maintain control of the country. When Boumediene died of a rare blood disease, he left a power vacuum in Algeria. The Army began to designate the Senior Official to rule Algeria.

Bouteflika had been in the inner circle of Boumediene as Foreign Minister and later led the country as President from 1999-2019.  Bouteflika had successfully navigated the country to a peaceful resolution of its Civil War 1991-2002.  During this conflict, an Islamist political group had successfully won in the polls in 1991 but were denied office by a coup backed by the NLF Party and the Army. This led to a bloody civil war that ended via political intervention in 2002. This had some support for Bouteflika as the politician that settled this conflict but over time public support eroded. This NLF Party led to discontent with its heavy-handed approach to problems.

The Algerian people writ large were tired of this approach and the successful protests of the Arab Spring in Egypt, Tunisia and Libya convinced them that “People Power” may be the way to change government. They were also tired of rampant corruption and cronyism by the government and the army. The use of Algeria’s natural resources was abused, and profit was made by many high-ranking officials in trade and Sonatrac, the government owned energy company. High unemployment and economic stagnation led to popular frustration.

On 10 February 2019, President Abdelaziz Bouteflika released a press statement that he intended to run for a fifth term. Peaceful protests led by Algerian youth in the “Revolution of Smiles-Hirak!” showed the popular groundswell against this act.  This prompted the Algerian Military to call on Bouteflika’s immediate resignation, which he did on 2 April 2019.  Over the spring and summer of 2019 and into 2020 and 2021, “Forces of Change” were created by organizing Women, Youth Human Rights and Trade groups to step up the pressure on the Government to be reorganized. A compromise coalition government was formed when Bouteflika resigned. Under the Algerian Constitution at that time he was succeeded by AbdelKadir Bensalah who was ineligible to run in the succeeding election of 12 December 2019 which was held despite wide popular opposition. With only 39.88% of the registered voters participating, Abdelmadjid Tebboune was elected President in the first round with 58.13% of the vote negating any further election rounds.

Tebboune is a former Prime Minister under Bouteflika (dismissed by him after 3 months) and had also served in many government positions to include Minister of Housing and Urban Development.  Tebboune compromised with steps to amend the Algerian Constitution to focus on democratic principles and rights, recognizing some of the grievances within the Hirak coalition.  However, there has been a recent uptick in these groups that form the coalition composing Hirak.  They are on the move again in 2021 peacefully protesting in the streets.

So what is the current Biden Administration doing to support the promotion of Human Rights and Democracy in this situation? U.S. Secretary of State Antony Blinken has recently stated in a public forum:

Courageous women who stand up for their rights inspire a better world, said U.S. Secretary of State Antony Blinken. Blinken and first lady Jill Biden hosted the 15th annual International Women of Courage Awards in a virtual ceremony on March 8. The ceremony honored a group of brave women, nominated by U.S. embassies from around the world, who have made a difference in their communities, countries and the world. During the ceremony, Blinken emphasized, “that it is often women who lead the charge for human rights, democracy and justice, including in places where women hold much less than half of the political, economic and social power … And it’s often women and girls who are the most vulnerable to human rights abuses.”
This public statement reflects a return to traditional US Foreign Policy often reflected in “Wilsonian Democracy” principles.  President Biden’s first public Foreign Policy statement was to condemn and call for an end to the Yemen conflict.  President Biden brings both legislative and executive branch experience to this approach.

This open encouragement of democratic principles coupled with engaged diplomacy of the Department of State with the government of President Tebboune will lead to a peaceful transfer of power for younger generations who otherwise might become discouraged and turn to extremist groups.  The US Ambassador to Algeria, John Desrocher, attended the closing ceremony for the U.S.-Middle East Partnership Initiative (MEPI)-funded Entrepreneurship, Leadership, and Innovation Program, which has given entrepreneurship training to 1,900 young Algerians in 21 wilayas over the last two years. He was very impressed by these young men and women who have developed ambitious business plans in technology, agriculture, and other fields.  These efforts can make a difference in 2021 and beyond for a changing from the “Old Guard” of the NLF to the Hirak’s newer generations moving into leadership in government and business.