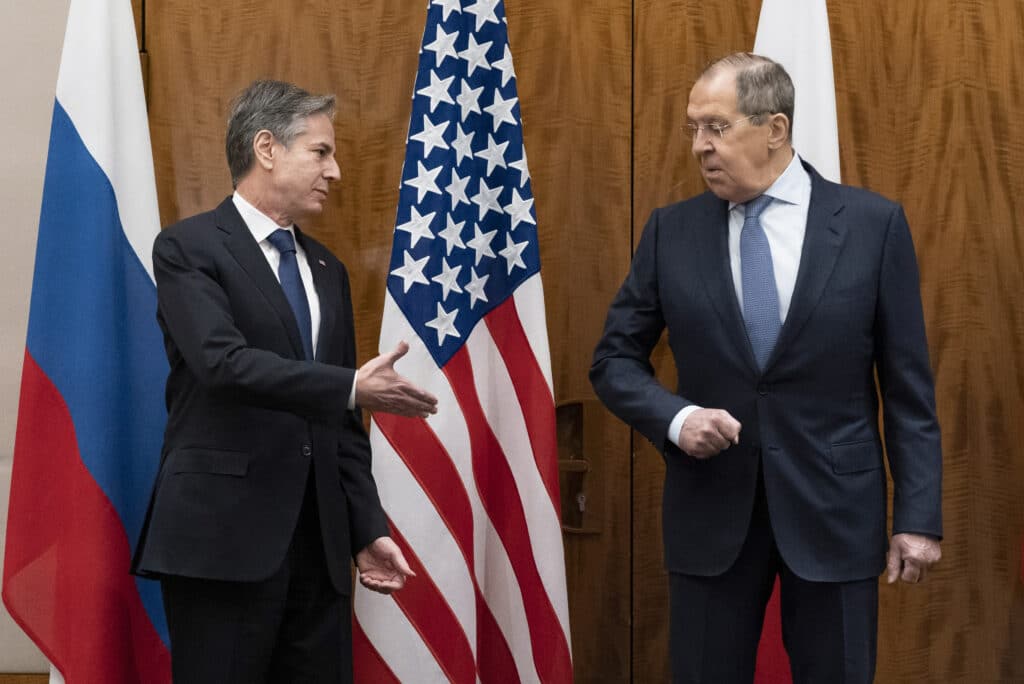 For the past few weeks, and almost certainly for the next few, the world’s top foreign policy concern is the crisis provoked by Russia’s new military threats against neighboring Ukraine.  As a result, analysts have struggled to understand what might link this crisis to other nearby regions, and how various other regional capitals might play a role in containing or confronting this looming Russian aggression.  No crisis, to paraphrase John Donne, is an island.  So developments surrounding Ukraine do indeed have echoes elsewhere.

In this vein, some experts have pointed to major Mideast powers like Turkey, Israel, or Iran, each of whom has significant ties to Moscow, as potential players on Ukraine. Others have speculated about the role that major Mideast energy exporters, like Saudi Arabia or Qatar, could take on, if strict sanctions against Russia’s vital gas exports to Europe followed its invasion of Ukraine.  And still others have focused on possible links between the current extreme tensions over Ukraine and the simultaneous Iran nuclear negotiations, or the simmering Syrian conflict – two prime Mideast arenas in which both Russia and the U.S. are also deeply involved.

Nevertheless, a closer examination of the facts suggests that most of these purported connections are actually quite tenuous, or limited at most.  To put this point in needed perspective, a quick survey of the players follows below. We begin with the one holding the highest profile, if not the closest connection:  Iran.

My colleague Anna Borshcevskaya has written incisively about Russia’s motivation to find linkages between its provocations against Ukraine and other fronts, including Iran.  And for a while, it appeared that some in Washington were tempted to follow suit: perhaps rushing into a Russian-brokered nuclear deal with Tehran, in order to bargain with Moscow over Ukraine; or at least to take the Iranian nuclear “distraction” off the agenda for a while, in order to sharpen the global focus on Ukraine.  A debate over such calculations may have been responsible, at least in part, for the unusually public divisions last week within the American negotiating team at the Vienna nuclear negotiations with Iran.  Just lately, however, statements by more senior American officials have dampened speculation regarding any trade-offs between the Ukrainian and the Iranian files.

Viewed from Tehran, diplomatic and economic reliance on Russia precludes almost any objection to its new threats against another country.  Iran’s official or controlled media have little to say about the Ukrainian crisis, even as they wax eloquent about American or Israeli “aggressions.”  An extreme, even absurd example of this hypocritical Iranian “riyalpolitik” came this week, in one day’s headlines by the Islamic Republic News Agency:  nothing about Ukraine, but this top story, “Iran-China-Russia Alliance Will End West’s Hegemony – Chilean Expert”!

More closely connected to Ukraine is Turkey, which also shares the Black Sea plus tighter historical, ethnic, and contemporary political ties with that East European country.  In this context, a pleasant surprise this week was President Erdogan’s statement that, if Russia does invade Ukraine, Turkey will fulfill its NATO obligations.  Meanwhile, credible reports speak of some Turkish military drones – used so effectively in recent combat zones as far afield as Libya, Syria, and Azerbaijan – arriving in Ukraine.  But, as Soner Cagaptay of the Washington Institute for Near East Policy has correctly pointed out, Turkey’s own delicate and sometimes dangerous relations with Russia compel Ankara to balance these competing interests very carefully, trying to avoid too great an entanglement with Ukraine.

Turning to the energy side of the story, alternative Mideast sources of supply, to compensate for a hypothetical cutoff of Russian exports, are unfortunately much less than meets the eye.  As another colleague, Simon Henderson, has astutely noted, available Israeli or Egyptian gas exports to Europe would be a mere drop in the bucket, even if they were technically feasible at present – which they are not.  Israel is in any case exceedingly wary, for its own strategic reasons, of antagonizing Russia – and the new Russian-Syrian air patrols are pretty clearly designed to reinforce that cautionary message.

By comparison, Qatari gas export volumes and reserves are much greater. Yet the logistical and contractual complications of rerouting them to Europe would be truly daunting.  So here again, much of the media coverage and commentary along these lines turns out to be highly exaggerated.

To be sure, a firmer American position on Mideast issues – whether in Syria, Iraq, Iran, Yemen or elsewhere – might help restore some of Washington’s credibility as it strives to deter a Russian invasion of Ukraine.  Yet the direct connections between that crisis and the Middle East are, upon closer examination, relatively few and far between.  As this capsule survey suggests, to paraphrase Rudyard Kipling this time, Europe’s East and the Middle East:  Never the Twain Shall Meet.